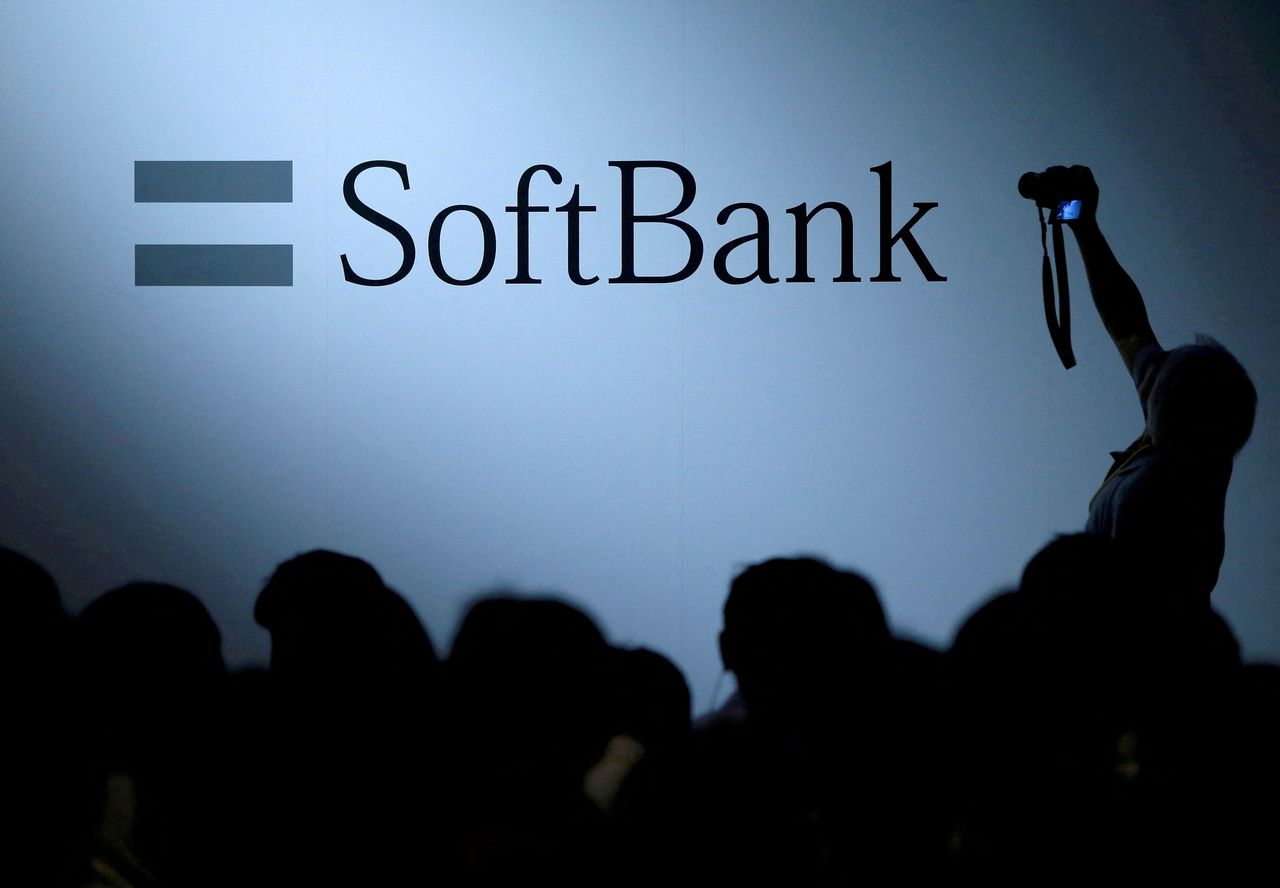 TOKYO (Reuters) - The cost of insuring against a default in SoftBank Group Corp's debt hit a two-year high on Wednesday and its bond yield also climbed as sharp drops in the value of its tech investments have unnerved investors.

The value of marquee companies in the tech investor's portfolio have tumbled, hit by China's crackdown on tech companies, the prospect of higher interest rates and war in Ukraine. Among them, Alibaba Group Holding Ltd and Didi Global Inc have slid 35% and 64% respectively for the year to date.

SoftBank's 5-year credit default swaps rose by around 25 basis points, data from IHS Markit showed. The yield on its unsecured eurobond maturing in 2025 closed at 6.767% on Tuesday, the highest in almost two years. That compares with around 3.1% at the end of last year.

SoftBank shares are trading at two-year lows and were mostly flat on Wednesday morning.

CEO Masayoshi Son said last month "we will definitely be selling a good chunk of assets" as he pivoted after the collapse of the sale of Arm to a plan to list the chip designer in the United States.

SoftBank sold $1 billion worth of Coupang shares last week at a price per share 30% below that of a similar sale in September.

Some analysts have questioned SoftBank's ability to sell down its portfolio in choppy markets, given that many investors have turned sceptical on money-losing companies that lack a clear path to profitability.

"The lack of profitability means there is no clear floor for share prices," Mio Kato at LightStream Research wrote on Smartkarma, adding the Japanese company could face the risk of margin calls.

"We are thus unconvinced about their ability to monetise holdings in any significant manner," he wrote.

SoftBank did not immediately respond to a request for comment.

Clearing by investors exposed to Russian and Chinese bonds could have contributed to SoftBank's rising yields with the conglomerate seen as a riskier investment than other tech firms, said Justin Tang, head of Asian research at United First Partners.

Analysts point to potential deterioration of SoftBank's loan-to-value ratio which rose to 22% at December-end from 19% three months earlier. SoftBank has pledged to keep the ratio below 25% in normal times with a 35% threshold in abnormal periods.

"We believe the environment may be classified as a crisis... which allows SBG to use the 35% threshold instead," Trung Nguyen, a senior credit analyst at Lucror Analytics, wrote on Smartkarma.

In the early days of the pandemic, SoftBank's share price collapsed to below 4,000 yen as valuations slid, triggering a record buyback funded by asset sales. They were trading at 4,256 yen on Wednesday.