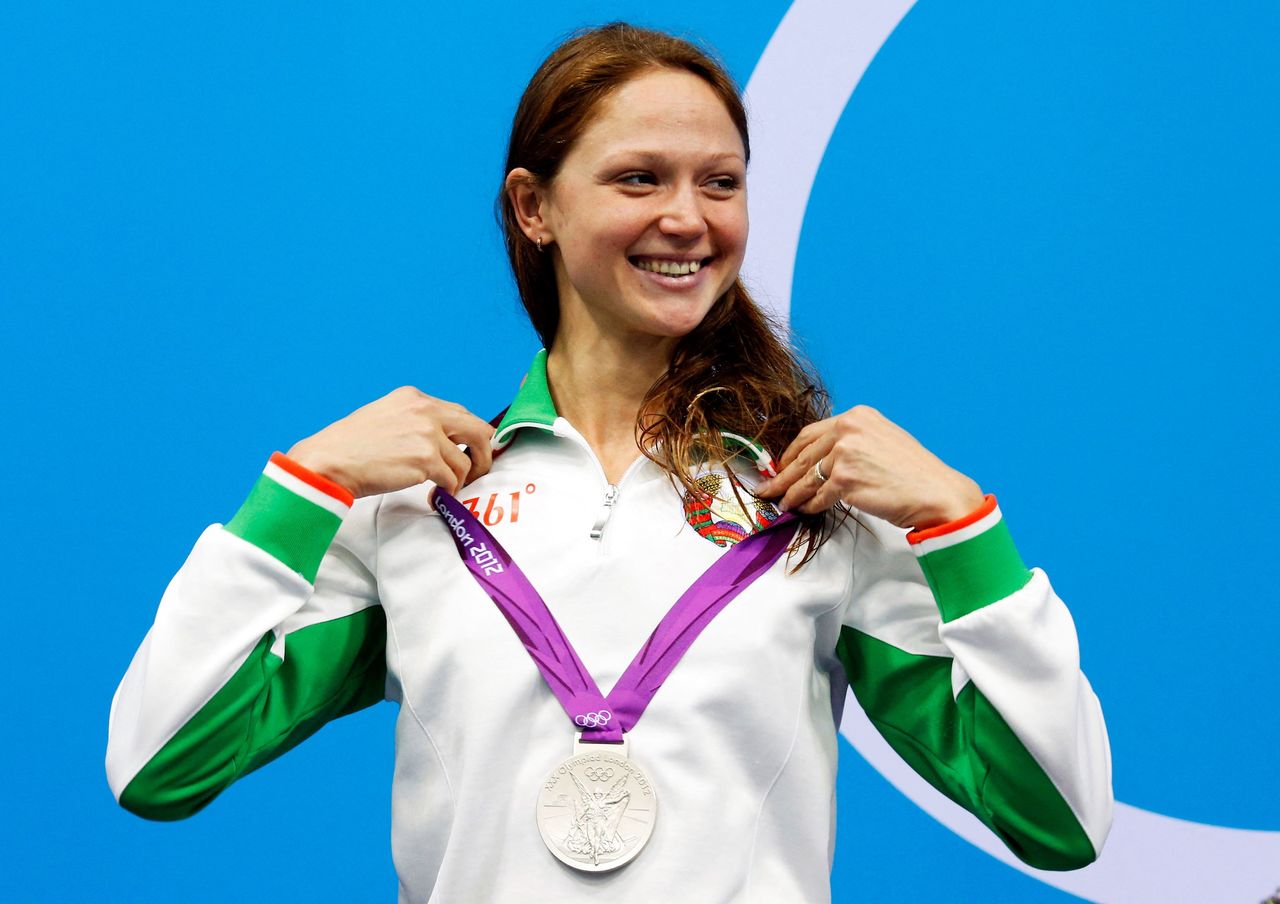 (Reuters) - After bolting to Ukraine to escape political persecution in her native Belarus, Olympic swimmer Aliaksandra Herasimenia never thought she would again be forced to flee, this time to save her family from Russian attack.

Herasimenia, a three-time Olympic medallist, found herself among thousands of Ukrainians massing at the border with Poland as Russian troops advanced on Kyiv.

On the second day of the Russian invasion last month, Herasimenia and her husband, Olympic swimmer Yauhen Tsurkin, scrambled to pack some belongings and set off on a 12-hour car ride to the Polish border with their young daughter and Herasimenia's mother.

With explosions resounding in the background as they inched along congested roads, Herasimenia reassured her three-and-a-half-year-old daughter, telling her it was only thunder.

"Of course I had to make something up because how do you explain to a child that war has started?" Herasimenia, who is now in Warsaw with her family, told Reuters.

Herasimenia was among the elite athletes who fled Belarus in the wake of a crackdown against those who protested what they said was the fraudulent re-election of Alexander Lukashenko in August 2020.

Lukashenko, a close ally of Russian President Vladimir Putin, has denied any wrongdoing.

Russia has used Belarusian territory to launch a multi-pronged invasion of Ukraine, where many Belarusians settled after escaping persecution at home. Moscow says it is conducting a "special military operation" to disarm and "denazify" Ukraine.

"We've been running for a long time," said Herasimenia, whose family waited for nearly a day and a half at Ukraine's border with Poland.

"Those who left were the best of Belarusian society, those who were against what happened after the election, those who spoke out against the violence and expressed their position."

Herasimenia heads the Belarusian Sport Solidarity Foundation, a group that supports athletes who have been jailed or otherwise punished for their political views. These include Krystsina Tsimanouskaya, a sprinter who defected at the Tokyo Olympics last year after being removed from the Games against her will by coaches.

Following a recommendation by the International Olympic Committee (IOC), several international sports federations have barred both Russian and Belarusian athletes from taking part in international events because of the invasion of Ukraine.

The foundation has backed the decision to ban Belarusian athletes but says it supports efforts by those who voiced opposition to Lukashenko to compete independently.

It is also determined to fight discrimination against Belarusians now that their country is viewed an "aggressor" by the public in many Western countries, Herasimenia said.

"We called on the Europeans, Americans and everyone in Ukraine for help. We warned that Lukashenko was very dangerous.

"It's as if this never happened... No difference is being made between those who support Lukashenko and those who fought against him."