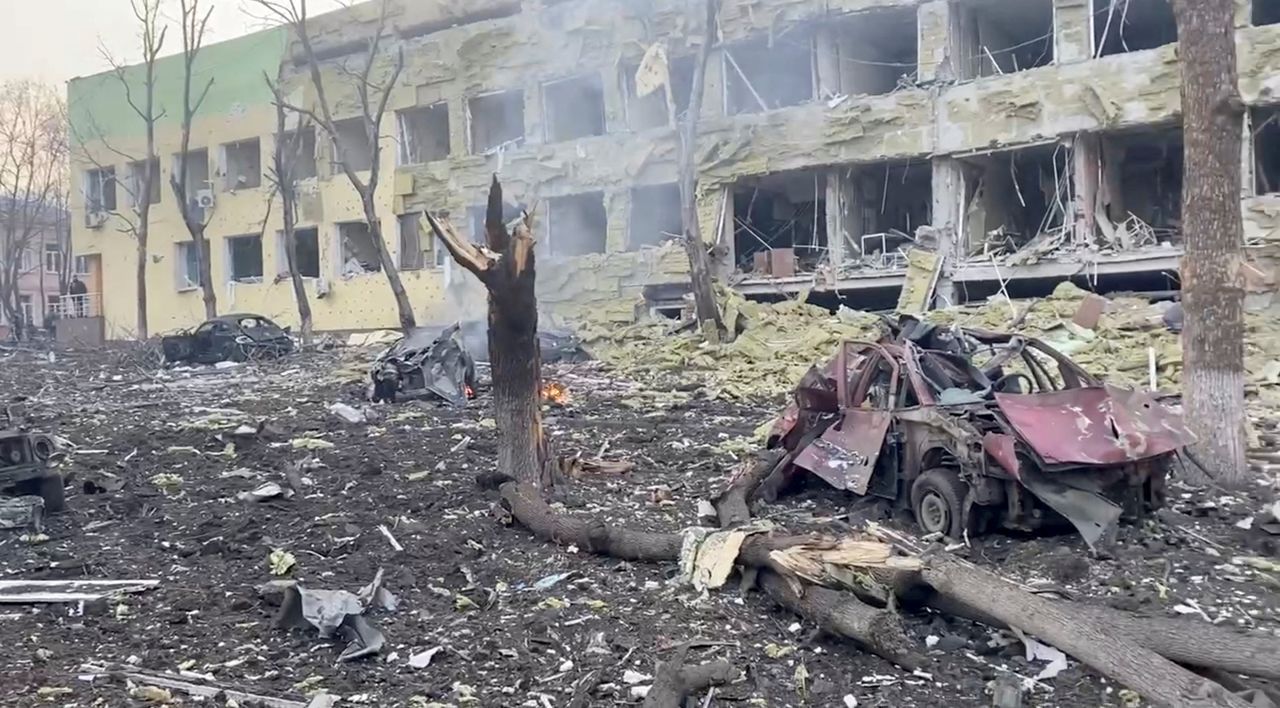 FILE PHOTO: Debris is seen on site of the destroyed Mariupol children's hospital as Russia's invasion of Ukraine continues, in Mariupol, Ukraine, March 9, 2022 in this still image from a handout video obtained by Reuters. Ukraine Military/Handout via REUTERS/File Photo

JERUSALEM (Reuters) - Facebook on Wednesday removed official Russian posts that falsely claimed reports of Russia bombing a children's hospital in Ukraine were a hoax, a company spokesperson said, even as similar messages appeared on other social media platforms.

The misinformation, on Russian Embassy Twitter, Facebook and Telegram accounts, circulated even after Twitter Inc and Meta Platform's Facebook took down posts from the Russian Embassy in the United Kingdom for breaking their rules against denying violent events, an Israeli watchdog found..

A survey by the watchdog, FakeReporter, and verified by Reuters showed the posts were still circulated on at least 18 Russian Embassy or ministry Twitter, Facebook and Telegram accounts.

A Meta spokesperson confirmed the company removed the posts after Reuters contacted them early on Wednesday.

Twitter and Telegram did not respond to Reuters' requests for comment. Russian embassies in Costa Rica, Denmark, Greece, Iceland, Jamaica, Japan, Mexico and Tunisia did not immediately respond to a request for comment about their postings on Facebook.

At least three people including a child were killed in the March 9 air strike on the maternity and children's hospital in the Ukrainian city of Mariupol, Ukrainian President Volodymyr Zelenskiy said.

Russia has shifted its stance over the hospital bombing, with a mix of statements on Thursday that veered between aggressive denials and a call by the Kremlin to establish clear facts. The Defence Ministry at the time denied having bombed thehospital, accusing Ukraine of staging the incident.

The posts on official Russian social media accounts claimed reports of the bombing were a hoax.

Moscow has cracked down on tech platforms during the invasion of Ukraine, which it calls a "special operation," including restricting Twitter and blocking Facebook.

Twitter has also launched a privacy-protected version of its site, known as an "onion service", which can be accessed through the dark web and could bypass such restrictions.