As costs spike in Japan, even businesses tailored to deflation lift prices 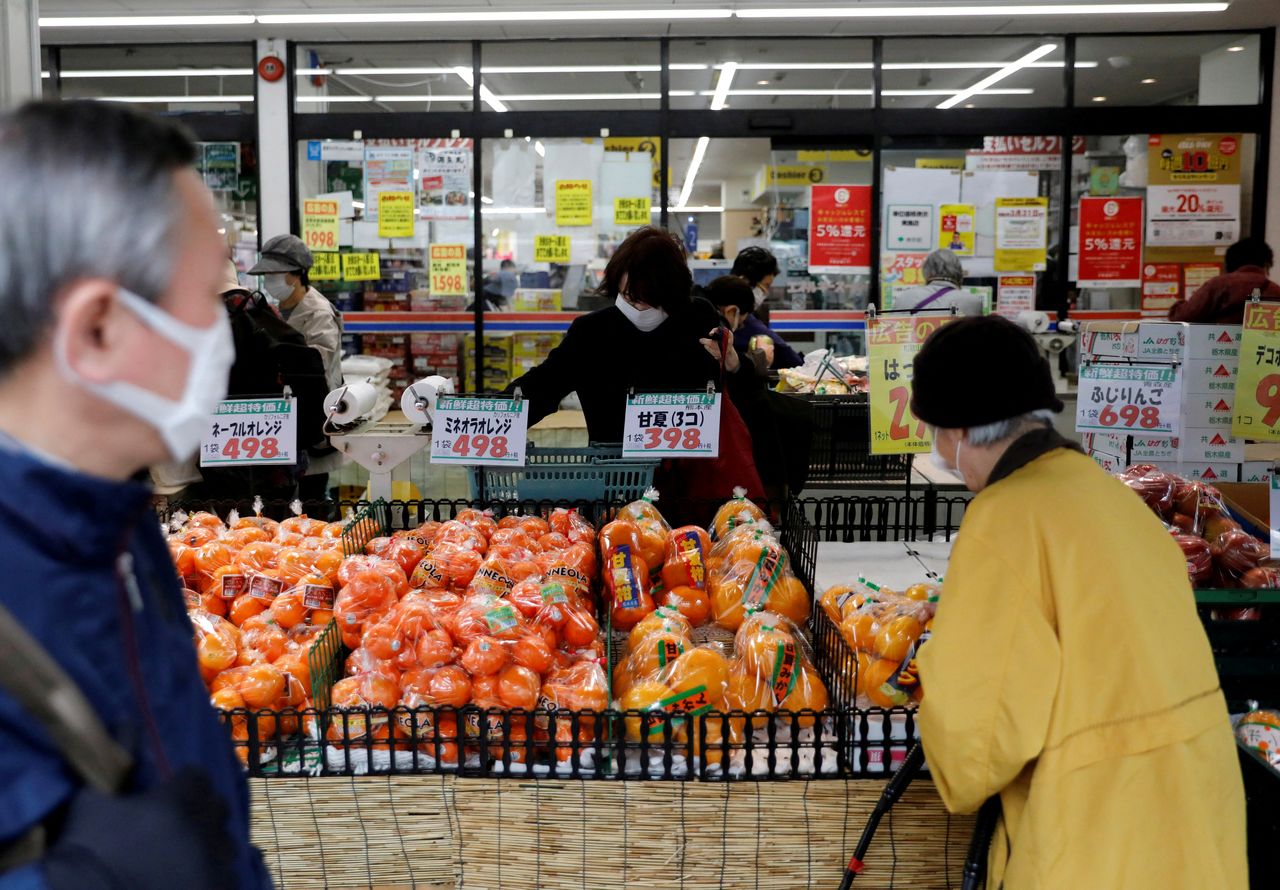 TOKYO (Reuters) - As war in Ukraine drives up already high input costs, even firms with business models fine-tuned to Japan's deflationary economy are toying with higher prices, testing acceptance by consumers hardened by repeated affirmations of an elusive inflation goal.

High street price rises have broadened as wholesale inflation accelerates at record rates, with increases in the prices of commodities such as oil, for instance, reaching shop shelves in the form of more expensive plastic packaging.

In Japan, the knock-on effect has pushed companies used to nearly two decades of deflation to pass on costs more directly than ever before. On top of changing ingredients or reducing portion sizes, firms have given unusual price boosts to goods such as cooking oil, snacks and popular instant noodle brands.

Such is the inflationary pressure that some firms are moving away business models that assume persistent deflation, such as sticking to particular price points or favouring low-margin domestic fare over higher-quality imports.

"Companies that can add value to their products and services are able to raise prices more sustainably," said analyst Shota Sugihara at market researcher Teikoku Databank.

"It makes sense for companies to shift away from deflationary price-setting behaviour to boost profit and wages."

Conveyer-belt sushi chain Sushiro, famous for making the delicacy more affordable with its 100 yen ($0.85) dishes, has expanded its range of 150 yen and 300 yen offerings.

Small supermarket chain Benny Super is turning its back on a protracted price-cutting war by replacing as many as half of its products with higher-margin alternatives, such as culinary oil from Italy, Greece and New Zealand.

"We'll stock products not offered by other companies, such as rare or small-quantity goods. That's the strategy that works in times of inflation," said Benny Super owner Tomoya Akatsu.

Kobe Bussan Co Ltd has raised prices for most of the roughly 4,000 items it sells at its discount supermarkets.

About a third of those items are made at Kobe Bussan's domestic and overseas factories, giving the company stronger pricing power over those items than items from other food firms.

It also has a line-up of uncommon imported goods such as frozen waffles from Belgium and hummus from Jordan.

"We have raised price levels little by little from 10 years ago after realising that it would become harder to keep securing profit, and are doing it all out now on a really wide range of products," said Kobe Bussan President Hirokazu Numata.

The economic impact of Russia's invasion of Ukraine has only added urgency to the move away from business models tailored to deflation, with grain prices on the rise and oil prices hitting record highs, while sanctions against Russia complicate supply lines. Russia calls its action in Ukraine a "special operation".

Though modest by global standards, Japan's core consumer inflation - which excludes volatile fresh food prices - is widely expected https://tmsnrt.rs/35ZneCt to speed up https://tmsnrt.rs/3tZqVzV from April toward the 2% target the Bank of Japan set in 2013 and reached only during the fiscal year ended March 2015.

Including those planning to raise prices, the ratio reached 64% from 61% in the previous survey, signalling more costs being passed on. In 2016, the ratio of those that raised or planned to raise prices was just 9%, while 7% planned cuts.

A survey by Teikoku Databank in February showed 41% of respondents in industries as varied as clothing, construction and chemicals were able to pass on rising raw materials costs.

Still, with increasingly frequent price hikes for a range of daily necessities and little sign of wage hikes, households may not have the capacity to splurge on higher-priced items.

Sceptics, including the Bank of Japan, question whether prices can keep rising, but fear surging fuel bills and slow wage growth will snuff out any burst of spending.

"For many customers, it's still the cheaper the better," said Sushiro's Mizutome. "What we're doing is very cautiously, slowly trying to increase the amount each customer spends per visit."