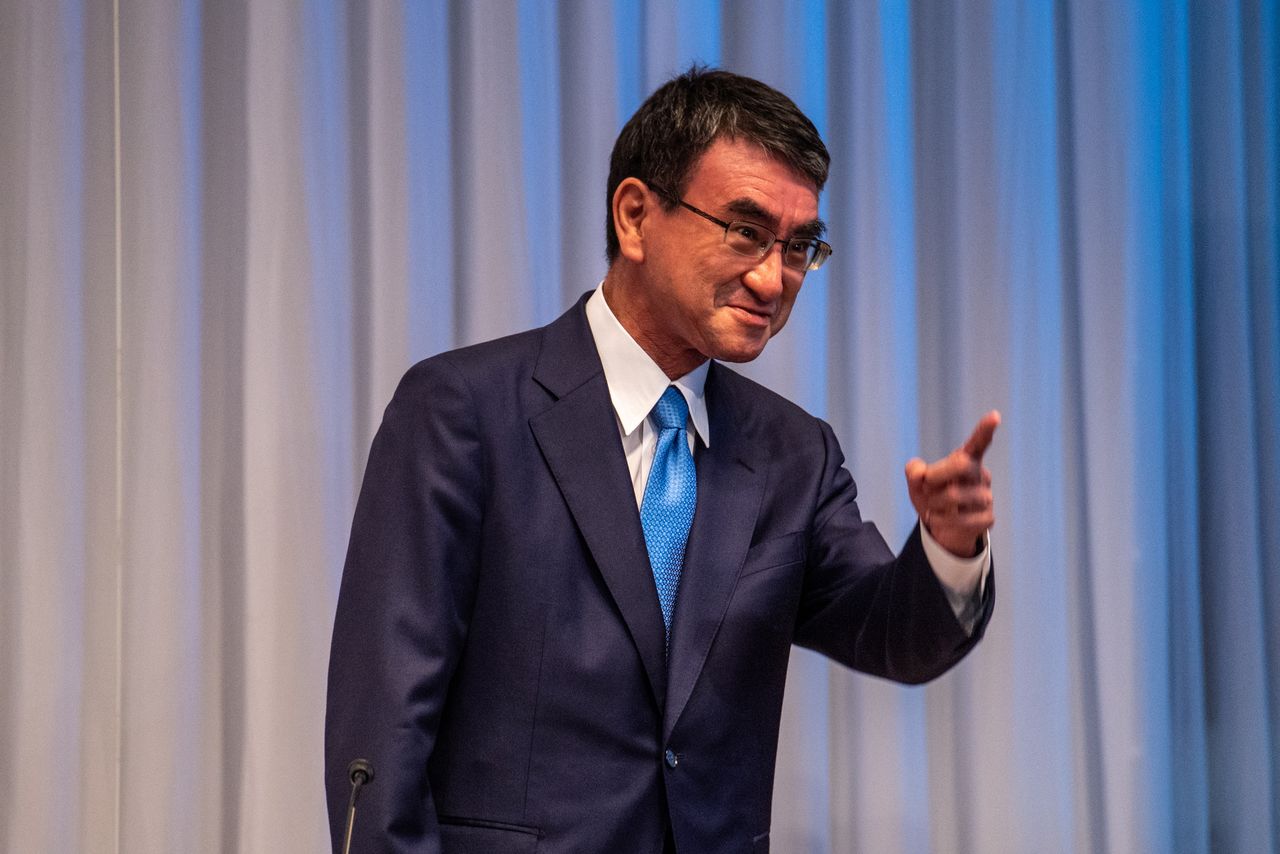 TOKYO (Reuters) - Japan's sanctions on Russia over its invasion of Ukraine are necessary, even if they squeeze energy supplies, because Tokyo one day could need allies to counter China in East Asia, said Taro Kono a former defence chief and ex-foreign minister.

"We need to tell the people in Japan that in order to protect ourselves we need to help the others too," Kono told Reuters. "If there is any aggression anywhere on this planet, we need to stop them," he added.

Japan counts neighbouring China as its top national security threat, followed by North Korea and Russia. Some officials in Tokyo, including Kono, worry Russia's attack on Ukraine could embolden Beijing to act against Taiwan too.

Taiwan, which Beijing consider a renegade province, lies only around 100 kms (62 miles) from the nearest Japanese island. It's capture by Beijing would also put Chinese forces within close to maritime trade routes that sustain Japan's economy.

Kono remains influential in the ruling party and a conspicuous presence on social media with 2.4 million twitter followers, more than any other Japanese politician.

Kishida appears to have public backing for sanctions on Russia, although many people want the government to impose additional measures, according to an opinion poll published by public broadcaster NHK on Monday. Of 1,223 people it surveyed 42% agreed with the sanction with 40% wanting more.

Tougher sanctions on Russia, which describes its attack on Ukraine as a "special operation," could mean a halt to Russian imports from two energy projects on Russia's Sakhalin island, north of Japan, that account for about 8% of its liquefied natural gas (LNG) and around 4% of its oil.

On Thursday in parliament, Kishida said Japan had to weigh its energy security when considering whether to halt those imports.

Japan could find it hard to replace Russian LNG, because it has agreed to divert other gas shipments to Europe to help it cope with any interruption in Russian gas supplies.

"If we decided to ban the import (of Russian gas), we will really need to conserve the energy like right after Fukushima," Kono said, referring to the energy crunch that swept the country after the Fukushima nuclear disaster forced it to shutdown its reactors.