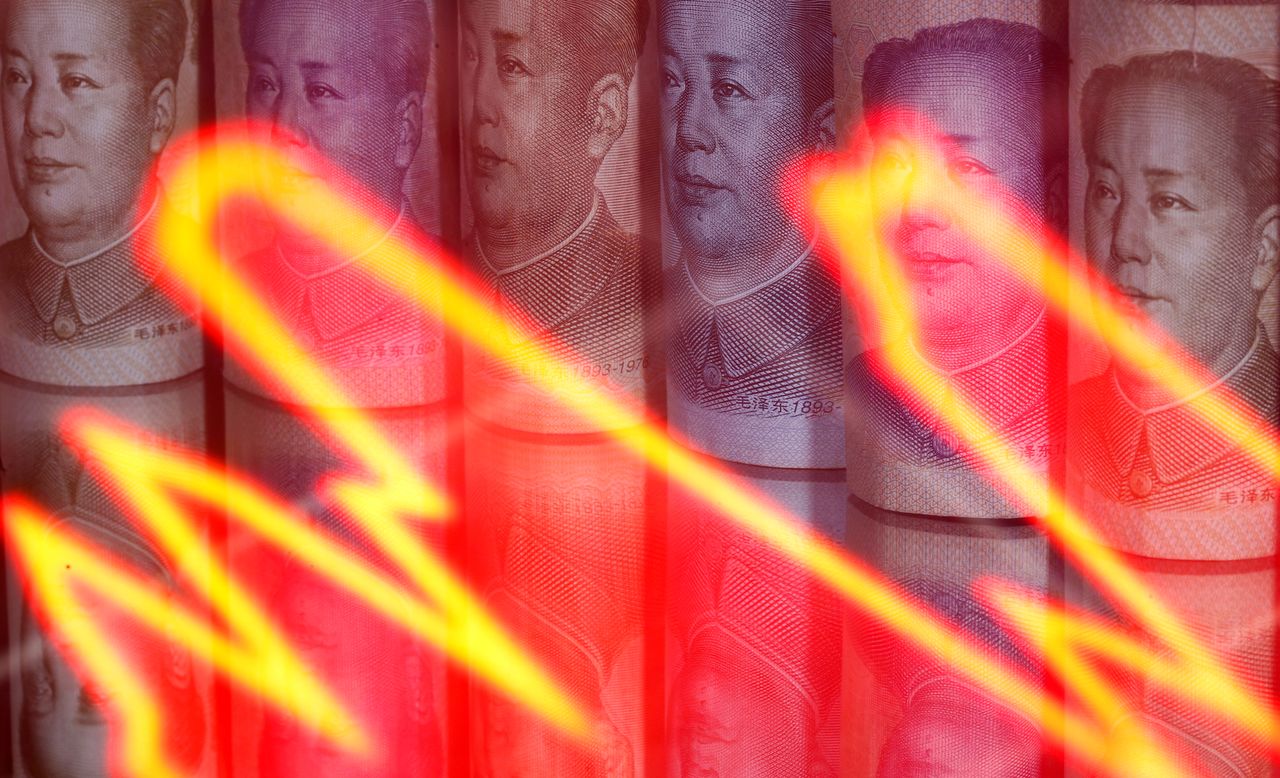 By Samuel Shen and Kevin Buckland

SHANGHAI/TOKYO (Reuters) - China's top financial policymaker rescued stock markets from a bloodbath this week with a promise of stability, but plenty of investors reckon mere words will not restore lasting calm in an economy beset with multiple large risks.

Hong Kong markets, which have borne the brunt of the brutal selloff in Chinese stocks, rallied fiercely after Vice Premier Liu He's assurances on stability, regulatory clarity and monetary easing.

Investors worried by more sombre concerns, chiefly around a potential blowback on China from its dealings with sanctions-hit Russia and a spike in domestic COVID-19 cases that threatens to disrupt economic activity, weren't convinced.

Alan Song, chairman of Harvest Capital, a Chinese private equity firm, likened the rally in stocks to drowning investors clutching at straws, and expects the rebound will be short-lived because fundamental reasons for the rout remain.

"Hoping that a speech can change market trends, is like expecting a WeChat message can change the world," Song said, referring to a popular Chinese social messaging app.

China needs to earnestly resolve Sino-U.S. antagonism and improve its anti-virus strategy, as "trillions in market value wiped off is a colossal loss that requires serious reflection," he said.

The decline in stocks this year had wiped out about $1.3 trillion or 17% of China's main CSI300 index market value from January through Tuesday. Even after the rally, Chinese stocks markets remain the world's worst performers this year, after Russia.

As proof of the lack of investor conviction, Sat Duhra, portfolio manager at Janus Henderson Investors, points to the narrowness of the rally, even within Chinese markets.

The bounce in China also failed to enliven stocks such as Taiwan Semiconductor Manufacturing Company and Australian miners, whose fortunes are linked to China.

"I certainly wouldn’t be brave enough to be adding to China today," Duhra said on Wednesday.

Duhra says he senses a change in the sentiment toward China, driven not just by concerns that China's close ties with Russia will draw Western ire, but also a host of problems such as power outages, property sector woes, rising household debt and an ambitious growth target.

"There's a lot of things that you could put together and say, this doesn't look very good," he said. "Those issues have not gone away."

Morgan Stanley analysts noted how various ministries had sprung into action after Liu's speech at a meeting of the Financial Stability and Development Committee, a regulatory body under the State Council, which is China's Cabinet.

State-run Xinhua news agency reported the finance ministry was putting a plans on hold for a trial property tax this year.

China's securities regulator said it would strive to reach an agreement with U.S. counterparts on cooperating over the audit of Chinese firms as soon as possible. As a result, U.S.-listed shares of JD.com and Alibaba notched their biggest daily percentage advances as they appeared at less risk of being delisted by New York exchanges.

"I think Sino-U.S. decoupling is inevitable. It's just a matter of time," Yin said.

The Ukraine crisis was also forcing companies to take sides, deepening geopolitical rifts, and rhetoric wouldn't stop the spread of the coronavirus, he said.

"China is being forced to pick sides" in the Ukraine conflict, said Yuan, who still holds short positions in Chinese tech firms such as Meituan and Li Auto.

For a global investor, ”if you own a lot of China holdings, of course you're worried, as China and Russia are both seen as rivals by the U.S.," and the fear is deepened by what you've seen happen to Russian assets, he said.