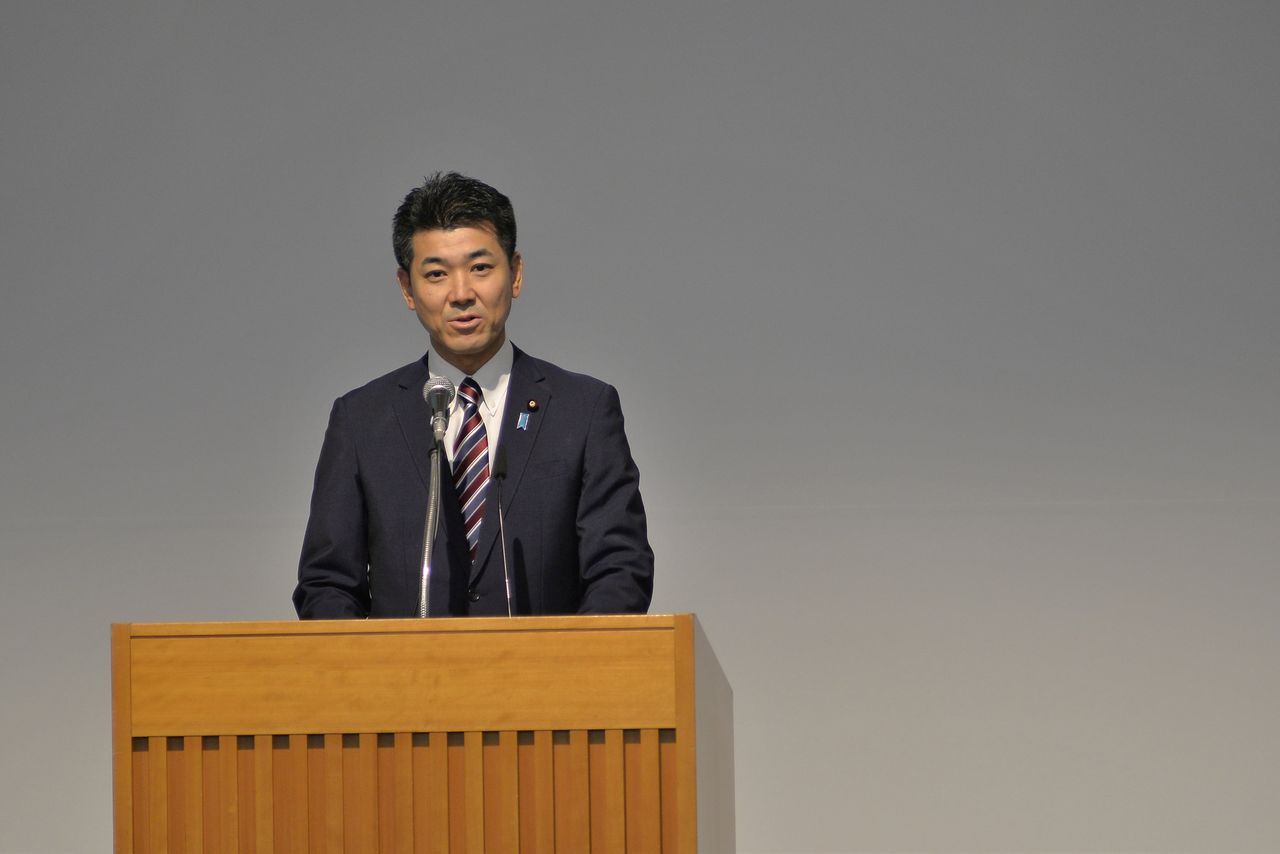 FILE PHOTO: Kenta Izumi, policy chief of the Democratic Party for the People, delivers a speech after Yukio Edano won the leadership race for the major opposition party in Tokyo, Japan September 10, 2020. David Mareuil/Pool via REUTERS

By Kentaro Sugiyama and Daniel Leussink

TOKYO (Reuters) - The Bank of Japan's next governor must be someone who can steer the central bank toward an exit from ultra-easy monetary policy, Kenta Izumi, head of the country's biggest opposition party, said on Thursday.

Izumi, president of the left-leaning Constitutional Democratic Party of Japan (CDPJ), also said the yen's recent declines could be hurting the economy by pushing up import costs.

"The impact is starting to be really big," he said, adding that rising prices of imported goods were hurting people's livelihoods and corporate activity.

Izumi, who said households were taking a hit from high fuel and food costs, has instructed his party's policy research committee to draw up measures for dealing with surging prices.

The remarks highlight a sea change in how Japanese politicians perceive the pros and cons of a weak yen.

Some of the key members of CDPJ are from the former Democratic Party of Japan which, after taking power in 2009, repeatedly pressured the BOJ to ease monetary policy to prevent a strong yen from damaging the export-reliant economy.

The BOJ is likely to keep monetary policy steady as it says it won't withdraw stimulus until its 2% inflation target is achieved in a stable manner, Izumi said.

But the central bank may need to consider reviewing monetary policy if inflation continues to rise, he added.

Any shift in BOJ policy could be tied to the government's choice of a successor to incumbent Governor Haruhiko Kuroda, whose second, five-year term ends in March 2023.

After deploying a massive asset-buying programme in 2013 to pull Japan out of deflation, Kuroda has consistently called for the need to keep monetary policy ultra-loose to achieve his elusive 2% inflation target.

But the BOJ has faced growing criticism over the rising cost of prolonged easing, such as the hit to bank profits from years of ultra-low interest rates.

"The government should choose someone who has a clear idea on how the BOJ could normalise monetary policy," Izumi said.