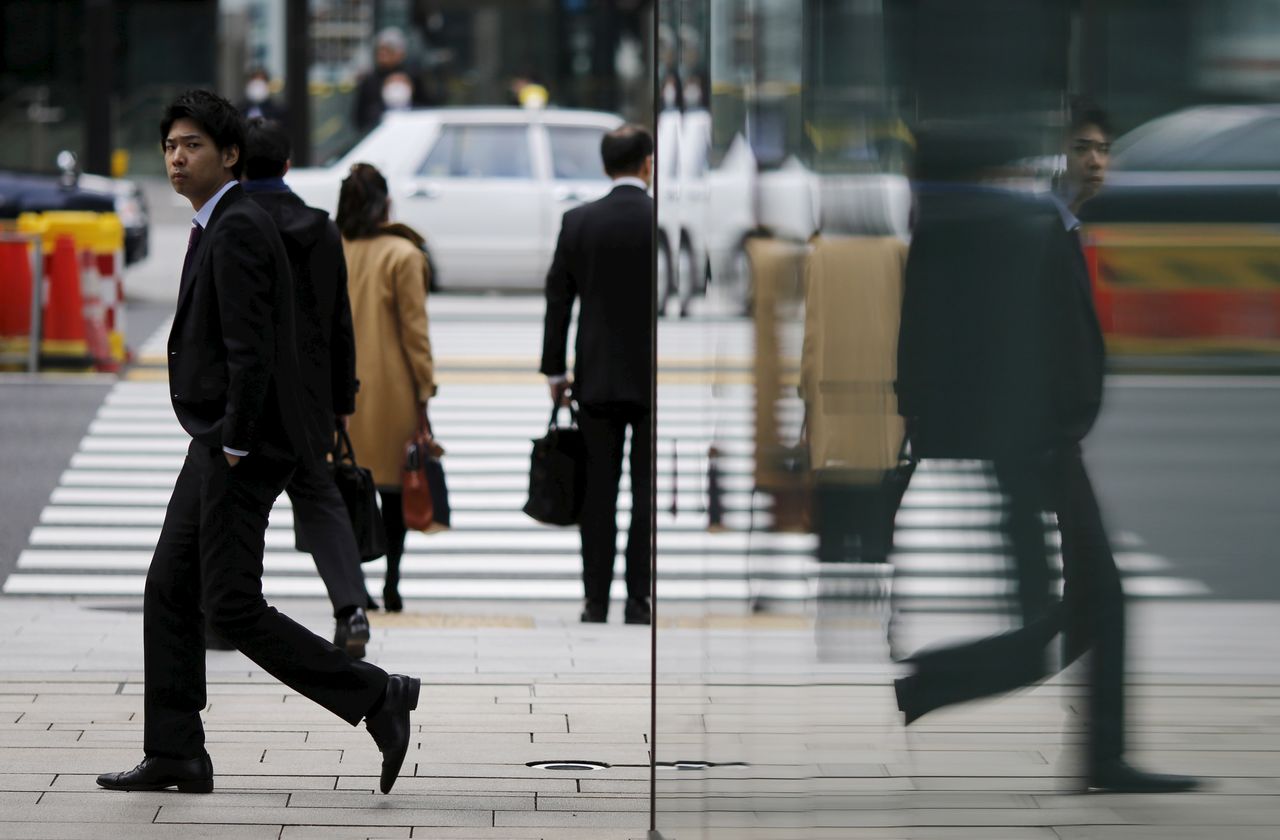 FILE PHOTO: A businessman is reflected on a wall as he walks along Tokyo's business district, Japan, February 22, 2016. REUTERS/Toru Hanai

(In story published Friday, corrects big firms' median capital spending forecast to +4.0% from +4.4% in paragraph 8, after a contributor corrected its forecast)

Other data next week is expected to show core consumer prices in Tokyo likely rose at the fastest year-on-year rate in over two years in March due to rising electricity and gas costs, analysts said in the poll.

The BOJ's closely-watched "tankan" survey is likely to show the headline index for big manufacturers' sentiment slipped to plus 12 in April from plus 18 in the previous three months, according to analysts polled by Reuters.

"Companies saw a rise in costs due to surging commodity prices and a weak yen, while a parts shortage caused car production cuts, pushing down business conditions," said analysts at Mitsubishi UFJ Research and Consulting.

The data would not bode well for the Bank of Japan (BOJ), which warned of risks to a fragile economic recovery from the Ukraine crisis at its March policy meeting, where it maintained its massive stimulus on Friday.

Confidence among big non-manufacturers also likely waned, but avoided slipping into net pessimism, coming in at plus 5, down from plus 9 in December, the poll showed.

The tankan is also expected to show big firms will likely raise their capital spending plans by 4.0% for the current fiscal year, less than half than the 9.3% increase estimated in the previous survey, the poll showed.

Separate data due out on March 24 is expected to show Tokyo core consumer prices, which exclude fresh food, would rise 0.7% in March from a year earlier, marking the fastest increase since January 2020, the poll found.