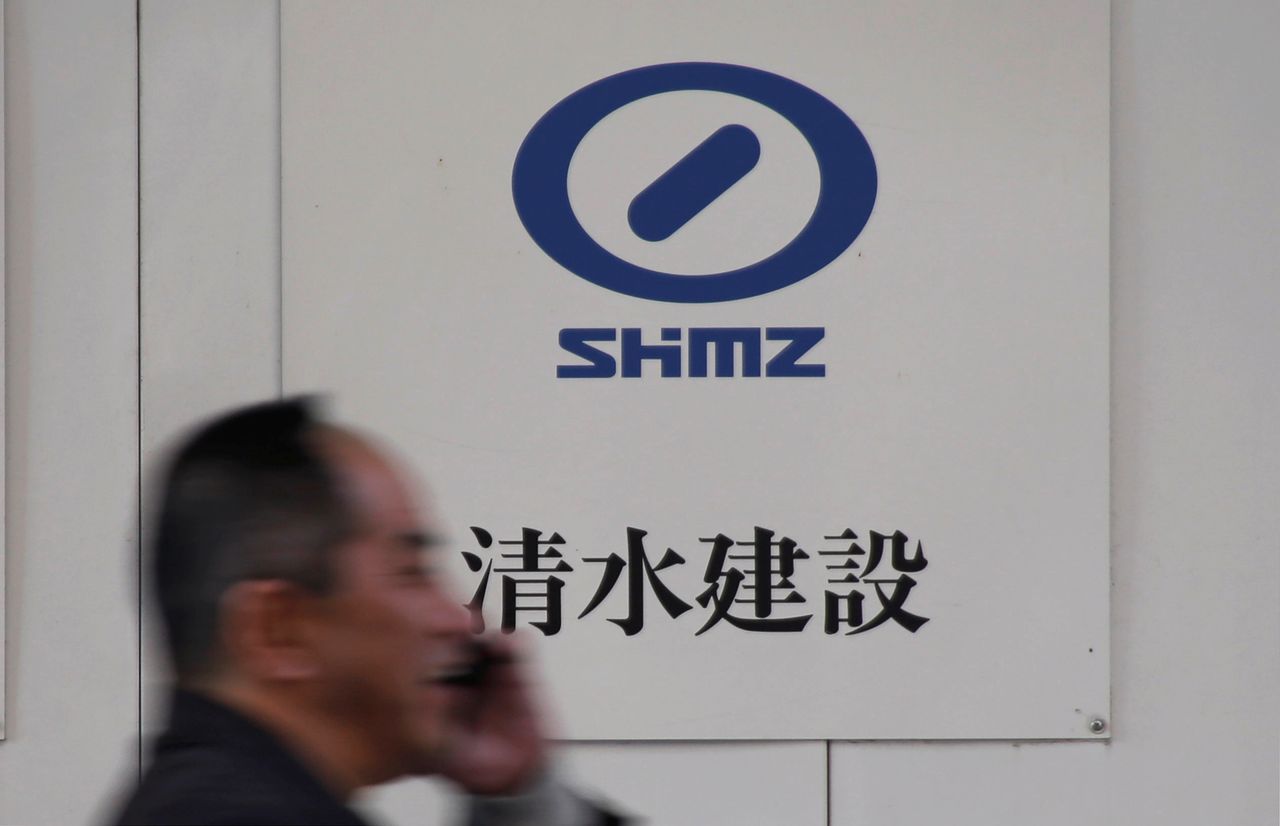 FILE PHOTO: A man walks past the logo of Shimizu Corp outside a construction site in Tokyo, Japan, December 18, 2017. REUTERS/Toru Hanai

TOKYO (Reuters) - A U.S.-based fund has called for Japan's Shimizu Corp to halt a $190 million bid to take control of road builder Nippon Road Co Ltd, saying the deal would be unfair to minority shareholders and go against governance reform.

In a letter to Nippon Road's board this week that was seen by Reuters, Kaname Capital objected to Shimizu's bid to double its holding to 50.1%.

Kaname, which owns 1.8% of Nippon Road, said the deal would put minority shareholders at a disadvantage by turning them into investors in a listed subsidiary.

"A partial bid is unsatisfactory. Only a 100% bid allows for fair and equal treatment of all shareholders," the Boston-based long-only fund said in its letter.

The offer by Shimizu, one of Japan's top construction firms, left minority shareholders with "a poor choice" of either hurrying to accept a low price or getting stuck with the reduced valuation and trading liquidity of a listed subsidiary, the $250 million Japan-focused fund said.

Both the Tokyo Stock Exchange and the Japanese government have pushed for a reduction in the number of so called "parent-child listings", where subsidiaries of large listed companies are also listed.

Critics say the practice can lead to laxer governance and ultimately lower valuations, as the parent's controlling stake weakens the voting power of minority shareholders.

Shimizu's tender offer is set to close on Tuesday. Its offer of 10,000 yen represents a roughly 20% premium to Nippon Road's closing price just before the deal was announced.

Shares of the company closed not far off the offer price at 9,790 yen on Friday. Still, the company is trading at less than its book value, according to Refinitiv data, meaning it is worth less than its assets.

Japan had 248 listed subsidiaries as of March last year, down more than 40% from the peak of 417 in 2007, according to Nomura Institute of Capital Markets Research.

Governance rules have discouraged such listings, citing an inherent conflict of interest.

The Tokyo bourse is also introducing stricter rules for liquidity in April, its biggest overhaul of its equity market in a decade. That will make it tougher for firms largely owned by parent companies or business partners.

Some industrial conglomerates are selling off group companies to eliminate parent-child listings. Hitachi Ltd, for example, sold or took control of more than a dozen subsidiaries in recent years, including Hitachi Chemical and Hitachi High-Technologies.