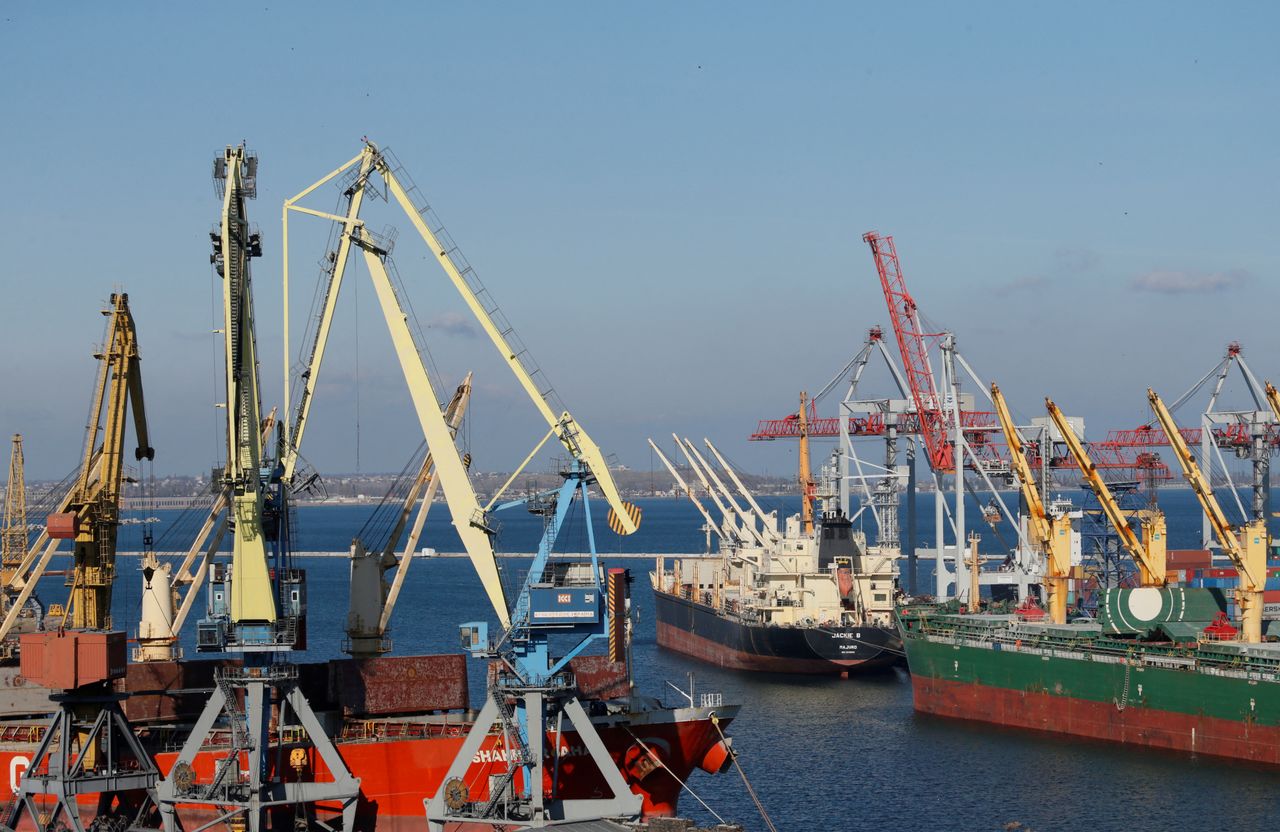 By Ruma Paul and Jonathan Saul

DHAKA/LONDON (Reuters) - State-owned Bangladesh Shipping Corp is seeking $22.4 million from its insurer for a cargo ship hit by a missile in March, government officials with knowledge of the talks said, in the first major marine insurance claim from the conflict in Ukraine.

The UN's shipping agency said last week it would create a safe maritime corridor for merchant ships and crews stuck in the Black Sea and Sea of Azov, although shipping industry sources expect progress to be slow. Projectiles have hit four other vessels in recent days with one sunk.

Insurance premiums have soared by over 100% for voyages to the region since the war started. Insurers are watching closely for more claims that will ultimately increase costs further.

An explosion on the night of March 2-3 rocked the Bangladesh-flagged Banglar Samriddhi and killed a crew member. The vessel had been stuck in Olvia since Feb. 24 after Ukraine closed its ports due to Russia's invasion.

Ukraine accused the Russian military of targeting the port facilities in a missile strike, while Russia’s embassy in Dhaka said the circumstances of the incident were "being established". Russia denies targeting civilians or merchant ships.

Since then, the vessel's owner BSC has launched a claim with their insurer after abandoning the ship, a senior BSC official said.

The source added that Shadharan Bima's exposure was 10% with Tysers covering the remaining 90%.

"Luckily there was no cargo onboard when it reached Olvia port," the official said.

"The ship was supposed to take ball clay from the port before travelling to Italy," he said referring to a material used in making ceramics.

"Without removal of the vessel outside the war area, the war risk insurer can't send their surveyor to assess the quantum of damages. We are taking all necessary action to uphold our interests for sure," Sabbir said.

London’s marine insurance market has widened the area of waters it considers high risk in the region as the conflict intensifies and perils to merchant shipping grow.

"On paper, this should be a straightforward claim. But given the situation inside Ukraine, this could take time to process, especially if more (documentation) is needed," an insurance industry source said.

Viktor Vyshnov, deputy head of Ukraine’s Maritime Administration, told Reuters that the vessel was at anchor in the port with no crew onboard. The remaining 28 crew members were evacuated back to Bangladesh.

"The captain of the port is looking for some crew to come onboard," he said.

Vyshnov confirmed the ship's bridge was damaged when the missile hit although it was unclear if the engine was disabled.

Stale Hansen, president and chief executive of Norwegian ship insurer Skuld, told Reuters that vessel was entered with them for P&I, adding that "given the war circumstance of this casualty, this loss is being handled by war underwriters".

Between 1980-2020, fewer than 10 ships of greater than 100 gross tons were total losses in attacks, according to data analysis by insurer Allianz Global Corporate & Specialty.