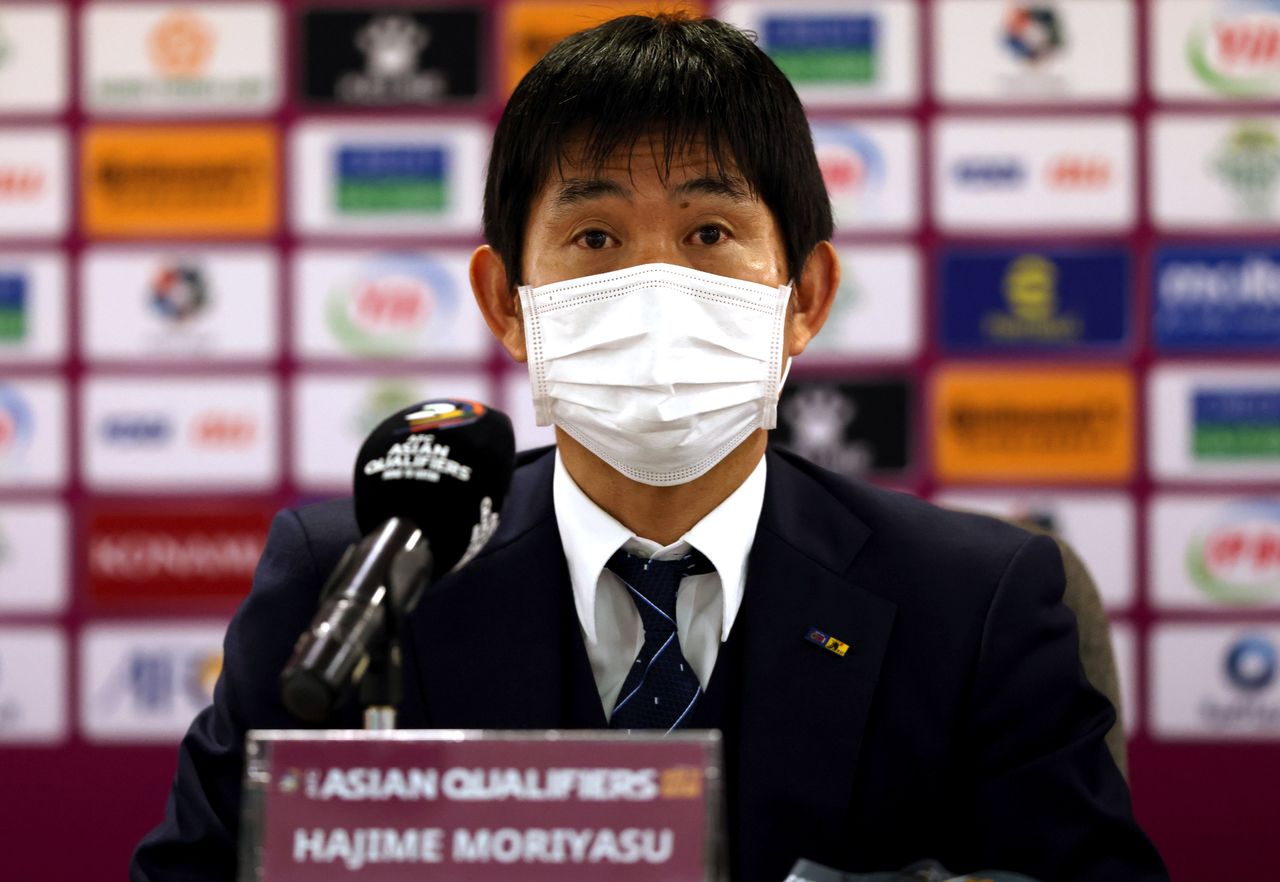 (Reuters) - Japan coach Hajime Moriyasu and his players leave for Australia on Sunday knowing that a win in their penultimate qualifying match will confirm the country's appearance at a seventh consecutive World Cup finals.

Iran and South Korea have already secured their slots for the World Cup in Qatar later this year from Asia's Group A, while Saudi Arabia, who lead Japan by a point at the top of Group B, are also on the verge of advancing once more.

"Australia is the decisive game, but so were the games leading up to this," said Moriyasu as he named his squad last week for the crunch match on Thursday in Sydney.

"With our two losses, we had to keep winning or face a very difficult qualifying situation."

Japan had been heavily favoured to breeze through qualifying but made a poor start to the campaign, suffering losses against Oman and Saudi Arabia to sit well off the pace after their first three games.

However, a late win over the Australians at Saitama Stadium in October kick-started Japan's campaign and Moriyasu's side has barely looked back since.

The Japanese have won five matches in a row and sit in second place in Group B, three points ahead of Graham Arnold's Socceroos with two games remaining.

A victory at Sydney's Olympic Stadium will be enough to book the Samurai Blue's tickets for Qatar.

"This will be a tough away game for us, but we have a lot of good players and built up a lot of experience during these qualifiers."

Australia coach Arnold has tested positive for COVID-19 for the second time in as many months, Football Australia said on Friday.

His team needs to win both their final matches, against Japan and Saudi Arabia, to qualify directly for the finals.

Japan's last game is against Vietnam on March 29.