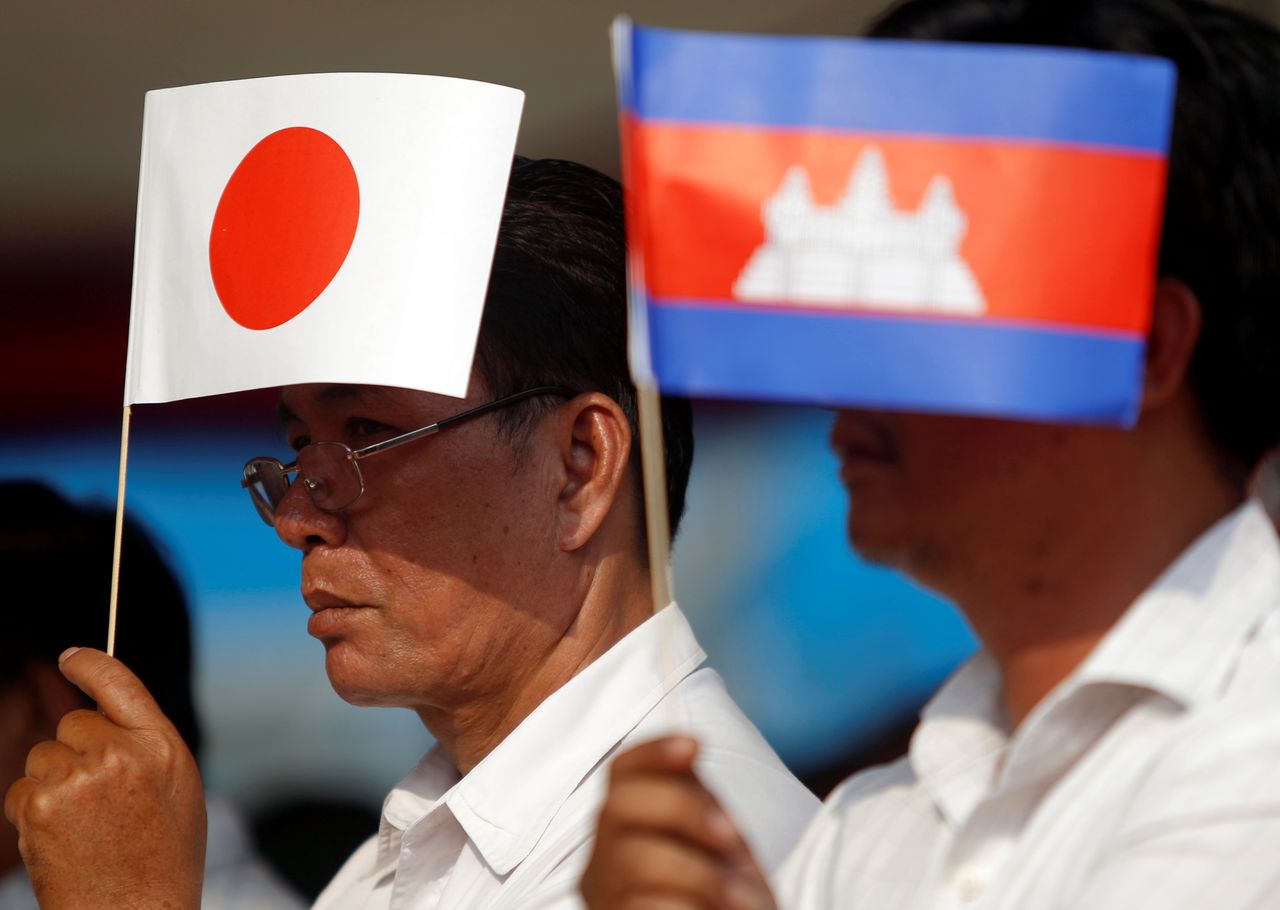 Men hold Cambodian and Japanese flags during the inauguration ceremony of National Road No. 1, which has been built with aid from Japan, in Phnom Penh, Cambodia March 13, 2018. REUTERS/Samrang Pring

PHNOM PENH (Reuters) - Japan on Sunday pledged to offer Cambodia about $428 million in aid and 1.3 million doses of COVID-19 vaccines through the COVAX global vaccine-sharing programme.

The pledges were part of several agreements signed by Japanese Prime Minister Fumio Kishida and his Cambodian counterpart Hun Sen during Kishida's visit to Phnom Penh.

Japan will provide a support loan of 45 billion yen ($378 million) and grant aid through contribution to international organisations of 6 billion yen ($50 million).

Kishida also expressed support for Cambodia's democratic process "such as holding elections in a way that reflects diverse voices from Cambodian people through projects such as the promotion of dialogue", a joint statement said.

Hun Sen said he appreciated Japan's support and expressed his intention to make further efforts to embed the outcomes of their agreements into the Cambodian society, according to the statement.

Hun Sen, who has presided over a broad crackdown on the opposition, civil society and the media that began in the run-up to 2018 elections, has in the past said he planned to rule until he felt he should stop.