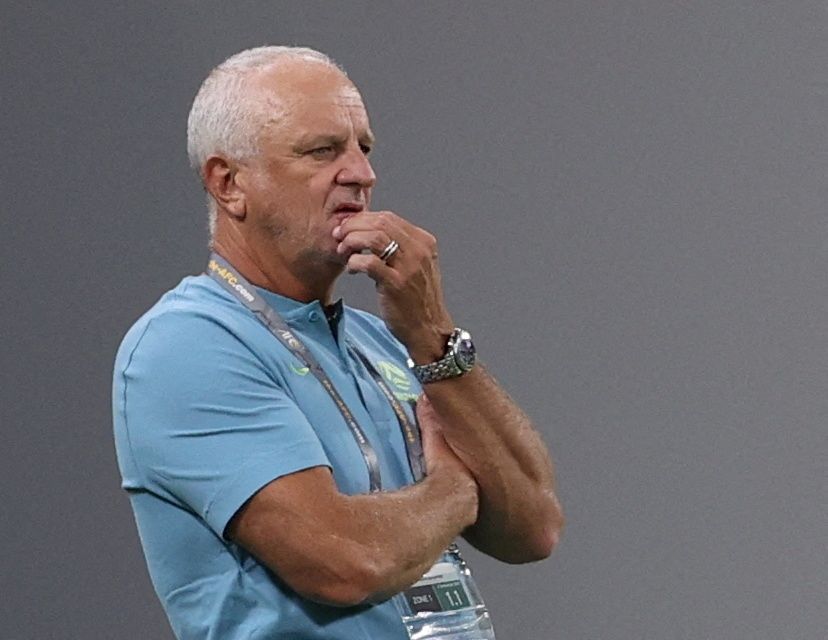 MELBOURNE (Reuters) -Australia coach Graham Arnold apologised for breaching a COVID-19 isolation order by taking a walk at a Sydney beach on Sunday, with Football Australia to fine him for his "error of judgement".

People who test positive in New South Wales state, of which Sydney is the capital, must isolate for at least seven days. They can leave isolation only for emergencies or to get medical treatment and supplies.

"I sincerely apologise for my error of judgement on Sunday," Arnold said in a statement.

"I accept that I should not have left my home as per the New South Wales self-isolation protocols and will remain at my property until my self-isolation window concludes. I also accept the sanctions that come because of this error."

Football Australia Chief Executive Officer James Johnson said the governing body would impose a A$25,000 ($18,480) fine, which will be donated to the Red Cross Flood Relief Fund.

"Graham has been diligent throughout COVID, however on this occasion he has made an error of judgement, which is clearly disappointing," Johnson said.

"We have sought to act as swiftly as possible on this matter today and have imposed a significant fine, which underscores how importantly we value our representatives abiding by government protocols."

Earlier on Monday, radio station 2GB reported that Arnold had taken his dog for a walk on Sunday in breach of regulations.

"He was unmasked in the company of a woman I believe to be his wife or partner."

Australia play a crunch World Cup qualifier against Japan in Sydney on Thursday before meeting Saudi Arabia in Jeddah on March 29.

The 'Socceroos' will likely need to win both matches to ensure automatic qualification for this year's finals in Qatar.

Arnold's side are third in Group B, three points adrift of second-placed Japan while leaders Saudi Arabia are a further point ahead.

Australia winger Craig Goodwin, midfielder Jackson Irvine and playmaker Aaron Mooy were all ruled out of the qualifiers by COVID-19.