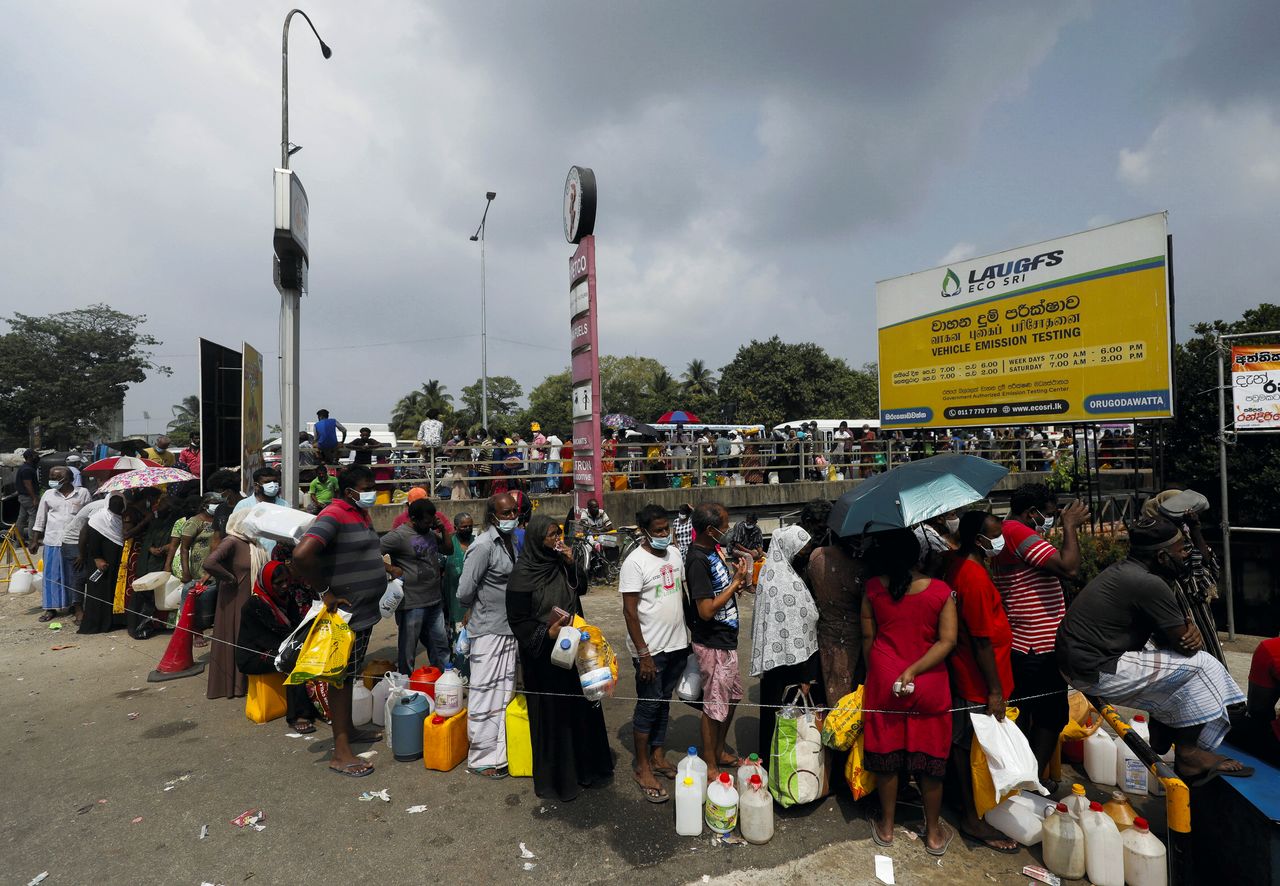 People stand in a long queue to buy kerosene oil due to shortage of domestic gas as a result of country's economic crisis, at a fuel station in Colombo, Sri Lanka March 18, 2022. REUTERS/Dinuka Liyanawatte

COLOMBO (Reuters) - China is considering offering a $1.5 billion credit facility to Sri Lanka and a decision is expected soon, a top Chinese official said on Monday, as part of efforts to help the island nation amid its worst economic crisis in decades.

Chinese ambassador to Sri Lanka Qi Zhenhong told reporters the two sides were also discussing a separate loan of up to $1 billion which the Sri Lankan government had requested.

He added that the South Asian nation was offered a loan of $500 million from the China Development Bank on March 18.

Sri Lanka has to repay about $4 billion worth of debt this year, including a $1 billion international sovereign bond maturing in July. But its reserves dipped to $2.31 billion as of end February, down around 70% from two years ago.

The country is also struggling to make payments for imports of essentials such as fuel and medicines and enforcing nationwide power cuts due to a lack of fuel for power generation.

"We believe our ultimate goal is to solve the problem but there may be different ways to do so," Qi said in response to questions on possible restructuring of the Chinese loans.

Over the last decade China has lent Sri Lanka more than $5 billion for the construction of highways, ports, an airport and a coal power plant. But critics say the funds were used for white elephant projects with low returns, which China has denied.

President Gotabaya Rajapaksa asked China to help restructure debt repayments when he met Chinese Foreign Minister Wang Yi in January, but China is yet to respond to the request.

Repayments to China are estimated at about $400-$500 million, a finance ministry source told Reuters.

Before the pandemic China was Sri Lanka's main source of tourists and the island imports more goods from China than from any other country.

Sri Lanka is a key part of China's Belt and Road Initiative (BRI), a long-term plan to fund and build infrastructure linking China to the rest of the world, but which others including the United States have labelled a "debt trap" for smaller nations.