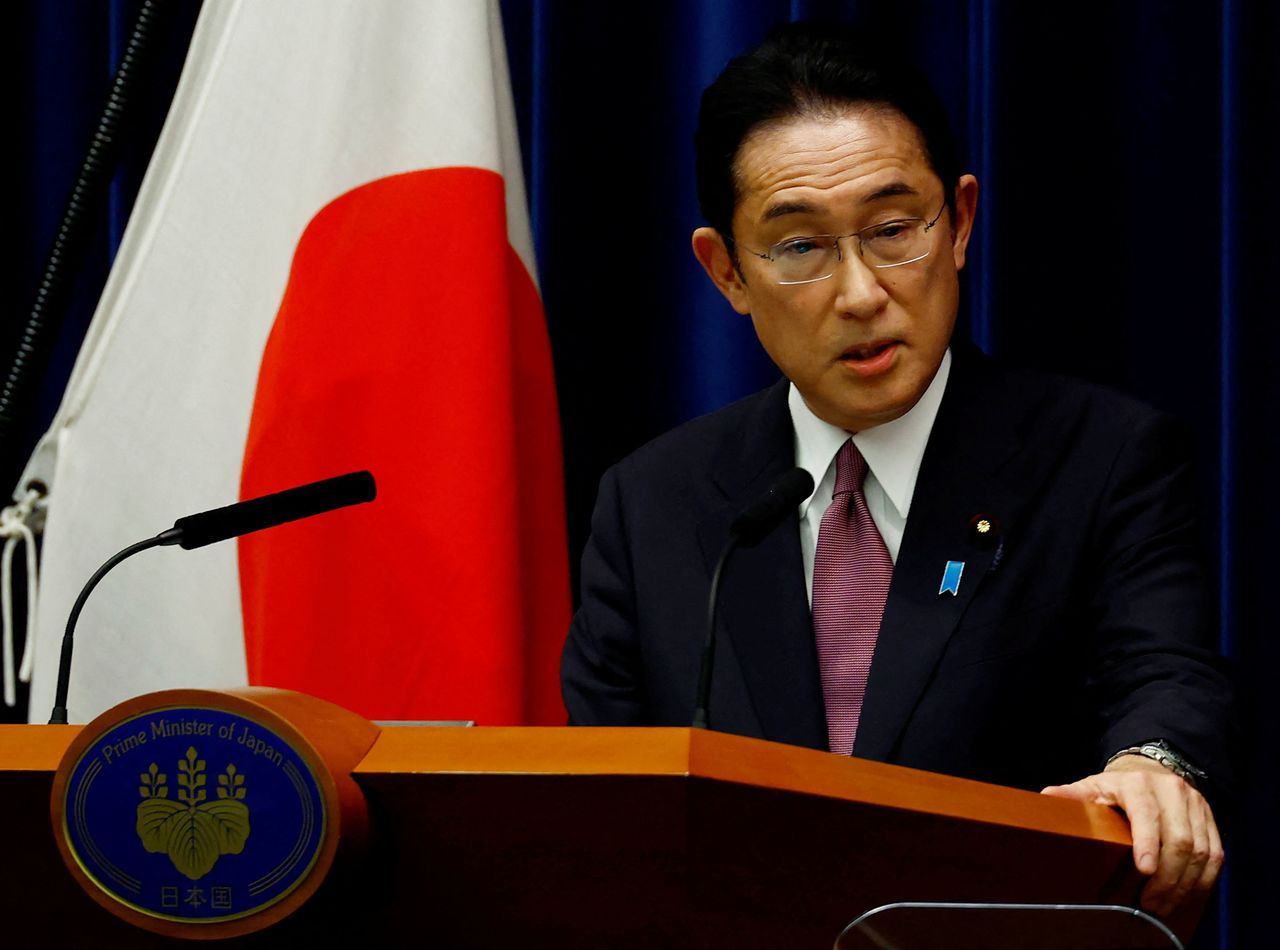 (Reuters) -Japan reacted angrily on Tuesday after Russia withdrew from peace treaty talks with Japan and froze joint economic projects related to the disputed Kuril islands because of Japanese sanctions over Russia's invasion of Ukraine.

Russia and Japan have not formally ended World War Two hostilities because of their standoff over islands, seized by the Soviet Union at the end of World War Two, just off Japan's northernmost island of Hokkaido.

The islands are known in Russia as the Kurils and in Japan as the Northern Territories.

Japan has imposed sanctions on 76 individuals, seven banks and 12 other bodies in Russia, most recently on Friday, and included defence officials and its state-owned arms exporter, Rosoboronexport.

Russia would not continue negotiations with Japan on a peace treaty "under current conditions", its foreign ministry said on Monday, citing Japan's "openly unfriendly positions and attempts to damage the interests of our country".

"This entire situation has been created by Russia's invasion of Ukraine, and Russia's response to push this onto Japan-Russia relations is extremely unfair and completely unacceptable," he said, adding that Japan's attitude towards seeking a peace treaty was unchanged and it had protested against the Russian decision.

"Japan must resolutely continue to sanction Russia in cooperation with the rest of the world," he said.

Kishida, asked later about economic cooperation with Russia, said Japan valued any opportunity to secure an inexpensive energy supply - a reference to energy projects in Sakhalin, after withdrawals by Shell and Exxon Mobil.

Galuzin was later quoted by the Asahi Shimbun newspaper as saying that given the situation regarding recent "unfriendly actions", Russia had no intention of continuing negotiations.

Last year, President Vladimir Putin said that both Tokyo and Moscow wanted good relations and that it was absurd they had not reached a peace agreement.

In 2020, Russia's constitution was amended to bar handing over territory to a foreign power.

Russia has also withdrawn from talks with Japan about joint business projects on the Kuril islands and ended visa-free travel for Japanese citizens, its foreign ministry said.