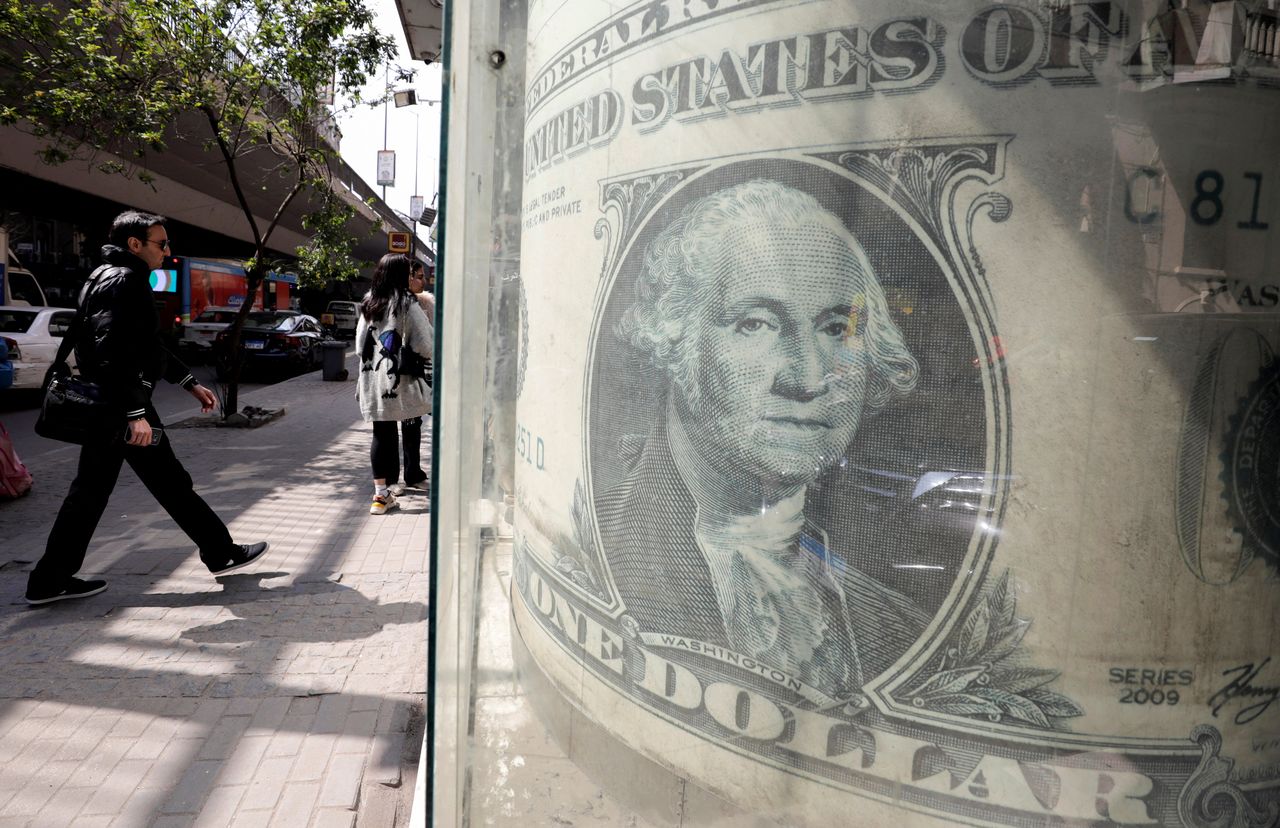 A man walks past a currency exchange point, showing an image of the U.S. dollar in Cairo, Egypt, March 22, 2022. REUTERS/Mohamed Abd El Ghany

NEW YORK (Reuters) - The dollar edged lower on Tuesday as a boost from comments by U.S. Federal Reserve Chair Jerome Powell that boosted the greenback on the previous day faded and a rise in equities markets help boost risk-on sentiment.

The greenback saw its biggest one-day percentage gain since March 10 on Monday, as Powell opened the door for raising interest rates by more than 25 basis points at upcoming policy meetings in order to combat inflation.

On Tuesday, St. Louis Fed President James Bullard repeated his call for the Fed to move aggressively on Bloomberg TV. San Francisco Fed President Mary Daly said she believes the main risk to the economy is a worsening of already high inflation as oil prices climb due to the conflict in Ukraine and a disruption in supply chains from China's COVID-19 countermeasures.

Traders are pricing in a 61.6% chance of a 50-basis-point hike at the Fed's May meeting, according to CME's FedWatch Tool, up from slightly more than 50% a week ago.

In the wake of Powell's comments, Goldman Sachs now anticipates the central bank will raise interest rates by 50 basis points at both its May and June meetings.

Investors were in a risk-on mood, as U.S. stocks rose and dented some of the safe-haven appeal of the greenback, with equities getting a lift, in part, from bank shares on Fed rate hike expectations.

"For the dollar, it is well supported by the Fed's increasingly hawkish rate stance but it is off its peaks, risk-appetite has something to do with that, with stocks higher that is kind of tempering the dollar’s gains," said Joe Manimbo, senior market analyst at Western Union Business Solutions in Washington.

"At least for now, it seems the market is giving the Fed the benefit of the doubt that it can foster a soft landing and that is what is underpinning risk appetite and capping gains in the dollar."

The yen continued its recent weakness as the Bank of Japan renewed its stance on keeping its ultra-loose monetary policy intact.

The euro was up 0.13% to $1.1028. The single currency has weakened over the past month as the conflict in Ukraine has escalated, leading to an increase in energy prices. On Monday, European Central Bank President Christine Lagarde said the Fed and ECB will move out of sync, as the war in Ukraine has very different impacts on their respective economies.