Cryptoverse: Remember when bitcoin was 'anonymous'?

A volatile class of crypto known as privacy coins, created with the primary aim of masking the identity of users and details of transactions, has quietly been gaining ground this month as maturing bitcoin inches towards mainstream finance.

Monero and Zcash, among the most popular, have respectively gained 7.6% and 46% since March 1, according to CoinMarketCap data, even as bitcoin has lost about 5%.

The pair has gained 4.7% and 16% in the past week. An index tracking privacy coins more broadly, compiled by research firm Macro Hive, has risen 4%.

This could be a blip in the wild ride of privacy coins, which conceal more information about transaction amounts and parties through differences in their underlying blockchains.

In the past five years, Monero's market cap - the total value of all the coin out there - has pinballed from $100 million to $6.8 billion to $3.4 billion now, according to CoinMarketCap data.

Yet the interest in crypto privacy coincides with bitcoin's diminishing function as an anonymous currency. It also comes against the backdrop of war in Europe, a tightening sanctions dragnet and strong noises from policymakers in the United States, EU and Japan about regulating the crypto market.

Aidan Arasasingham and Gerard DiPippo, of the Washington-based Center for Strategic and International Studies, note that bitcoin is not truly anonymous, but rather pseudonymous, where coins can be held in wallets opened under alternative or false names.

"If a wallet can be linked to an entity or person, the actor can be identified," they wrote in a report in the context of the possibility of crypto being used in Russia and Ukraine to move funds. "Their transactions and wallets can be traced."

Volatility aside, though, there are several obstacles that keep privacy coins from being a top-tier altcoin, or alternative to bitcoin, which has a market cap of around $776 billion.

Some major crypto exchanges do not list privacy coins due to their potential for illicit activity, for example. Daily trading volumes for Monero have mostly been under $250 million this month while altcoin Ripple sees more than $1.5 billion changing hands each day.

"Privacy coins will probably grow. The challenge is that you have to do a lot of things do make them anonymous that make for a horrible user experience and adds big transaction costs," said Dave Siemer, CEO at asset management firm Wave Financial in Los Angeles who owns some Monero coins.

Privacy coins have evolved in recent years as the ability of authorities to track blockchain activity for bitcoin and other major cryptocurrencies has become more advanced.

"Coins can, with some effort, be traced back to the very last "satoshi", bitcoin's smallest unit," Teunis Brosens, head economist of digital finance and regulation at ING, said in a note.

"Recent reports of ransomware money being recaptured, and arrests made for crypto exchange hacks made years ago, attest to this progress."

Large regulators have the crypto market in the sights, with efforts intensified by concerns that Russian oligarchs and other sanctioned people could use bitcoin to clandestinely move money.

U.S. senators have introduced a bill that could give the president power to sanction foreign cryptocurrency firms. The European Union has also voted in favor of comprehensive digital asset legislation. Japan's Financial Services Agency has said it will punish anyone making unauthorized payments to those targeted by the sanctions.

Bitcoin's movements have been contained in part by the Ukraine conflict and the Federal Reserve's hawkishness.

Meanwhile data from Glassnode shows a jump in the proportion of bitcoin supply being absorbed by entities with a low statistical history of spending it.

"Bitcoin is consolidating under $41,000, as the percentage of long-term holders in the market continues to increase," Sotiriou said. 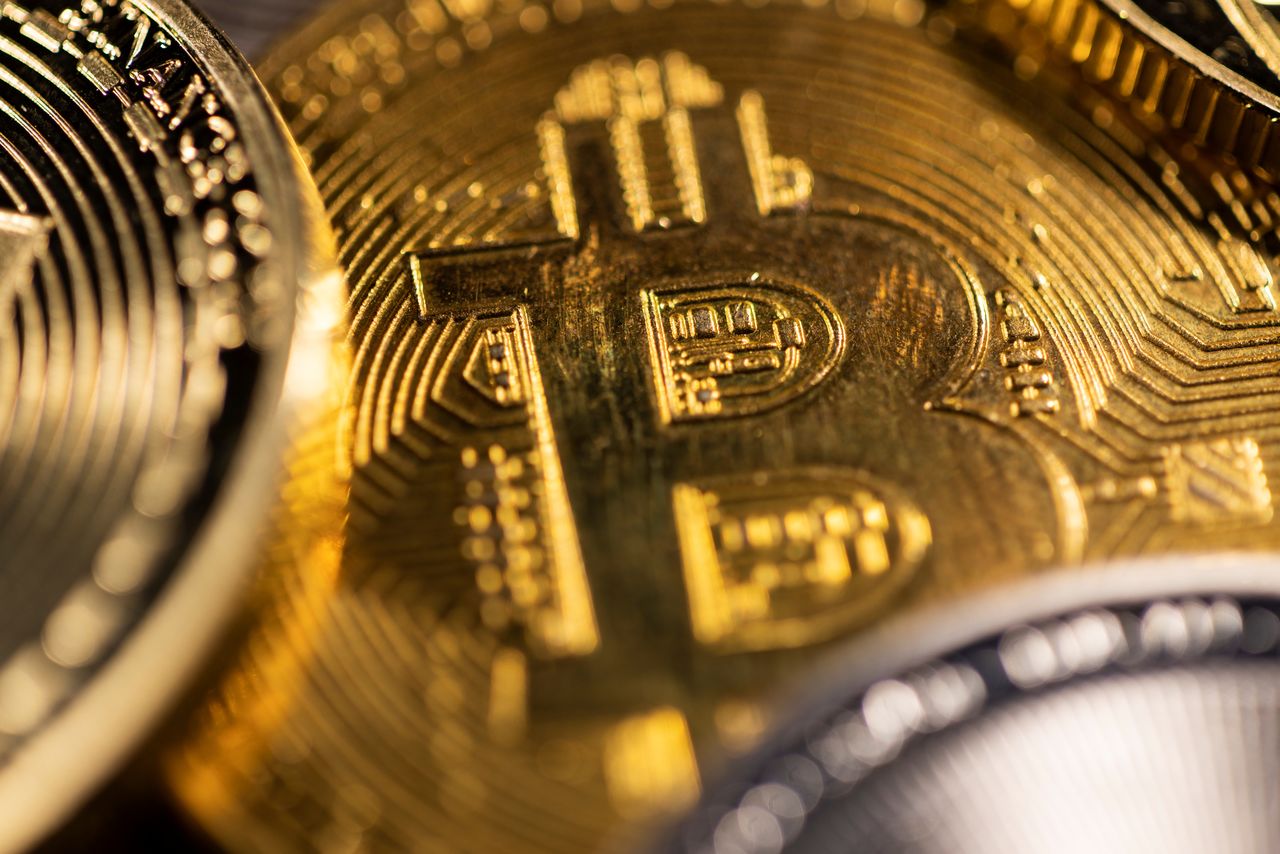 Representation of cryptocurrency Bitcoin is seen in this illustration taken November 29, 2021. REUTERS/Dado Ruvic/Illustration 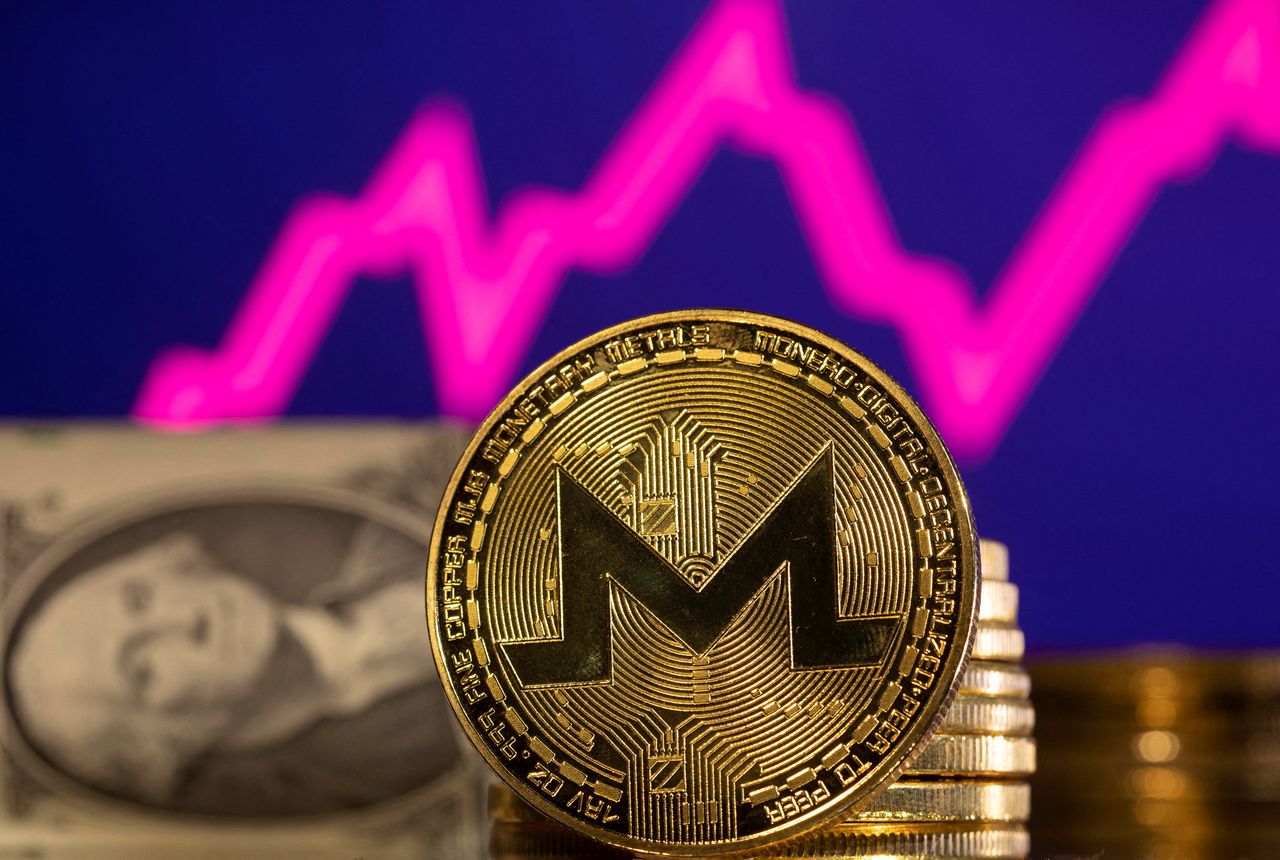 FILE PHOTO: A representations of cryptocurrency Monero is seen in front of a stock graph and U.S. dollar in this illustration taken, January 24, 2022. REUTERS/Dado Ruvic/Illustration