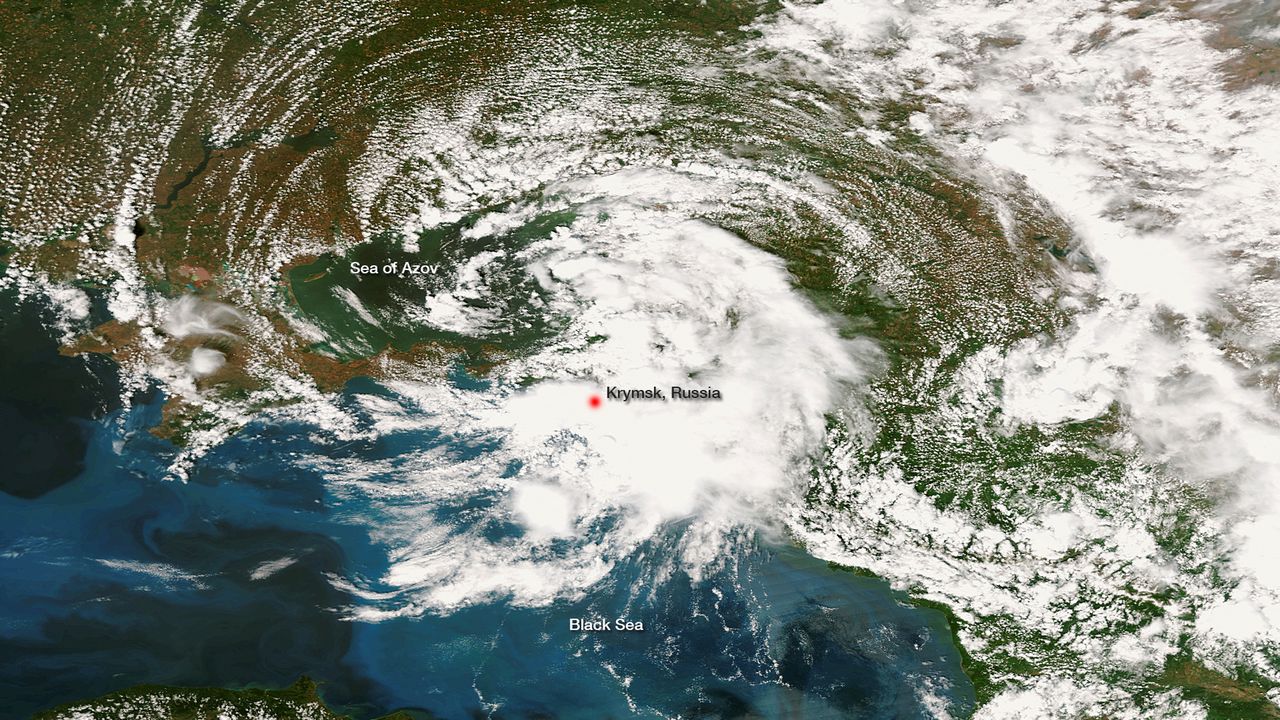 (Reuters) - A major supplier of meteorological data from Western and other governments suspended cooperation with Russia on Tuesday, becoming the latest weather-related agency to restrict information sharing in the wake of Moscow’s invasion of Ukraine.

Weapons experts said the data - which includes near instantaneous measurements of wind speed and direction, sunlight, precipitation and other factors - could prove crucial in planning a biological or chemical weapons attack in Ukraine.

The European Organisation for the Exploitation of Meteorological Satellites (EUMETSAT), an intergovernmental organisation based in Germany, told Reuters that a special council of member states met Tuesday morning and decided with immediate effect to suspend the licences of Russian users and suspend a bilateral cooperation agreement with Russia’s top meteorological agency, including all exchange of data and training activities. A EUMETSAT spokesperson declined to say what drove the decision.

Washington and its allies have warned that Moscow could be planning to use chemical or biological weapons. But weather data from some of those same countries – including the United States and Britain – had continued to make its way to Russian agencies via EUMETSAT feeds. At least three other bodies in Europe had stopped sharing data with Russia in the wake of its Feb. 24 invasion of Ukraine.

The moves highlight how Russia’s invasion of Ukraine has forced some scientific agencies to choose between their ethos of open exchange of scientific data versus the risk of providing information that could be used to attack civilians.

EUMETSAT operates technical infrastructure that allows the data from numerous satellite feeds to be distributed, in some cases nearly instantly, to recipients.

Prior to Tuesday’s decision, EUMETSAT said it had stopped sending data from EU satellites to Russia and Belarus on instructions from the European Commission, but had continued to relay information from other European satellites to those two countries as well as meteorological observations from governments around the world.

The European Commission didn’t respond to requests for comment.

On Monday, EUMETSAT’s communications head Paul Counet, said: “The EUMETSAT position is that the global and free exchange of meteorological data has been hugely important in supporting global weather forecasting and this is how we have operated so far.”

Because Russia contributed data to the program, it had been able to access the EUMETSAT’s feeds in return. That allowed Russia to receive data from European countries, including Britain, as well as from America, Canada and elsewhere.

Reuters was unable to determine to what degree these countries collect Ukraine-specific data, but experts said international weather information would be useful for forecasting conditions in Ukraine.

EUMETSAT said 21 users had been receiving data in Russia. It declined to name the organisations.

Russia has said it is conducting a “special operation” to demilitarise Ukraine and that it does not attack civilians. Russia has said that components of biological weapons had been made on Ukrainian territory with the assistance of the United States. The United States denied Russian accusations that Washington was operating biowarfare labs in Ukraine.

Some Western weapons experts said there was a risk the meteorological data that EUMETSAT had provided could be used for military purposes, including to plan chemical and biological attacks, which are prohibited under international law.

“If, hypothetically, you’re planning an attack where you are spraying out a cloud of chemicals or pathogens you will need to take meteorological data into account,” wrote Filippa Lentzos, a biological threats expert and senior lecturer at King’s College London, in an email to Reuters. “You wouldn’t want this stuff blowing back on your own forces!”

Hamish de Bretton-Gordon, a chemical weapons expert and visiting fellow at Britain’s Cambridge University, said weather data “is absolutely crucial” during chemical and biological weapons use, to ensure gas and pathogens don’t not blow back on users. “Knowing the wind direction and speed at various heights is key to predicting where the hazard will go,” he said.

Some Western weather data providers have restricted the information they supply to Russia. Among them is the European Centre for Medium-Range Weather Forecasts (ECMWF), which runs data from EUMETSAT and other providers through supercomputers to produce weather predictions considered industry gold standard. ECMWF said last week that it had stopped the flow of atmospheric and climate data to Russia with immediate effect.

ECMWF took that decision to “align our position to the spirit of the current sanctions imposed by Member States and the European Union,” said Nuria Lopez, spokesperson for the agency, in an email to Reuters. The EU and Western allies have imposed a panoply of sanctions against Russia since Moscow’s Feb. 24 invasion of Ukraine, including freezing the Russian central bank’s assets. Lopez said the decision wasn’t related to Russia’s use of the data.

Britain’s Met Office, the national weather service that exchanges meteorological observations and predictions with international agencies including EUMETSAT, said it had stopped providing aviation weather information to Russian users, as directed by the UK government, “to ensure that no data we provide can be used to further the Russian campaign of aggression against Ukraine by any means.” UK lightning data is still being shared with EUMETSAT, according to the Met Office.

A spokesperson for Environment and Climate Change Canada, which shares near real-time data from polar-orbiting satellites with EUMETSAT, said on Friday the department had not had conversations with the organisation about limiting access to broadcast and satellite feeds to Russian users.

For decades, the World Meteorological Organisation (WMO), a UN body, has encouraged wider use of public sector data and urged its partners to make scientific information more accessible globally on matters related to safety and environmental protection. Many datasets are publicly available online, so it would be hard to completely shut Russia off, say weather and climate experts. But those datasets are not real-time feeds.

Counet, EUMETSAT’s spokesperson, said Tuesday that the organisation would continue to provide essential data including “satellite, modelling and observation data that are necessary to produce and improve global forecasts in support of the protection of life and property” to users around the globe, in line with WMO regulations. He declined to specify whether that meant EUMETSAT would continue sharing this with Russian users either directly or indirectly.

The WMO makes available certain data from countries around the world that it deems essential.

Ukraine had written to the WMO to voice concern over the agency’s data sharing with Russia, said a WMO spokesperson, who declined to provide more information about the letter. The spokesperson said there had been “no formal decisions by the WMO Congress on limiting data exchange to the Russian Federation.”