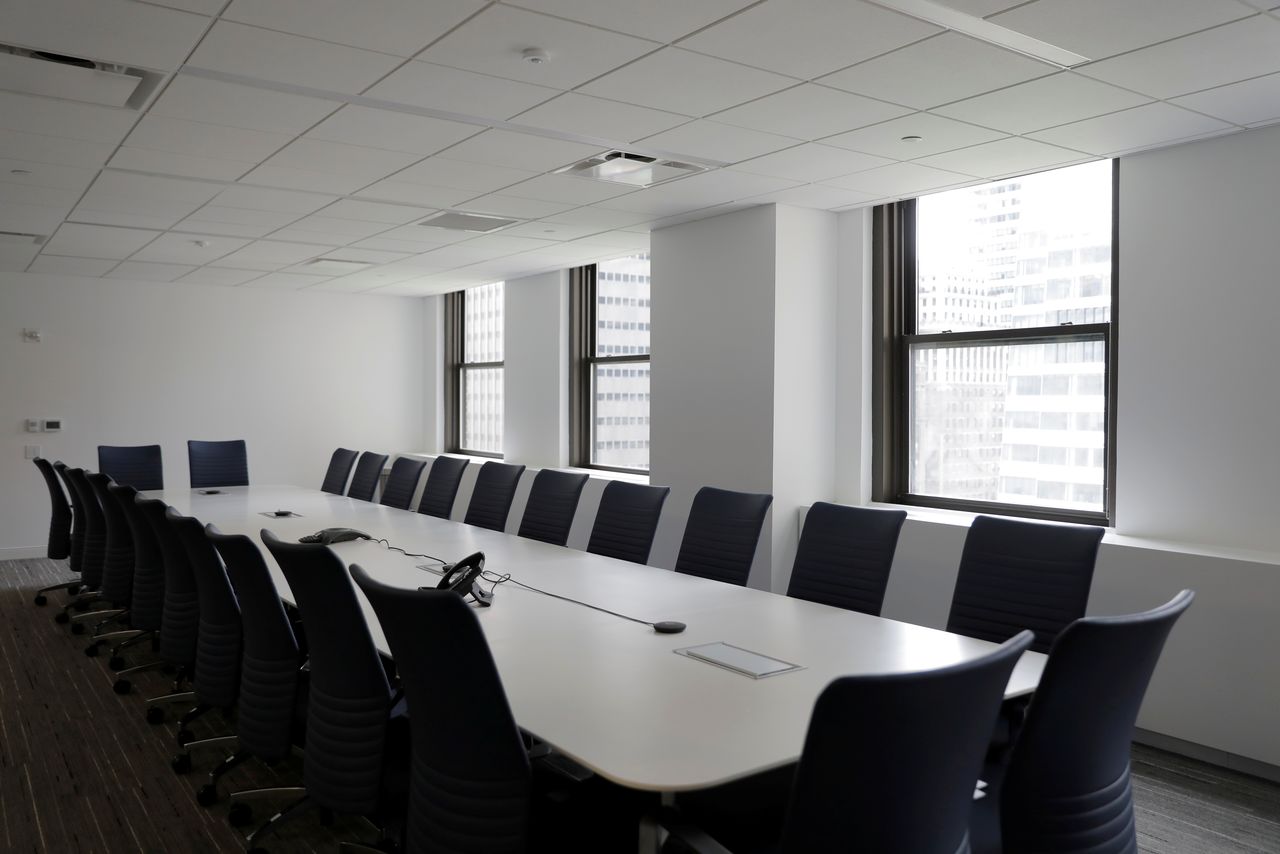 A boardroom is seen in an office building in Manhattan, New York City, New York, U.S., May 24, 2021. REUTERS/Andrew Kelly

By Federica Urso and Simon Jessop

LONDON (Reuters) - Companies with more women on their boards are more likely to be on track to meet global climate goals, analysis by investment research and asset manager Arabesque showed on Tuesday.

The study, the first to address the topic, found the most diverse 20% of the world's 1,000 biggest companies were more aligned with a goal of capping global warming at 1.5C (2.7 Fahrenheit) above the pre-industrial average by 2050.

Hitting that target is crucial to avoid irreversible damage to the planet, U.N. scientists say.

Across the group, including Britain's FTSE, Italy's MIB, the S&P 500, France's CAC, Japan's Nikkei, Germany's DAX and the Nordic OMX, 75% of the more diverse firms were in line with 1.5C.

Arabesque said it gave each company a diversity score by looking at data like board diversity and diversity targets, and a temperature score after checking if the company's climate plans were on course to support the goal.

Barbara Krumsiek, Arabesque board member and former chief executive at asset manager Calvert Investments, said the data showed a strong correlation and backed up academic studies on the issue.

"So far all the data I'm seeing reinforce the original premise that diversity and environmental performance are linked," Krumsiek said.

Conversely, 37% of the firms in the least-diverse 20% of companies were headed towards a worst-case 2.7C trajectory or above, and most did not disclose any meaningful data, the research showed.

"For investors, lack of disclosure should be a red flag," Krumsiek said.

The data from companies underpinning the analysis was collated in the ESG Book, a digital source of sustainability data backed by some of the world's top investors, regulators and companies.

In Britain, 54% of companies in the FTSE 100 now had diversity targets, an increase of just under a quarter from 2017, while the percentage of the biggest U.S. companies having concrete targets almost tripled over the period to 47%.

Italy's top companies had the lowest percentage of diversity targets, at 35% but rising by a fifth since 2017, while Germany went backwards, with 80% of firms having a target, against 83% in 2017.