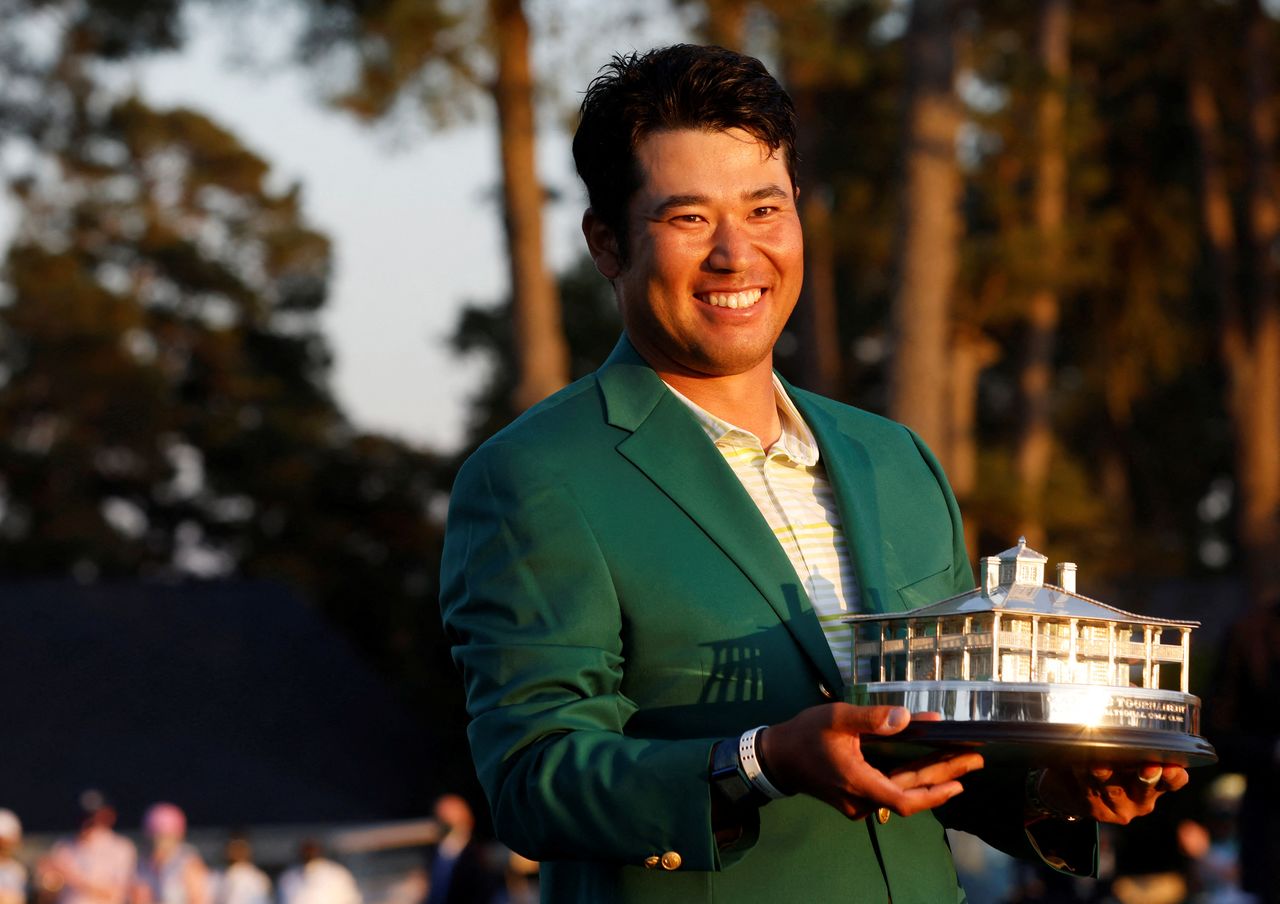 (Reuters) - Masters winner Hideki Matsuyama is better prepared to defend his Green Jacket than host the traditional Champions dinner despite nagging back problems, he said on Tuesday.

The first Japanese man to win a golf major, Matsuyama got the season off to a brilliant start by winning the Zozo Championship in his home country in October and claiming an eighth PGA Tour title at the Sony Open in January.

But Matsuyama's Augusta preparations suffered a setback when the 30-year-old was forced to withdraw from the Players Championship two weeks ago due to a back injury that only recently allowed him to return to practice.

"I have been receiving a lot of treatment getting prepared," said Matsuyama through a translator during a conference call to discuss the April 7-10 Masters.

"Yesterday was the first day I was able to have a good practice session and so for the remainder of this week and next week I will do my best to prepare well to defend my title at Augusta."

Matsuyama is hoping to play in the Valero Texas Open the week before the Masters while at the same time putting the finishing touches to the menu for the Champions Dinner he will host as reigning champion at Augusta National.

The world number 12 gave no hints about what will be served but admitted to being nervous about the speech he will give to a room packed with golf greats from Jack Nicklaus to Tiger Woods.

"Of course, I'm looking forward to returning to Augusta National as the defending champion," said Matsuyama. "There are some expectations from myself, whether it's pressure or not.

"But looking forward to (it) and also at the same time trying to prepare the best I can.

"The same with the Champions Dinner. I don't speak English very well and so it's kind of a two-sided coin.

"I'm looking forward to it, of course, to be with all those great past Masters champions but, at the same time too, very nervous about the speech I will be giving."

He started the final round at Augusta last year with a four stroke cushion and needed all of it as he held his nerve to eke out a one-shot victory over American Will Zalatoris.

"The pressure, I don't know how well I controlled it. I guess if I won, I was able to control it well," recalled Matsuyama. ""But it was a struggle all day long.

"I felt that pressure right until the end."