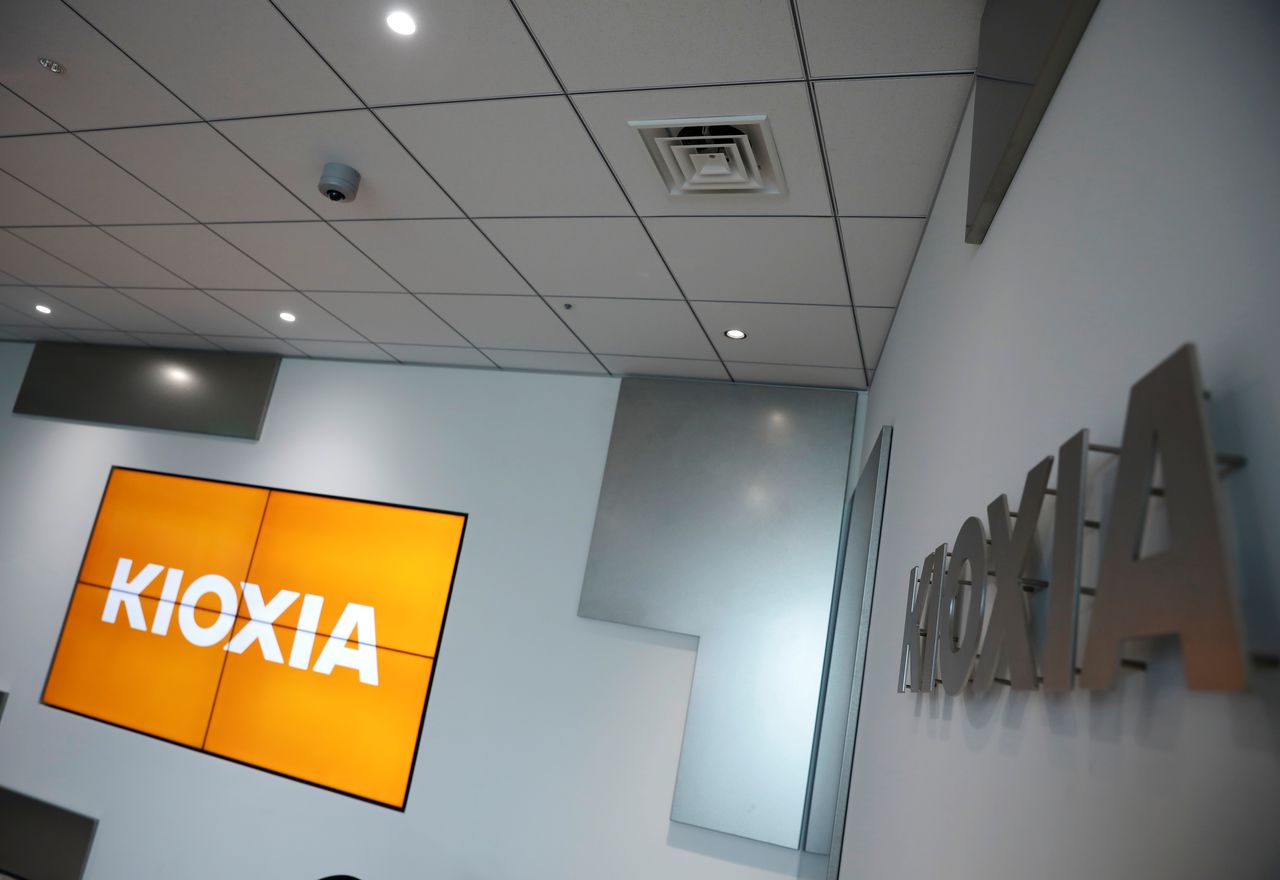 FILE PHOTO: Japanese chipmaker Kioxia's logo and promotional video on a screen are pictured at its headquarters in Tokyo, Japan, September 30, 2021. REUTERS/Kim Kyung-Hoon

TOKYO (Reuters) -Kioxia Holdings Corp said on Wednesday it plans to jointly build with Western Digital Corp a new flash memory fabrication facility in its plant in northern Japan, which, a source said, may entail an investment of some 1 trillion yen ($8.3 billion).

The construction of the new earthquake-resistant facility at its Kitakami plant in Iwate prefecture is scheduled to commence in April 2022 and is expected to be completed in 2023, the Japanese chipmaker said in a statement.

It did not give investment details and a company spokesperson declined to comment further.

A source with knowledge of the matter told Reuters separately that the joint venture would be about 1 trillion yen in size and the two companies plan to discuss the venture details including an investment ratio.

Toshiba Corp., which owns a 40.6% stake in Kioxia, said last month that it continues to look at the possibility ofa sale of its stake in Kioxia, and has asked Kioxia to conduct an IPO as soon as possible.