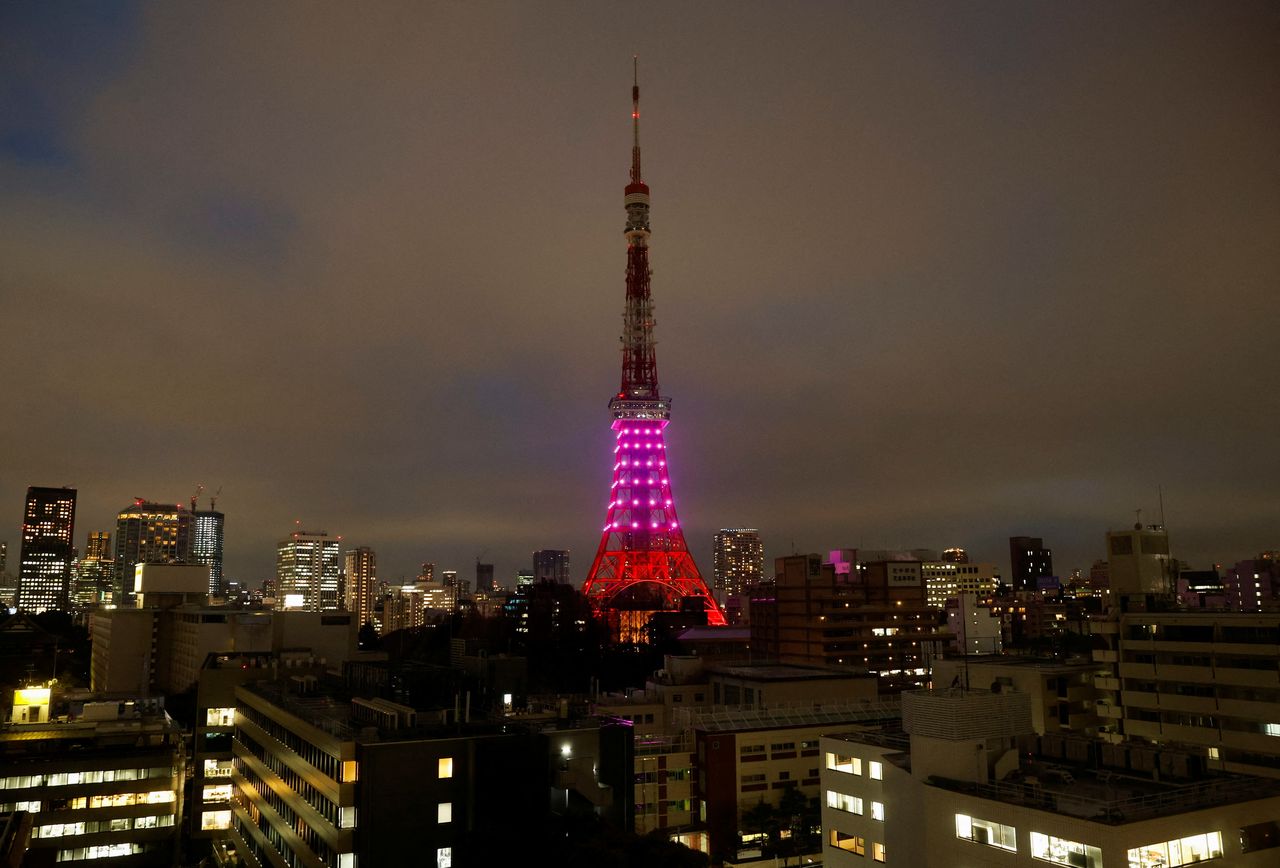 Tokyo Tower is illuminated only in the lower-half part in response to the government's request to save electricity in Tokyo, Japan March 22, 2022. REUTERS/Issei Kato

TOKYO (Reuters) - Japan lifted a power-supply warning for Tokyo and surrounding areas on Wednesday as supply stabilised, a day after the government had warned of possible blackouts in the aftermath of an earthquake last week.

The warning was lifted at 1100 JST (0200 GMT), after the government issued an urgent call the previous day to save energy, to which businesses and households responded by dimming lights and turning down thermostats.

Although Tokyo Electric Power Co (Tepco), which powers the capital and its surrounding areas, had warned that as many as 3 million households could lose power in the evening on Tuesday, Japan managed to avert any serious power outages.

With thermal power stations halted due to a quake that shook the northeastern coast of Japan last week and unseasonably cold weather hitting Tokyo, the government had called for saving electricity from early in the morning on Tuesday.

It renewed the plea in the afternoon, however, warning of potential power outages if consumers continued to use energy.

"We weren't achieving the (energy-saving) targets between 08:00 to 15:00 and we felt the situation was risky. That was why we asked for help from the trade ministry and asked for the minister to call on further energy-saving measures," a Tepco official said on Wednesday.

"We were able to achieve this level (of energy-saving) from 15:00 because everyone responded to the pleas to cut back on energy usage, and all we feel right now is gratitude," the official added.

A similar warning had been issued for the northeastern areas powered by Tohoku Electric Power Co, but that warning was lifted late on Tuesday.