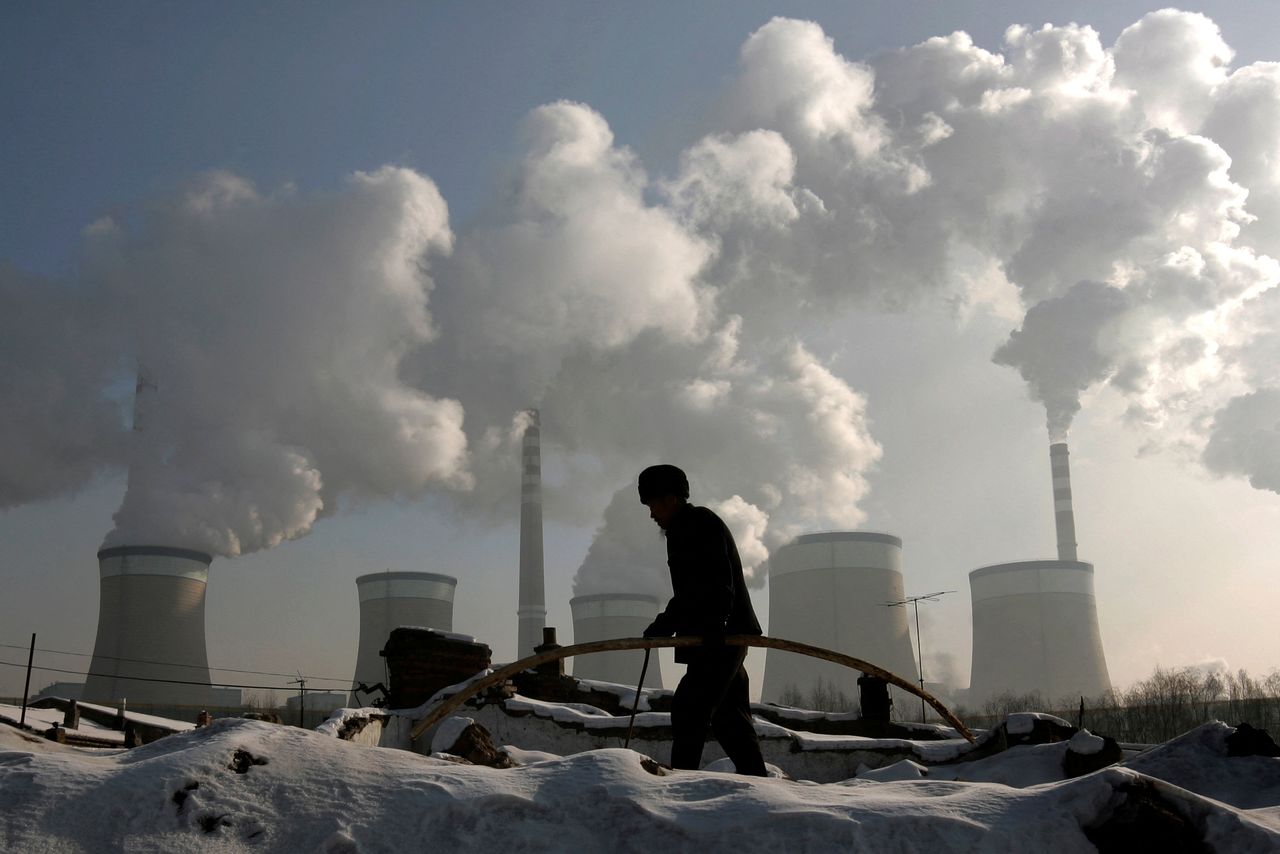 FILE PHOTO: A villager walks in front of a coal-fired power plant on the outskirts of Datong, Shanxi province, November 20, 2009. REUTERS/Jason Lee

By David Stanway and Zoey Zhang

SHANGHAI (Reuters) -Banks in Asia are "falling short" when it comes to meeting global pledges to tackle climate change and aligning with the decarbonisation aims of their countries, according to a study published on Wednesday.

Nearly 200 countries signed a pact in Glasgow last year calling on banks and financial institutions across the world to mobilise more finance to help achieve global climate goals and to seek innovative ways to pay for climate adaptation.

But a review of 32 banks throughout East and Southeast Asia showed that none had made any clear commitments or adequate implementation plans to meet the goals of the Paris climate agreement, according to Asia Research & Engagement (ARE), a Singapore-based environment group.

"Asia's banks are falling short in aligning with national decarbonisation policies and are not yet taking the steps necessary to meet global climate goals," ARE said.

The banks have been quick to launch green financial products but they have lagged when it comes to cleaning up their existing products and carrying out policies required to divert capital away from carbon-intensive industries, it said.

"This raises concerns of greenwashing: that banks are seeking a marketing benefit for sustainable finance deals while providing higher levels of finance to dirty industries," the report said.

Of the 32 banks in major economies like China, Japan, South Korea, Singapore and Indonesia, only nine had long-term net-zero commitments for the emissions they finance, while only 13 had policies prohibiting the financing of new coal-fired power.

The highest ranked Asian bank was DBS Group in Singapore, which has set a long-term net-zero target but has not yet made any clear short- and medium-term plans, and also had a number of gaps in its financing policies.

In an emailed statement, a DBS spokesman said the bank had become the first from Singapore to sign up to the Net-Zero Banking Alliance, which commits it to become net-zero by 2050. He said the bank's plans to achieve the goal were included in its sustainability report published this month.

Five banks were given the lowest rating because they had "barely started" their journey towards climate readiness, including China's Bank of Ningbo, Ping An Bank and the Shanghai Pudong Development Bank (SPDB).

SPDB said in an emailed statement that it will "fully serve" all elements of the carbon-neutral industrial chain and support sectors like green manufacturing and new energy vehicles, adding that green development was part of its "corporate DNA".

Ping An said it had already "upgraded green finance to a strategic level". The company's green credit balance reached almost 70 billion yuan ($10.99 billion) in 2021, tripling from a year earlier, it said in an email.

ARE said banks needed to establish clear climate policies that were aligned with national goals in order to avoid future regulatory risks and ensure their clients transition to cleaner and more competitive technologies.