TOKYO (Reuters) -Moderna Inc is sponsoring sumo flags in its first such promotion in Japan, as the COVID-19 vaccine maker seeks to wrestle market share from compatriot Pfizer Inc.

The U.S. firm's introduction to the broader Japanese public was set back after some of its doses last year were found to be contaminated, although it has clawed back market share since with the help of a government-endorsed programme.

Now, as the government plans a fourth-dose vaccination programme, Moderna is looking to sumo to boost its public appeal as it seeks to expand beyond COVID-19 shots.

The sumo flags, known as kensho-hata, are held by banner bearers circling the sumo ring and have traditionally served as ads for everyday goods such as vitamins, teas, juices and rice.

Moderna debuted its banner on March 13 at the start of the national sport's two-week spring tournament - a simple white design with the company name in chunky, red, sumo-style script.

The promotion signals the company's growth aspirations in Japan, which has come to know Moderna through some 50 million doses of its mRNA-based COVID-19 vaccine imported last year by local partner Takeda Pharmaceutical Co Ltd.

Those doses made up less than 20% of shots in Japan's initial double-shot inoculation push, with the bulk made up of the shot Pfizer developed with Germany's BioNTech SE.

During that time, 1.63 million Moderna doses were recalled in Japan after metal fragments were found in some vials - a problem traced to a partner factory in Spain.

That helped the numbers even out, with Moderna accounting for about 42% of booster shots.

Last week, the government said vaccines for fourth doses will be split nearly even between the two suppliers. It plans to secure 75 million doses from Pfizer and 70 million from Moderna.

For the fourth shot, which is under development and will be a combination of vaccines designed for the Delta and Omicron variants of the novel coronavirus, Moderna directly holds the rights in Japan, Rami Suzuki, Moderna's recently appointed representative director in Japan, told Reuters.

Takeda said it is in discussion with Moderna about distribution.

Moderna, founded in 2010 and based in Cambridge in the U.S. state of Massachusetts, did not have an office in Japan until October, and Suzuki, who previously held roles at pharmaceutical firms Janssen and Eisai Co Ltd, joined in November.

Going forward, the company plans to combine COVID-19 and influenza vaccines in one shot, with possible market introduction in 2023, Suzuki said. Later, the combined shot could include a third vaccine for respiratory syncytial virus (RSV), she said.

The Japan push comes as Moderna increases its Asia presence with a plan to produce mRNA vaccines in Australia and create four subsidiaries in Malaysia, Taiwan, Singapore and Hong Kong.

Based on trials showing Moderna's shot has the strongest antibody effect when combined with other vaccines, the firm "still has opportunity to seize market share from Pfizer in terms of boosters," said healthcare analyst Xinyao Wang, who publishes on the SmartKarma platform. 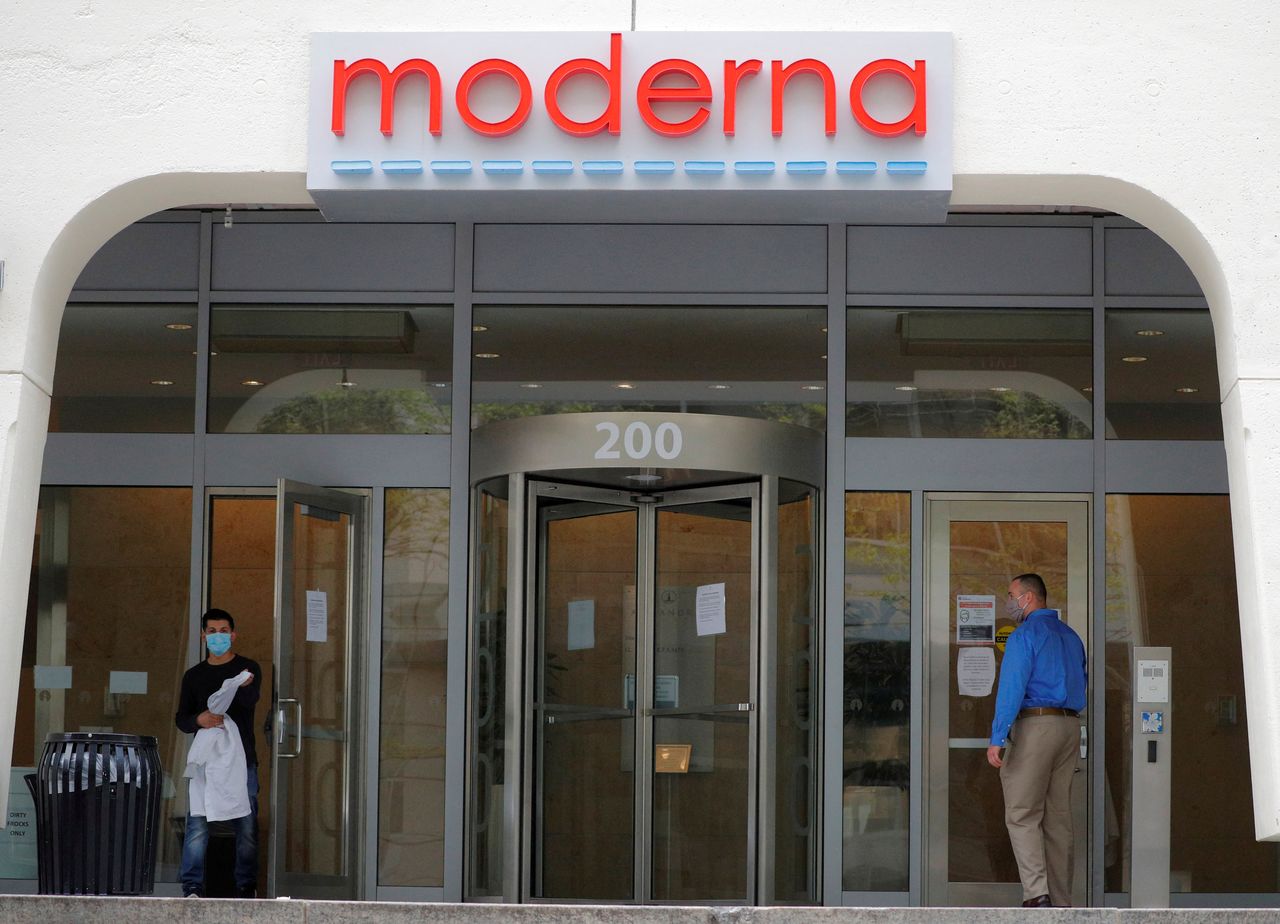 FILE PHOTO: A sign marks the headquarters of Moderna Therapeutics, which is developing a vaccine against the coronavirus disease (COVID-19), in Cambridge, Massachusetts, U.S., May 18, 2020. REUTERS/Brian Snyder 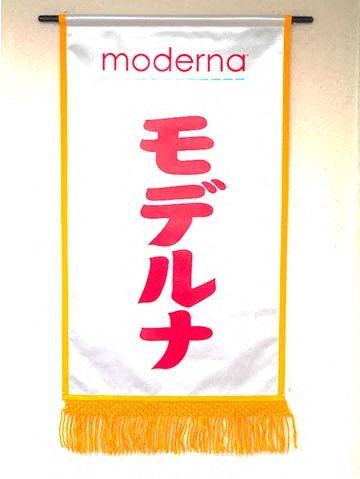 A Moderna Inc. banner is pictured while it was paraded around the sumo ring at a spring tournament in Osaka, Japan, March 11, 2022. TOMAC/Handout via REUTERS