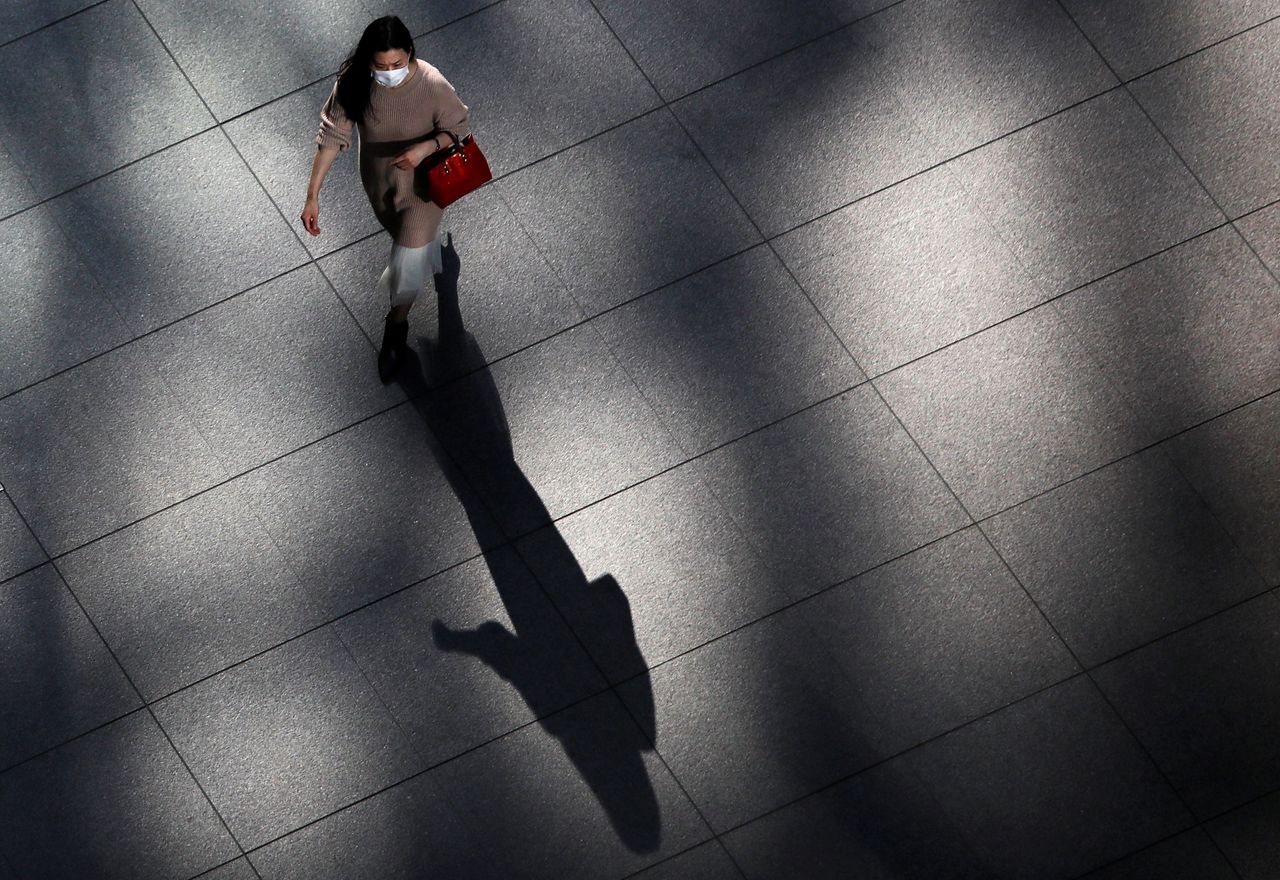 FILE PHOTO: A woman wearing a protective face mask walks inside a buildng at a business district, amid the coronavirus disease (COVID-19) outbreak, in Tokyo, Japan November 18, 2020. REUTERS/Issei Kato

By Kaori Kaneko and Takahiko Wada

TOKYO (Reuters) - Japan is considering requiring companies' annual reports to disclose average wages by gender and the ratio of female managers, said two people with direct knowledge of the matter, as it seeks to close the pay gap between men and women.

The mandatory rule could be implemented as early as the fiscal year beginning in April 2023, the people said.

The move would be part of Prime Minister Fumio Kishida's push to narrow income disparities and achieve more equal distribution of wealth for a sustainable economic recovery.

The government is also considering having firms disclose the ratio of male workers on childcare leave, said the sources, who declined to be identified as they were not authorised to speak to the media.

"The wage gap between men and women is an economic and financial problem, and the premier has a sense of crisis about it," a third government official said.

"Other countries are moving at a tremendous speed. Japan has to go about three times as fast as before (to catch up)", said the official.

A panel overseen by the watchdog Financial Services Agency, aims to draw up a report on the measures this spring.

"We are discussing the issues and nothing has been decided," an official at the agency said.

Japan lags major peers on pay equality. Its gender pay gap was the largest of the Group of Seven (G7) nations, according to a survey by the Organisation for Economic Co-operation and Development.

It ranked 120 out of 156 countries in the World Economic Forum's 2021 Global Gender Gap Index, scoring poorly on women's economic participation and opportunity, as well as political empowerment.

In Japan, listed firms are required to submit securities reports within three months of the financial year end, with many of them settling their accounts in March. ($1=120.90 yen)