BOJ policymaker warns of prolonged inflation due to Ukraine war 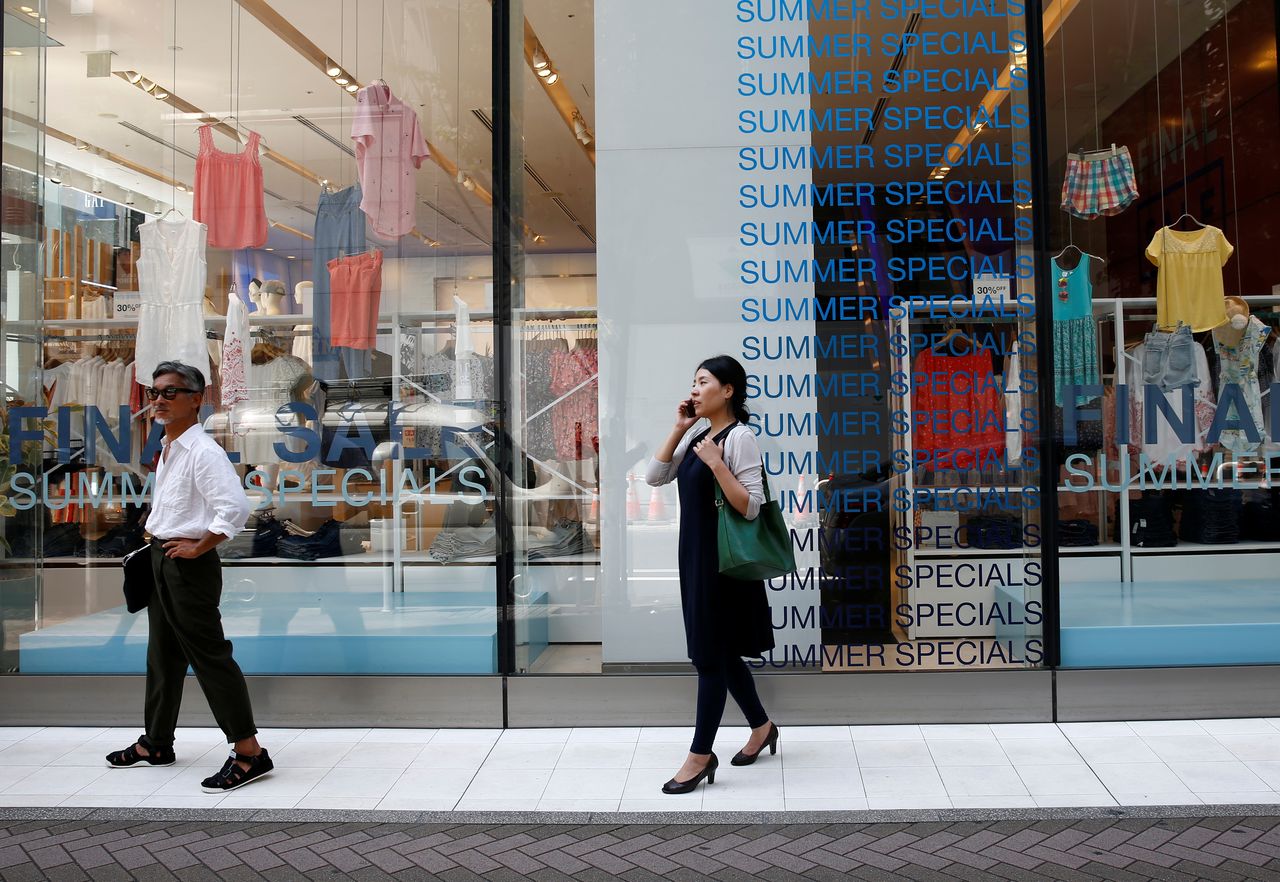 FILE PHOTO: Pedestrians stand in front of sale signs on a shopfront at a shopping district in Tokyo, Japan, July 20, 2018. REUTERS/Kim Kyung-Hoon

TOKYO (Reuters) - Japan may see consumer inflation creep up and stay near the central bank's 2% target for a prolonged period if the war in Ukraine continues to drive commodity prices higher, Bank of Japan policymaker Goushi Kataoka said on Thursday.

As such inflation will be driven by external factors rather than robust domestic demand, the Bank of Japan (BOJ) has no reason to tighten monetary policy, he told a news conference.

"There's a chance inflation may exceed 1.5% due to technical factors, and stay around that level for a prolonged period," said Kataoka, who has been a sole proponent of bigger stimulus.

"But Japan lacks momentum for inflation to stably hit 2%. At this stage, I don't see the BOJ moving towards tightening."

While supporting the economy remains a priority over the fight against inflation, BOJ policymakers were paying more attention to rising inflationary pressures even before Russia's invasion of Ukraine on Feb. 24.

At their January gathering, bank board members agreed that consumer inflation may overshoot their expectations if companies pass on rising costs quicker than forecast, minutes of the meeting showed on Thursday.

"Many companies are feeling the limit of sticking to a business model that was effective during deflation. As they change their price-setting behaviour, inflationary pressure may heighten," one member was quoted as saying.

Japan has lagged other advanced nations in recovering from the pandemic slump, with economic growth seen stalling in the current quarter due to weak consumption.

In a glimmer of hope, a survey released on Thursday showed Japan's manufacturing activity sped up in March as falling COVID-19 cases helped lift orders.

But soaring fuel and grain costs are adding pains to resource-poor Japan, casting doubt on the BOJ's view that the world's third-largest economy is headed for a moderate recovery.

Many analysts expect core consumer inflation, which hit 0.6% in February, to accelerate near 2% in coming months on rising fuel costs and the dissipating effect of cellphone fee cuts.

Under pressure to ramp up spending ahead of an upper house election, Prime Minister Fumio Kishida will likely instruct his cabinet to compile a relief package on Tuesday to cushion the blow from rising raw material prices.

The BOJ's dovish stance is in contrast to the U.S. Federal Reserve's plan to embark on aggressive interest rate hikes. The gap has pushed the yen to a six-year low against the dollar, adding pain to households by inflating import prices.

Kataoka said a weak yen was "good for the economy as a whole," adding that the demerits were small when taking into account factors like the boost given to exports by a weaker yen.