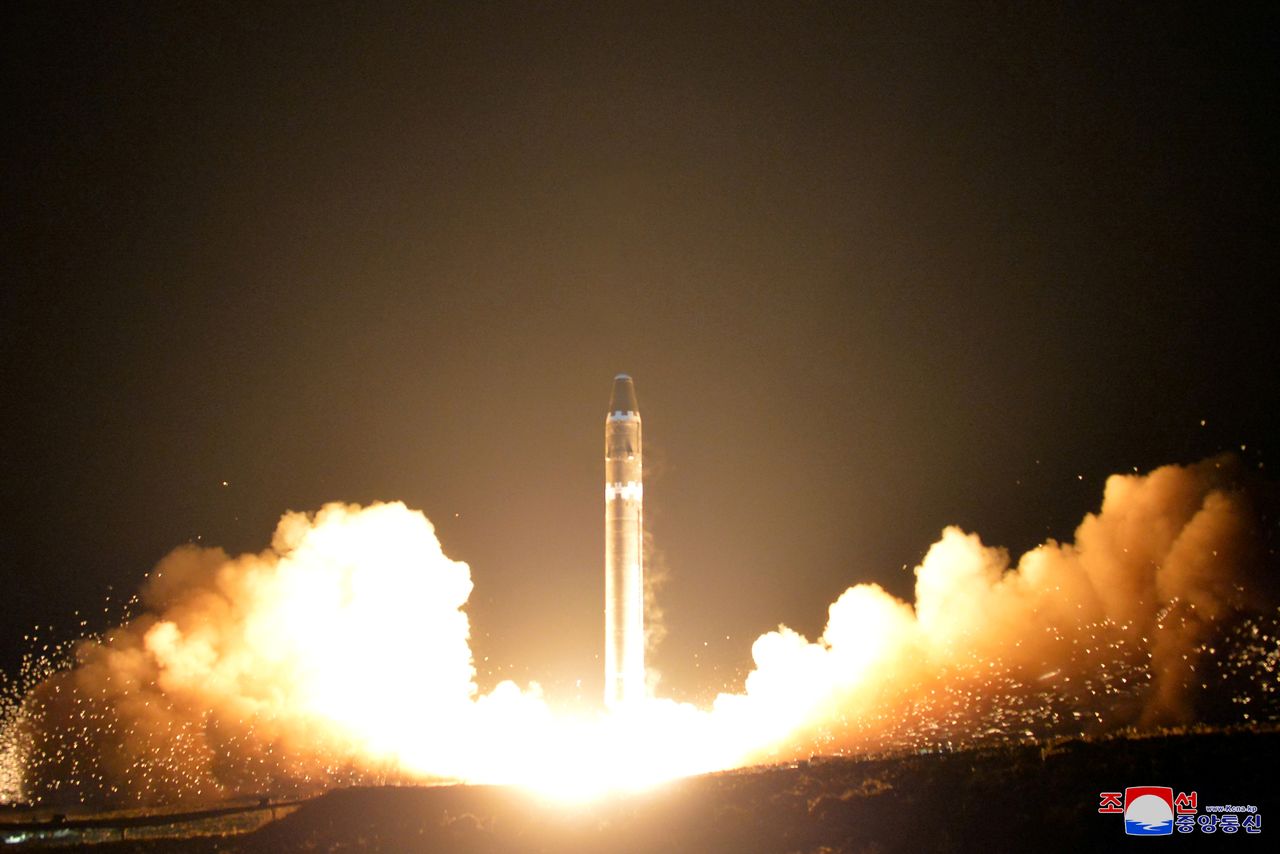 SEOUL (Reuters) -North Korea test-fired its massive Hwasong-17 intercontinental ballistic missile (ICBM) for the first time on Thursday, demonstrating the capabilities of a weapon potentially able to deliver a nuclear warhead to anywhere in the United States.

It came after officials in Seoul and Washington said launches on Feb. 27 and March 5 involved parts of the Hwasong-17 ICBM system, likely in preparation for a full test like the one on Thursday.

Here is what we know the Hwasong-17, which analysts have called a "monster missile":

Unlike any of North Korea's previous ICBM tests, the Hwasong-17 was launched directly from a transporter, erector, launcher (TEL) vehicle, photos by state media showed. The Hwasong-17, which has been shown on a TEL with 11 axles, is the largest road-mobile, liquid-fuelled ICBM in the world, analysts said.

Its diameter is estimated to be between 2.4 and 2.5 metres, and its total mass, when fully fuelled, is likely somewhere between 80,000 and 110,000 kg, according to 38 North, a U.S.-based programme that monitors North Korea.

North Korea first unveiled the previously unseen ICBM at an unprecedented pre-dawn military parade in October 2020, with analysts noting it appeared "considerably larger" than the Hwasong-15. It was displayed a second time at a defence exhibition in Pyongyang in October 2021. After examining photos of the exhibit, analysts concluded the official designation of this large ICBM is most likely "Hwasong-17", not Hwasong-16.

It is unclear whether the Feb. 27 and March 5 test-fires used all or part of the two-stage missile. Some analysts say the tests may have involved only one stage.

The Hwasong-17's size has prompted analysts to speculate that it will be designed to carry multiple warheads and decoys to better penetrate missile defences.

Some observers said that the satellite technology that North Korea claimed to have tested in the Feb. 27 and March 5 launches could also be used for a multiple independently targetable reentry vehicle (MIRV) system, potentially allowing a single missile to drop nuclear warheads on different targets.