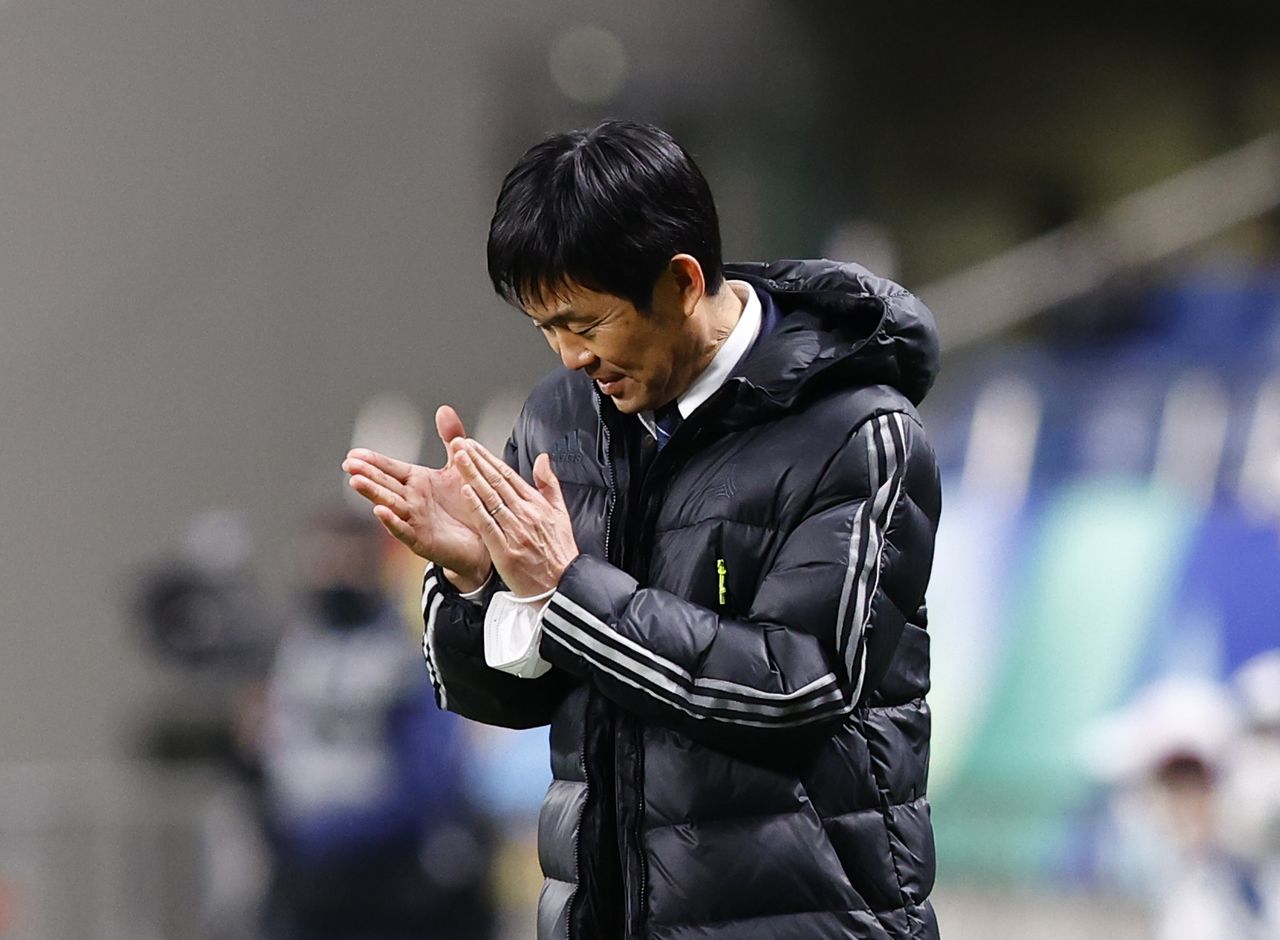 SYDNEY (Reuters) - Japan coach Hajime Moriyasu credited his team's positive outlook for the last-gasp 2-0 win over Australia on Thursday that took them to this year's World Cup finals.

A draw in Sydney, which looked likely with the score level at 0-0 after 89 minutes, would have left Japan needing only a point at home against Vietnam next Tuesday to secure their spot in Qatar.

Japan continued to attack, however, and got their reward when winger Kaoru Mitoma, brought on as a substitute in the 84th minute, scored twice in the dying minutes to earn them a spot at a seventh successive edition of the finals.

"I was only focused on winning, we weren't going to go for a draw and we didn't go defensive when the game was under control in the second half," Moriyasu told reporters.

"Putting on Mitoma was part of those tactics but it wasn't my tactics that won the game, it was the players who did the job.

"And not just the players on the pitch. The subs, and even the players who weren't on the bench, they all had the same mindset and that was the key reason why we got the result tonight."

The third round of the Asian qualifying campaign did not start auspiciously for Japan and Moriyasu was under huge pressure when they lost two of their first three matches.

A 2-1 home win over Australia last October got them back on track, however, and Thursday's victory was their sixth in a row.

Moriyasu said he had gathered his players together on the pitch after the victory to thank them, but also to remind them that no one succeeds in isolation.

"We didn't get this result just by ourselves, it was also the people who supported us in Japan, the players who played in the earlier qualifiers, and even our government," he said.

"They supported us during the pandemic. I think it's a special thing that we can play football in such circumstances and I wanted the players to understand this."