The road from Trump-Kim summits to N.Korea's new ICBM test 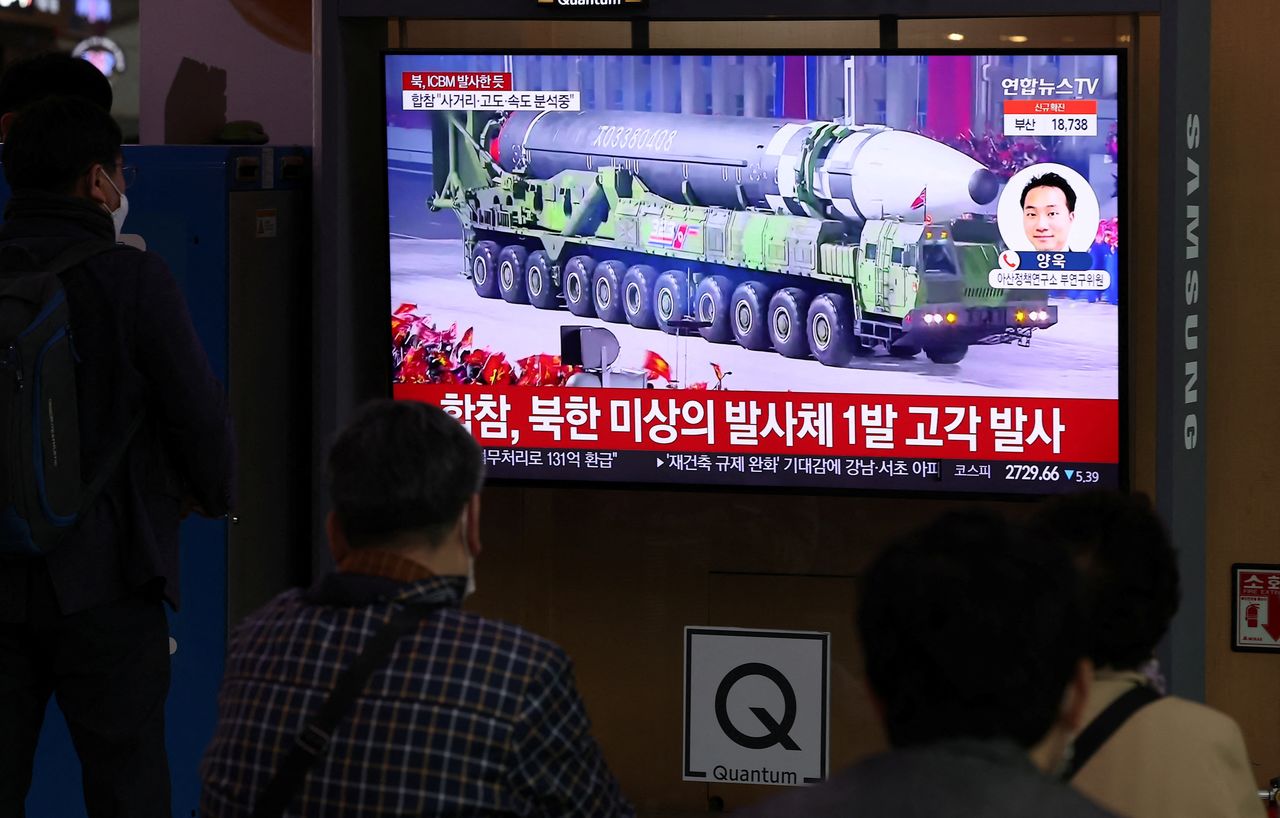 SEOUL (Reuters) - North Korea appeared on Thursday to have returned to testing its longest-range intercontinental ballistic missiles (ICBMs) for the first time since 2017.

The launch leaves the diplomatic legacy of former U.S. President Donald Trump and outgoing South Korean President Moon Jae-in in tatters. Both had touted North Korea's self-imposed moratorium on such testing as a key success from several years of engagement.

Amid stalled denuclearisation talks that U.S. President Joe Biden has struggled to jumpstart, Thursday's test highlighted the bumpy road that led from threats of "fire and fury" to historic summits with Kim Jong Un to stalled talks and disappointment, and now back to major weapons tests.

Kim and Moon meet for first inter-Korean summit in more than a decade, pledging to work for “complete denuclearisation of the Korean Peninsula”. They meet again in May and September.

Kim and Trump hold their first summit, in Singapore, agreeing to the denuclearisation of the Korean peninsula in exchange for U.S. security guarantees.

Trump and Kim end their second summit in the Vietnamese capital Hanoi without an agreement due to differences over demands by Pyongyang for sanctions relief and by Washington for North Korea to abandon nuclear weapons.

Kim supervises tests of rockets and a new short-range ballistic missile (SRBM) in first such tests since the Nov. 2017 ICBM launch.

Trump and Kim meet for the third time in the Demilitarised Zone (DMZ) separating the two Koreas.

Trump says he has a very good relationship with Kim and stopped war. Biden likens Kim to Adolf Hitler and calls him a "thug".

North Korea test-fires a second type of hypersonic missile. Analysts says it appears to have a Manoeuvrable Reentry Vehicle (MaRV) to carry its warhead.

North Korea fires a Hwasong-12, the first launch of an Intermediate Range Ballistic Missile (IRBM) since 2017.

North Korea launches two ballistic missiles towards East Sea. It does not identify the missiles involved, but says it was testing components for a reconnaissance satellite. U.S. and South Korean officials say the launches were secret tests of North Korea's new Hwasong-17 ICBM system, though not to its full range or capability.

Conservative Yoon Suk-yeol is elected president in South Korea. While saying he is open to diplomacy, he vows to take a more hardline approach to North Korea than his predecessor.

South Korea's military said it had detected activity at North Korea's nuclear test site to restore at least some tunnels that were demolished in 2018 when the site was closed.

South Korea reports that a suspected ballistic missile fails shortly after being launched from the Pyongyang international airport and explodes in mid-air.

North Korea conducts a full test of an ICBM, according to South Korea and Japan, the first such launch since 2017.