By Josh Smith and Michelle Nichols

SEOUL/UNITED NATIONS (Reuters) -North Korea said on Friday its launch of a big new intercontinental ballistic missile this week was designed to demonstrate the might of its nuclear force and deter any U.S. military moves.

The United States responded by saying it would push the U.N. Security Council to "update and strengthen" sanctions on North Korea over its "increasingly dangerous provocations," a move Pyongyang's allies China and Russia are likely to oppose.

Thursday's launch was the first full ICBM test by nuclear-armed North Korea since 2017. Flight data indicated the missile flew higher and for a longer period than any of North Korea's previous tests before crashing into the sea west of Japan.

What North Korea calls the Hwasong-17 would be the largest liquid-fuelled missile ever launched by any country from a road-mobile launcher, analysts say.

Its range and size suggest North Korea plans to tip it with multiple warheads that could hit several targets or with decoys to confuse missile defences, they say.

The leaders of the Group of Seven industrialised nations and the European Union condemned the test as a "reckless" threat to peace and security and a danger to international civil aviation and maritime navigation. They said it demanded a united response.

North Korea's return to testing weapons experts believe are capable of striking the United States is an unwelcome additional challenge to President Joe Biden as he responds to Russia's invasion of Ukraine.

North Korea's last ICBM launches and nuclear tests in 2017 prompted U.N. Security Council sanctions, but the United States and its allies are at odds with Russia and China over the Ukraine war, making such a response more difficult.

U.S. Ambassador to the United Nations Linda Thomas-Greenfield nevertheless announced a new sanctions push at a meeting of the 15-member Security Council on Friday.

North Korea's nuclear tests and ballistic missile launches have long been banned by the Security Council and subjected to sanctions that have been strengthened over the years.

However, while they backed sanctions in 2017, China and Russia have since pushed for their easing to encourage North Korea to return to denuclearisation talks with the United States and others.

"Offering sanctions relief, without substantive diplomatic progress, would only funnel more revenue to the regime and accelerate the realization of its WMD (weapons of mass destruction) and ballistic-weapons goals."

China's U.N. Ambassador Zhang Jun told the council "no party should take any action that would lead to greater tensions" and added, referring to North Korea by the initials of its official name: "The U.S. must not continue to brush aside the DPRK's justified demands. It should offer an attractive proposal to pave the way for early resumed dialogue."

Russia's RIA news agency earlier quoted the Russian foreign ministry as saying that Russia and China had agreed to coordinate closely on the Korean situation.

"Concern was expressed over the latest developments in the sub-region" at a meeting between Russian Deputy Foreign Minister Igor Morgulov and China's representative for the Korean Peninsula, it said, adding that they emphasised the need to step up efforts towards fair political and diplomatic solutions.

North Korean state media said leader Kim Jong Un ordered the test because of "daily-escalating military tension in and around the Korean peninsula" and the "inevitability of the long-standing confrontation with the U.S. imperialists accompanied by the danger of a nuclear war".

"The strategic forces ... are fully ready to thoroughly curb and contain any dangerous military attempts of the U.S. imperialists," Kim said while overseeing the launch.

It came after the election of a new, conservative South Korean administration that has pledged a more muscular military strategy towards North Korea.

China urged restraint on "all sides" after the test.

Kim said the test would help convince the world of the power of his strategic forces.

"Any forces should be made to be well aware of the fact that they will have to pay a very dear price before daring to attempt to infringe upon the security of our country," he said.

North Korean state media showed a massive missile, painted black with a white nosecone, rising on a column of flame from a launch vehicle.

Seoul-based website NK Pro said discrepancies in the imagery and video on state media suggested it may have been shot on different dates, raising the possibility that North Korea was hiding details.

Pyongyang never acknowledged what South Korea said was a failed launch from the same airport last week, and on Thursday South Korea's Yonhap news agency cited unnamed officials who said they were examining whether the latest test may have been a smaller Hwasong-15 ICBM, which was test fired in November 2017.

Officials in Seoul and Washington previously said launches on Feb. 27 and March 5 involved parts of the Hwasong-17 ICBM system, likely in preparation for a full test.

Kim, shown in video at the launch site dressed in a leather jacket and sunglasses, called it a "miraculous" and "priceless" victory for the Korean people. 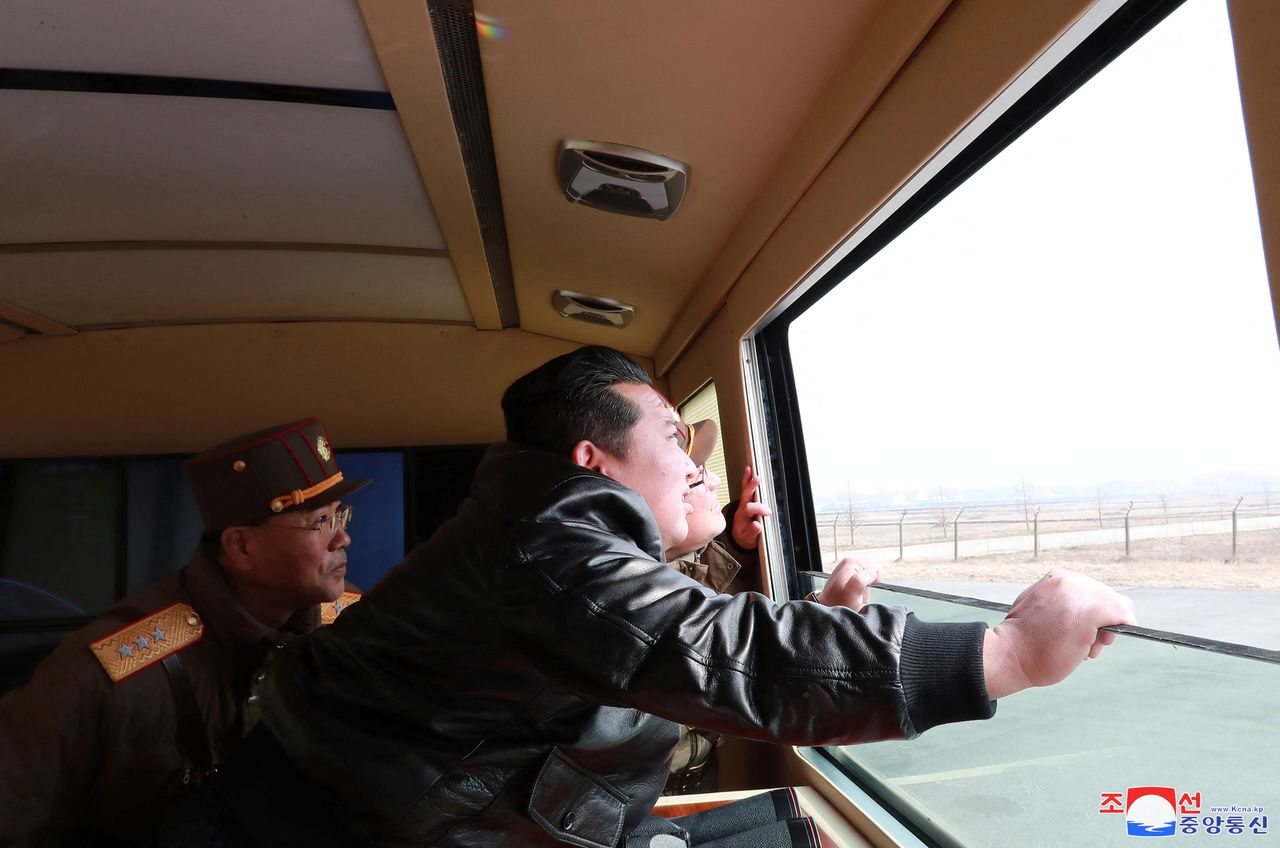 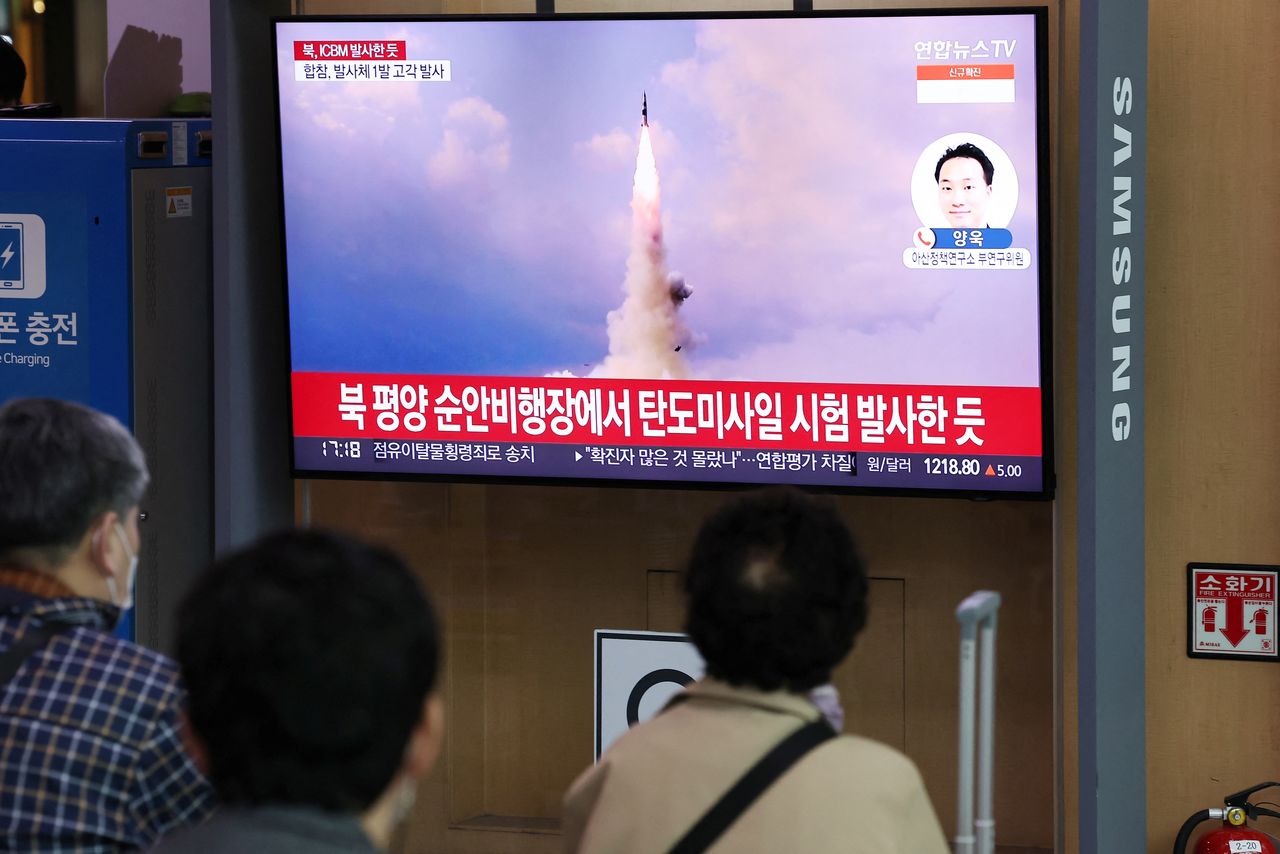 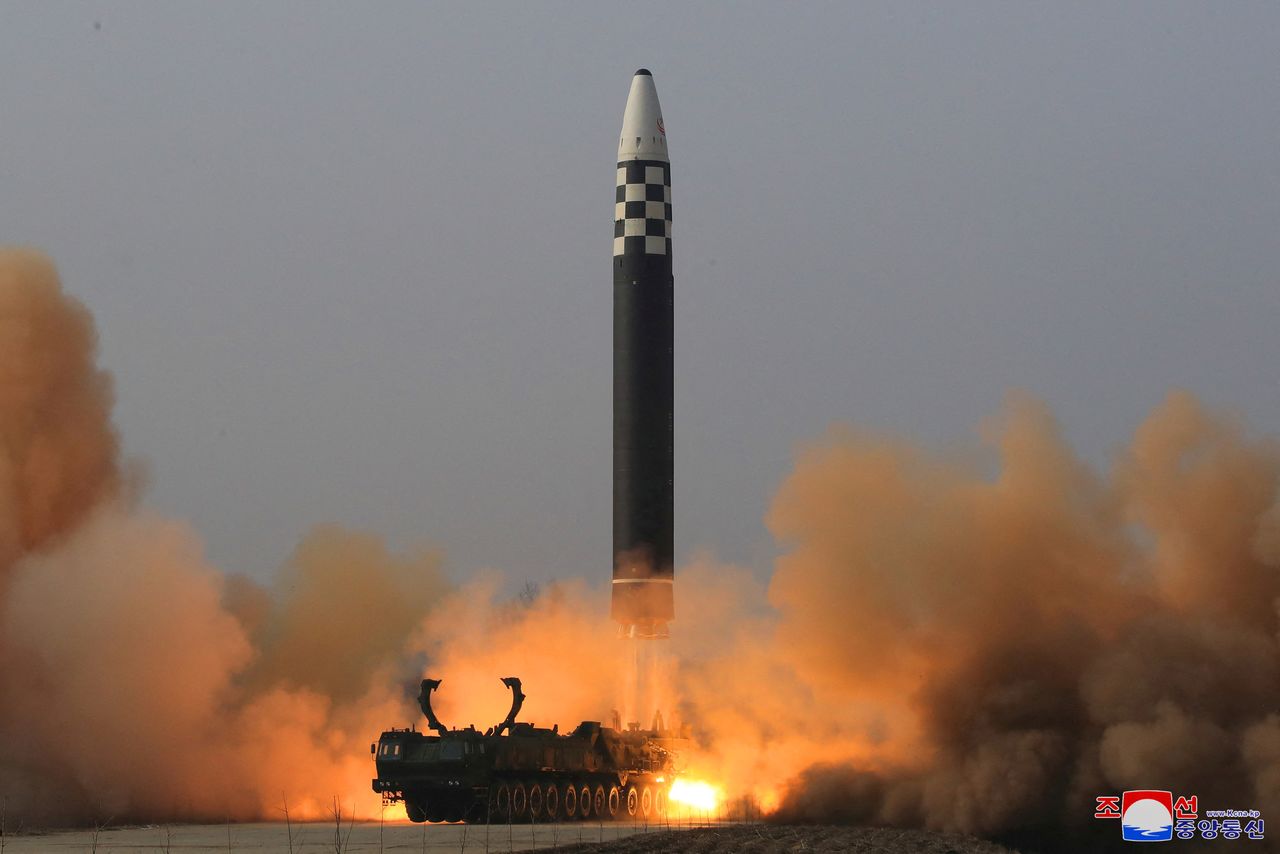