Analysis - Rugby-Logic, not 'blind faith', behind RFU's backing of Jones

LONDON (Reuters) - The RFU insists that Eddie Jones remains the right man to lead England into the 2023 Rugby World Cup and it seems that, despite the latest Six Nations struggles, the Australian will still be given plenty of rope to work with to try to get it right.

After acknowledging that a second successive haul of two wins from five was not good enough, CEO Bill Sweeney delivered a strong defence of Jones and his "new England" at a media briefing at Twickenham on Thursday.

Sweeney said that Jones was "not bullet-proof and he knows it" and that his and England's performances were constantly under review, but he also said that his organisation were happy with recent progress in a whole host of areas that, as yet, have not manifested themselves into consistent results.

"People stay in their role because there is a belief that you are still heading in the right direction," he said.

Sweeney did point out that Jones had won three Six Nations championships, while it was only four months ago they were racking up an eighth successive victory over Australia and then beating world champions South Africa.

"I absolutely, totally get the frustration and that we have to find a way to win more matches and lift more trophies," Sweeney said.

"But you can’t just look in the rear-view mirror. You are constantly making judgements. Are we going to progress or are we deluding ourselves? Whenever we’ve had that conversation, we’ve come out on the side of ‘no, we think we’re going in the right direction as we’re transitioning this team'."

For all his "the next game is the most important" mantra, Jones has always sought to measure his success against the World Cup.

Such is the desperately limited pool of competitive teams in the sport, he knows that England, in almost any state of preparation, will travel to France with justified high hopes of again going deep.

That is partly because he puts so much faith in what he can achieve during the near three-month pre-tournament training camp, when he has said he will finally put in place the attack that has been so sorely missing in the last two years.

It is also because England have a relatively kind draw, that is likely to mean they will need to beat Argentina to top their group then Wales or Australia in the quarter-finals.

Of course they are challenging games, but ones England could reasonably expect to win, to set up a probable semi-final with New Zealand.

In 2019 that was the exact route they took, producing one of their greatest-ever performances to sweep past the All Blacks before losing to South Africa in the final.

With a potential 50,000 England fans turning the Stade de France into a virtual home game, a repeat is entirely possible, if not yet probable.

How England perform on tour in Australia this year, in their "mini-World Cup" autumn tests against Argentina, Japan, New Zealand and South Africa and even in next year's Six Nations, will have only limited bearing on their chances in October 2023.

Even a series of spectacular defeats would appear unlikely to push the RFU into a radical change, with a list of potential coaches with the ability to improve the situation in such a short spell, probably starting and ending with Warren Gatland.

"Eddie's win ratio against southern hemisphere teams is 82% and if you are going to win a World Cup, you're probably going to beat at least three of them," said Sweeney, who said there was no "cut off date" or "minimum requirement" in place that could trigger Jones's sacking.

"He's got that team going in the direction that we think it wants to go," he said. "It's what we feel and what we see and it’s not just emotional or blind faith.

"Eddie has been very clear about things that need to happen - those have not always been transparent or published out there - but he’s got the absolute belief and commitment of the players. Given all of that, we believe he’s the right guy to take us through." 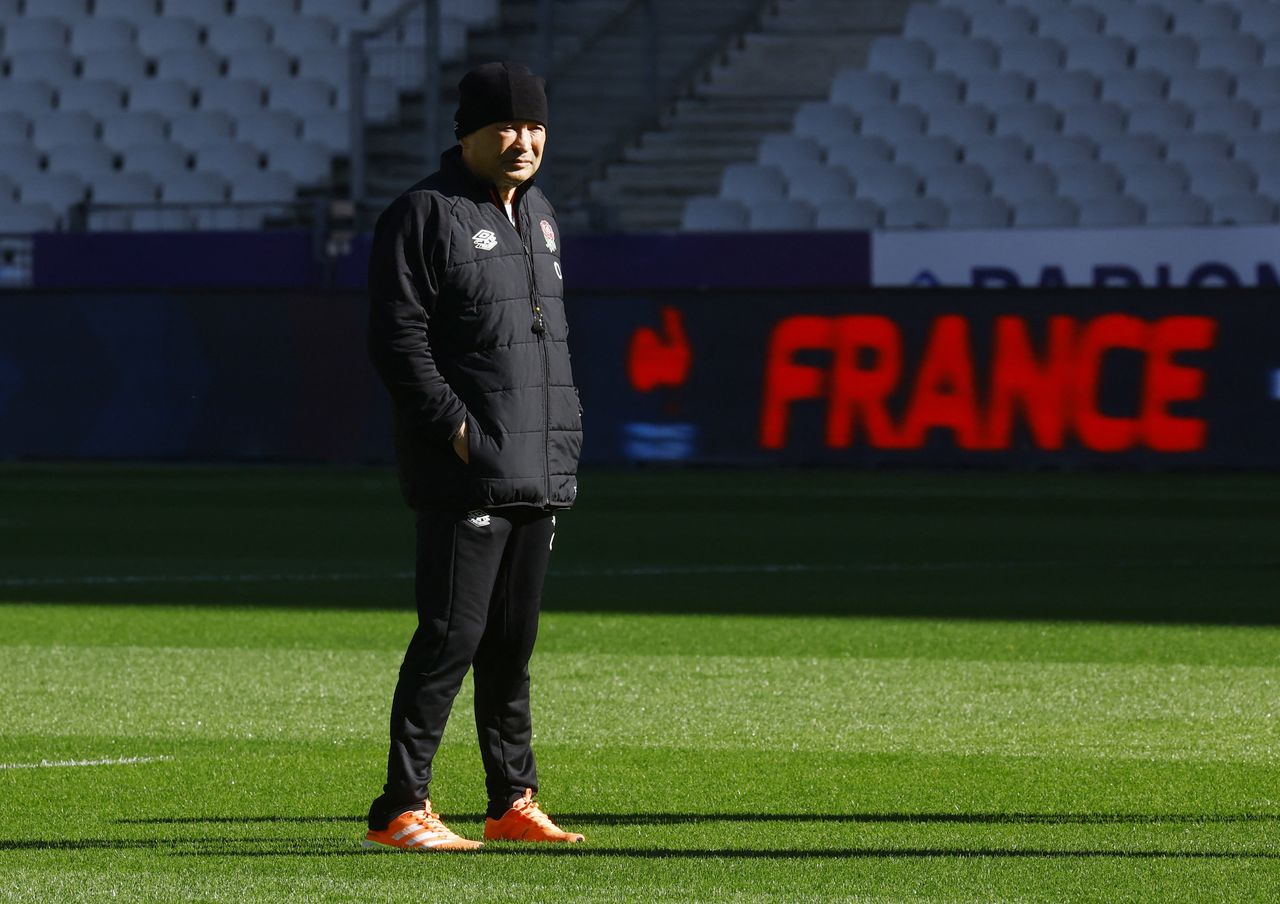