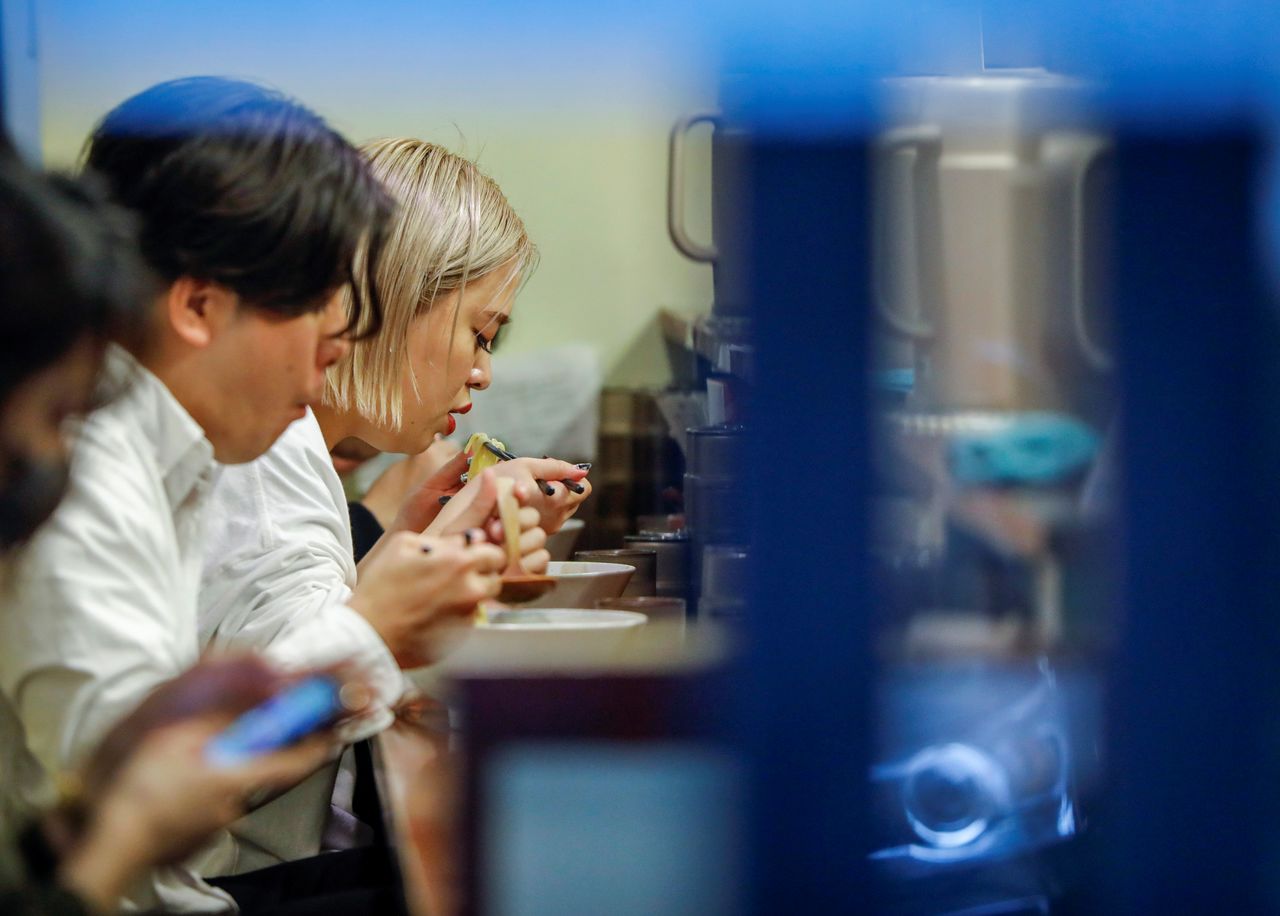 TOKYO (Reuters) -Core consumer prices in Japan's capital rose at the fastest pace in more than two years in March, propelled by energy costs that have hit a four-decade high following Russia's invasion of Ukraine.

The relentless uptrend in global commodity prices could ruin Japan's fragile recovery from the pandemic, even as domestic COVID-19 infections wane and social distancing curbs are reduced, analysts say.

The Tokyo core consumer price index (CPI), which excludes volatile fresh food but includes energy items, rose 0.8% year-on-year in March, the fastest pace since December 2019. It was also quicker than a median market forecast for a 0.7% gain and the 0.5% rise in February.

"While Japan's recovery from the pandemic remains slow, reopening Western economies have propped up global inflation before Japan could reopen its economy," said Toru Suehiro, senior economist at Daiwa Securities.

"Now prices are rising further on the Ukraine (war), which is such an ill-timed curb on consumption for Japanese economy."

The inflation measure in Japan's capital is considered a leading indicator of the nationwide core CPI that is released around a month later.

A 26.1% surge in energy prices - the fastest annual growth in 41 years - drove up the Tokyo core CPI for March, the data showed.

However, gasoline price inflation has slowed from February thanks to fuel subsidies the government expanded earlier this month.

Prices also increased among a wide range of items from wheat-based food to entertainment services.

In the overall reading that includes fresh food prices, Tokyo CPI in March rose 1.3% from a year earlier, hitting the highest since April 2019.

But the one-off effect of cuts in cellphone fees stripped 1.08 points off the overall index, it showed.

Even before Russia's invasion of Ukraine, Japan's central bank had expected core inflation to approach its elusive 2% target, according to the minutes of their January meeting released on Thursday.

Prime Minister Fumio Kishida is set to instruct his cabinet next week to draw up new relief, such as fuel subsidies and other measures for households.

In April, part of the special mobile fee effect disappears, but the government's expected extension of fuel subsidies may prevent Japan's core CPI reading from flaring up much higher than 2%, Daiwa's Suehiro said.

Cost hikes driven by the Ukraine conflict will take roughly six months to reach consumer electricity and gas bills, so the inflationary blow to Japanese households will culminate later this year, Suehiro said.

"I expect an around 2% (core) inflation to continue until the end of 2022," he said. "Economic growth in April-June will still be solid thanks to a rebound in service spending...but I'm worried about July-September and later."