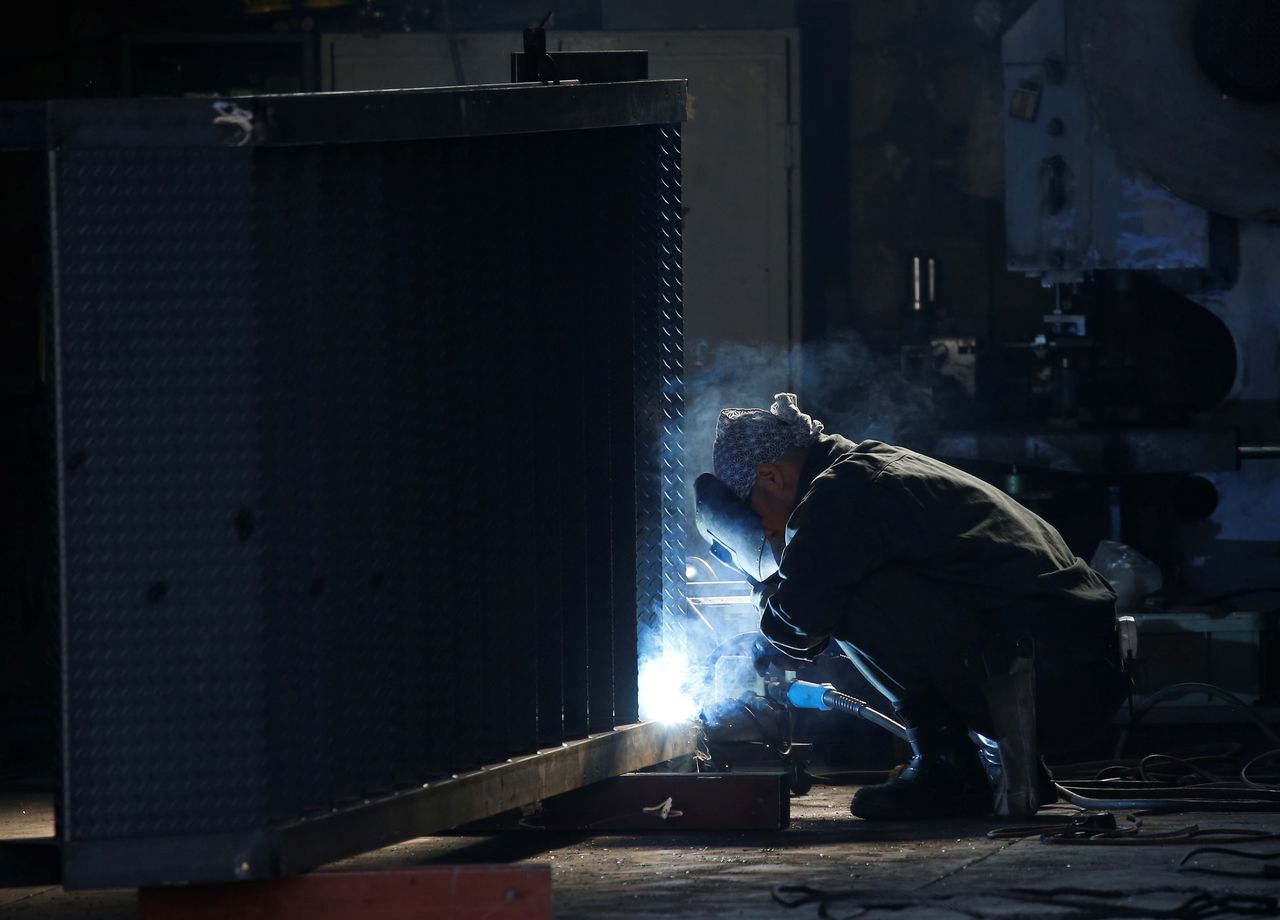 FILE PHOTO: A man works at a factory at the Keihin industrial zone in Kawasaki, Japan February 28, 2017. REUTERS/Issei Kato

Industrial production likely increased 0.5% in February from the previous month, the median forecast in the poll of 18 economists showed on Friday.

That would mark the first growth in three months and follow a 0.8% fall in January.

"The impact of semiconductor and component shortage was still remaining, especially among automakers, but the situation apparently eased compared from January," said Shumpei Fujita, an economist at Mitsubishi UFJ Research and Consulting.

Still, he said output was probably weaker in the current month and beyond, referring to a series of disruptions to Japan Inc's production including from a cyberattack and an earthquake.

Toyota Motor Corp, the world's largest carmaker, halted all domestic factories for one day on March 1 after a supplier was hit by a computer virus attack.

On March 16, a powerful earthquake hit northeastern Japan, causing a temporal power outage in over 2 million buildings and plant shutdowns at Toyota and Murata Manufacturing Co Ltd among many other firms.

Some analysts said further headwinds from the Ukraine crisis, such as surging raw material prices and Japan's trade sanctions on Russia, may temper the recovery in industrial output even as supply bottlenecks ease further.

Elsewhere in the poll, retail sales were forecast to have fallen 0.3% in February from a year earlier to mark the first decline since September, on extended COVID-19 curbs that lasted until Monday.