SINGAPORE (Reuters) - Chinese state energy giants have in recent weeks set up task forces to evaluate their multi-billion investments in Russia, a top oil and gas supplier to Beijing, as mounting western sanctions threaten to disrupt their business in the resource-rich neighbour.

Since Russia invaded a month ago, China's three state energy giants - Sinopec, China National Petroleum Corp (CNPC) and China National Offshore Oil Corp (CNOOC) - have been assessing the impact of the sanctions on their multi-billion dollar investments in Russia, sources with direct knowledge of the matter said.

Below are key investments by the three firms or their listed vehicles, based on company releases and Reuters reports.

Novatek has a 60% stake in Arctic LNG 2, while TotalEnergies holds 10% and Japan Arctic LNG - Mitsui & Co and state-run JOGMEC - with the final 10% stake.

The 19.8 million tonne-per-year (tpy) project, one of the world's largest, is expected to export its first LNG cargo next year under the first train, with the second and third starting by 2024 and 2026.

Japan and France have frozen new investment in the project, Japan's Nikkei newspaper said on Friday.

CNPC in 2014 bought a 20% stake in the $27 billion Yamal LNG, another Russian LNG export facility in the Arctic operated by Novatek.

Sibur said in December the Amur GCC had secured $9.1 billion loans, including $2.6 billion from international banks with coverage from export credit agencies SACE of Italy and Germany's Euler Hermes, and $6.5 billion from Chinese and Russian banks.

The Amur plant is set to start producing 2.3 million tonnes of polyethylene and 400,000 tonnes of polypropylene per year from 2024, targeting China as a key market.

China's state-run Silk Road Fund bought 10% stake in Sibur in 2016 after Sinopec acquired 10% in late 2015, according to Chinese media Caixin.

Russian oil giant Rosneft and Sinopec agreed to jointly explore the Sakhalin-3 Veninsky block during a visit by China's then-president, Hu Jintao, to Moscow in 2005. It became China’s first energy project in Russia.

As of 2009, Sinopec owned 49% of Russia's Udmurneft oilfield, also controlled by Rosneft. It was then Sinopec's largest oil-producing asset outside China.

In June 2017, Beijing Gas Group Co, the dominant natural gas distributor for the Chinese capital Beijing, closed a deal to pay $1.1 billion for a 20% stake in Rosneft subsidiary Verkhnechyonskneftegaz, which produces oil and gas in East Siberia. 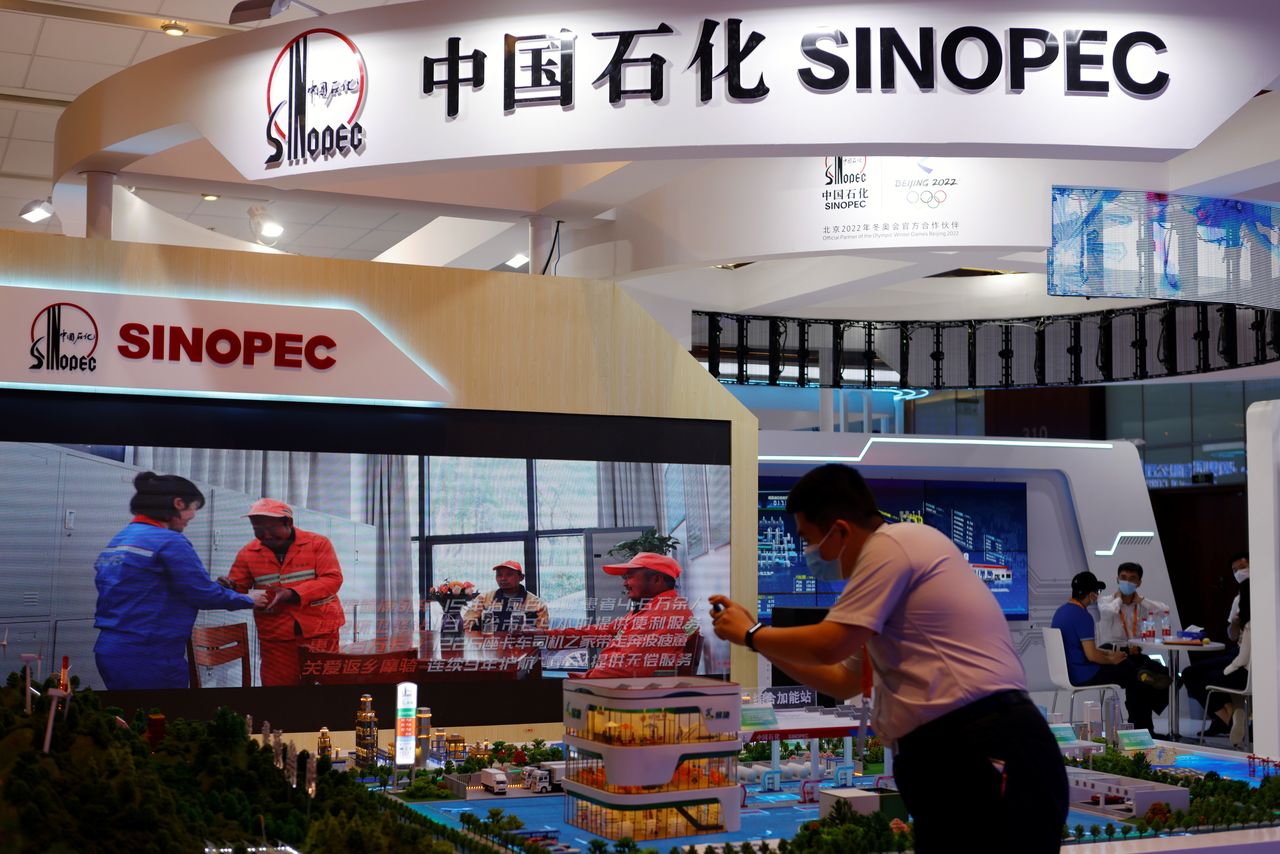 A man takes pictures of models displayed at the Sinopec booth during the 2021 China International Fair for Trade in Services (CIFTIS) in Beijing, China September 4, 2021. REUTERS/Florence Lo 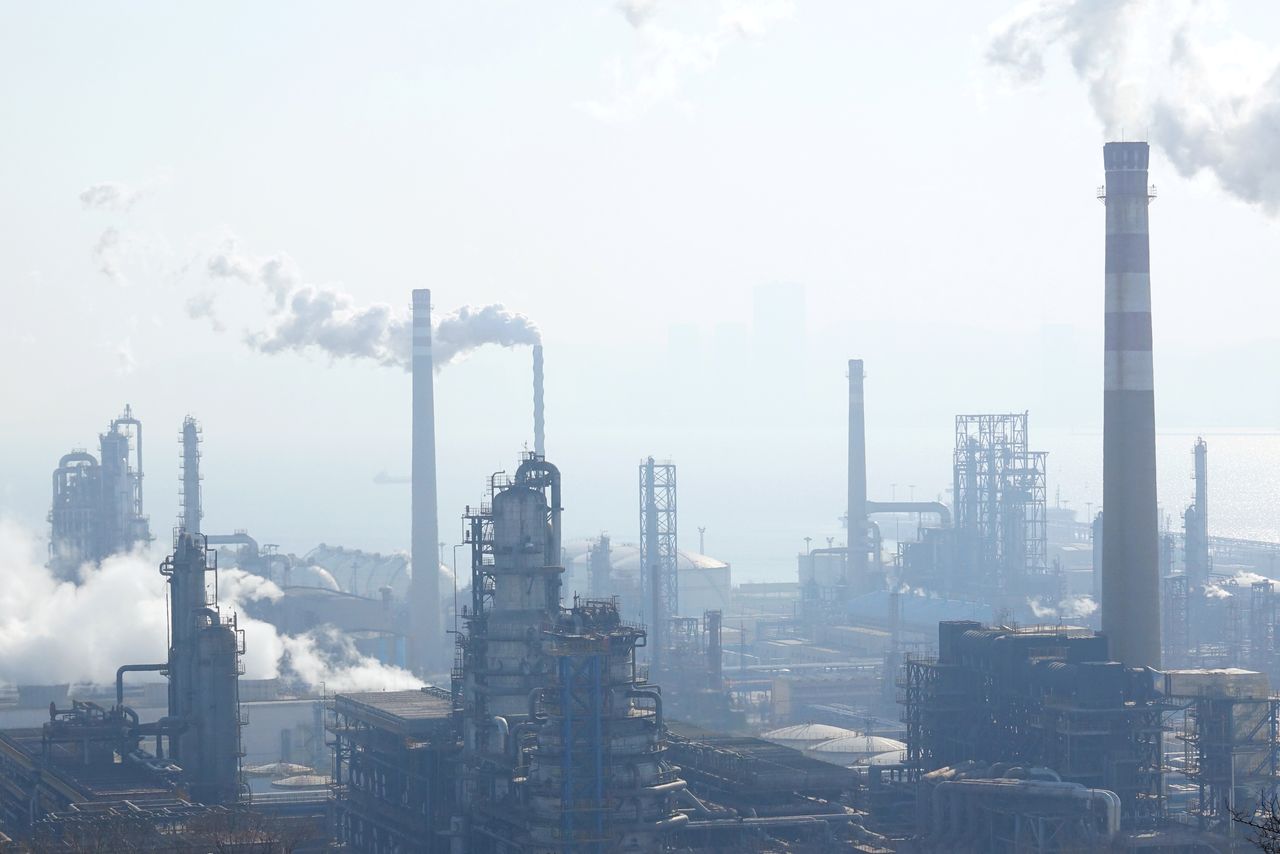 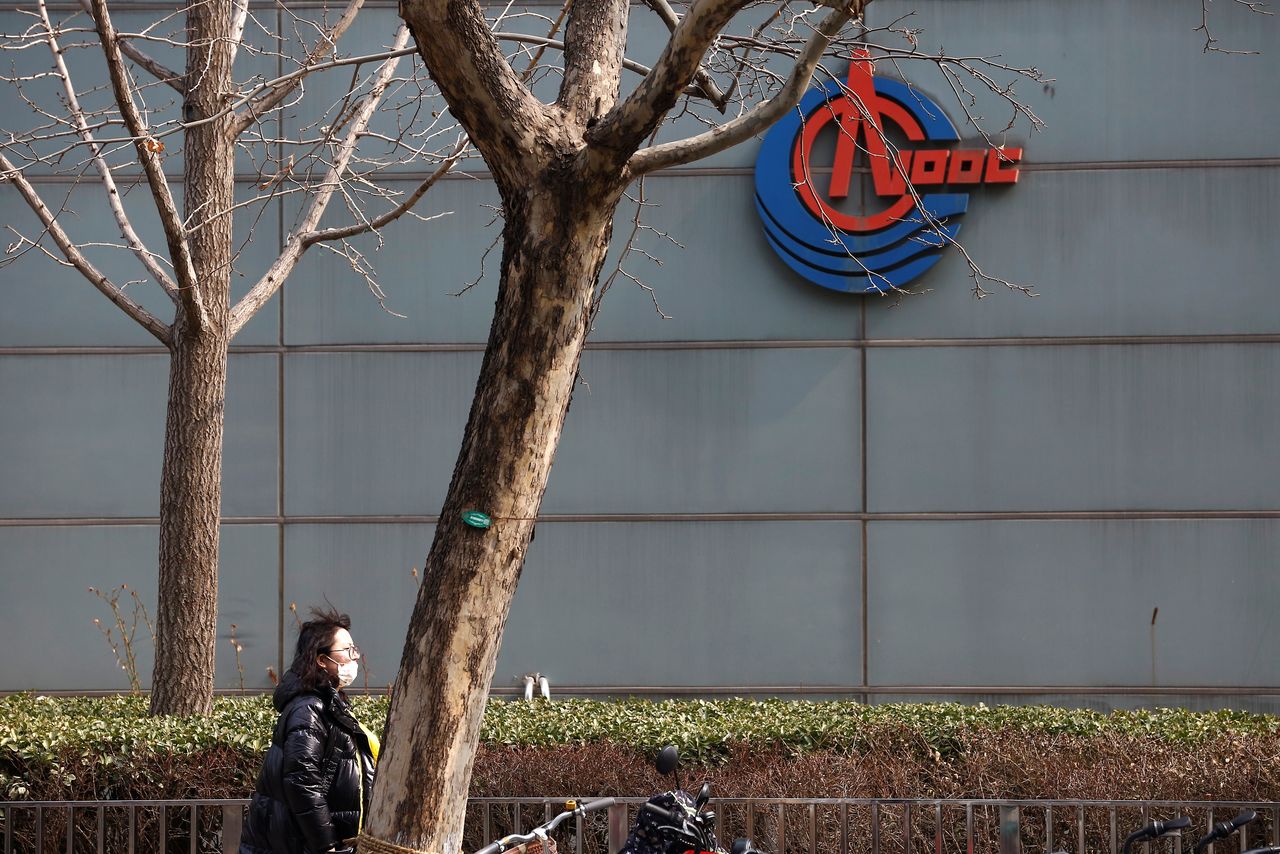 A woman wearing a face mask walks past a sign of China National Offshore Oil Corp (CNOOC) outside its headquarters in Beijing, China March 8, 2021. REUTERS/Tingshu Wang