Not 'sitting on its hands,' U.S. to up pressure on China, trade czar Tai says 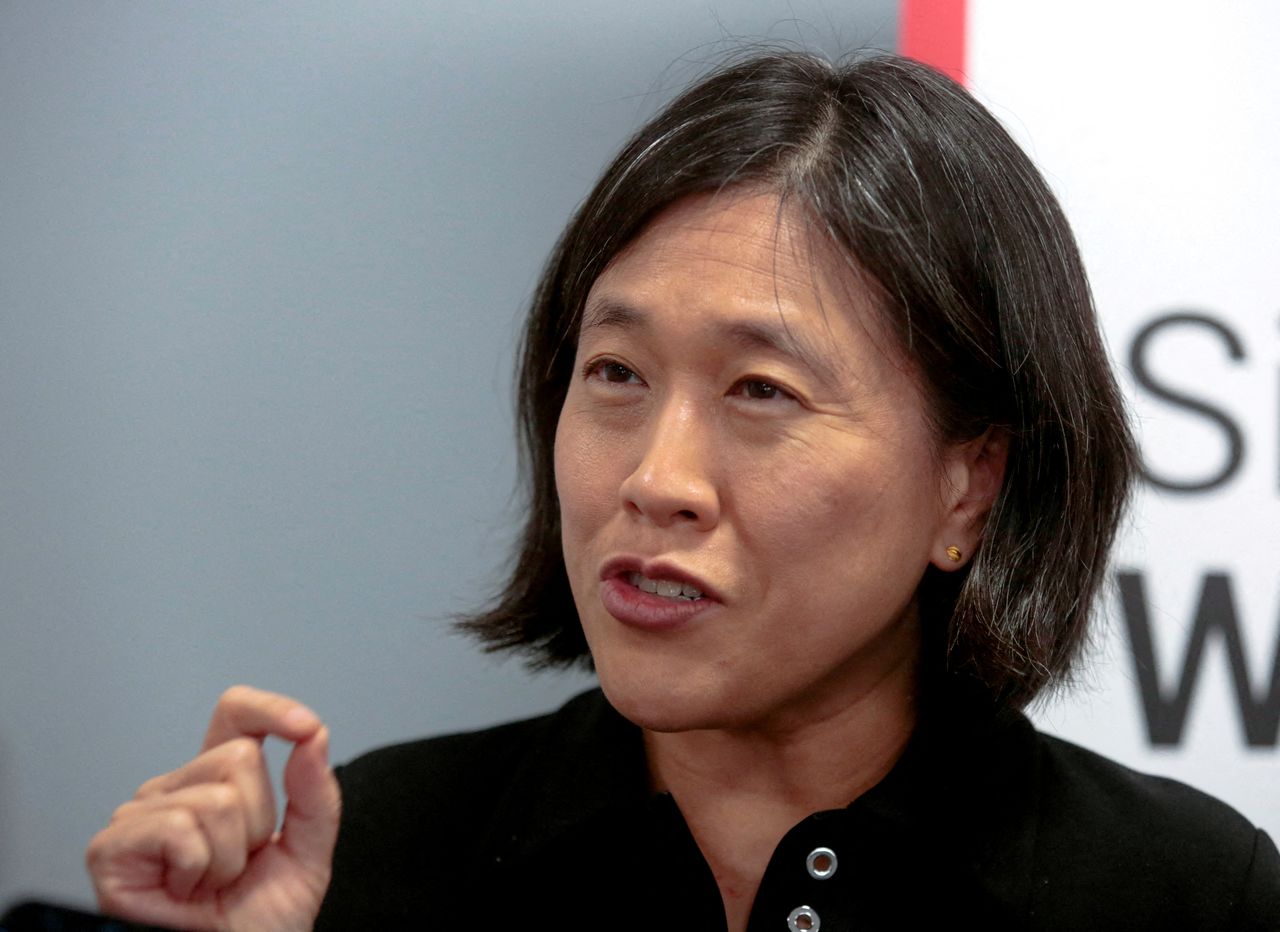 In an interview with Reuters this week, Tai said the United States was preparing a new approach to China trade policy.

Without offering specifics, she said Washington needed new, more effective tools to defend its economic interests and better compete with China. New U.S. trade investigations, which could result in tariffs or even embargoes against China, may be next, sources familiar with the matter said.

"We're not going to stop pushing China and challenging China to reform and change. But we can't afford to keep sitting on our hands and waiting for China to make its decision," said Tai, the first Asian American in the job and a fluent Mandarin speaker.

"We are going to need to turn the page on the playbook," Tai said.

A March report https://ustr.gov/sites/default/files/2022%20Trade%20Policy%20Agenda%20and%202021%20Annual%20Report.pdf from her office said China had "doubled down on its harmful trade and economic abuses." Beijing has failed to buy a promised $200 billion in additional U.S. goods and services agreed in the deal.

China now faces warnings from the United States, the world's largest economy, not to aid Russia's invasion of Ukraine.

In the year since Tai became trade czar, some U.S. business executives say they have been frustrated by the slow progress in punishing China. Meanwhile, the U.S. goods trade deficit with China hit $355.3 billion in 2021, the largest recorded since 2018.

Tai acknowledged frustrations, but pointed to longstanding disputes that Washington has resolved with other countries in the past year, precisely, she said, to focus on the bigger threats China poses.

Washington settled a 17-year dispute over aircraft subsidies with the EU and Britain, and a four-year battle over U.S. steel and aluminum tariffs with the EU, Britain and Japan, she said.

Tai in November revived a trilateral dialogue with the EU and Japan https://ustr.gov/about-us/policy-offices/press-office/press-releases/2021/november/joint-statement-trade-ministers-united-states-japan-and-european-union-after-trilateral-meeting begun by the Trump administration, seeking a joint approach to China's industrial subsidies and other "non-market policies and practices," aimed at getting World Trade Organization support, a U.S. official said.

Washington is considering a new Section 301 investigation into Chinese industrial subsidies that could lead to a fresh round of tariffs or embargos, officials say.

The Biden administration may also target China's violations of intellectual property protections under Section 337 of the Tariff Act of 1930, said William Reinsch at the Center for Strategic and International Studies.

The U.S. Congress is also considering bipartisan legislation that would bolster protections against trade secret violations and expedite investigatory and exclusionary processes.

Tai, citing concerns about China's use of forced labor in its Xinjiang region, is also developing a first-ever USTR trade strategy on the topic.

Jamieson Greer, a partner with King & Spalding and former senior U.S. trade official, said Beijing's response to the war in Ukraine had heightened Europe's growing unease with China, adding Western sanctions against Russia may provide a playbook for future actions against China.

Tai said a "one size fits all" approach would not work.