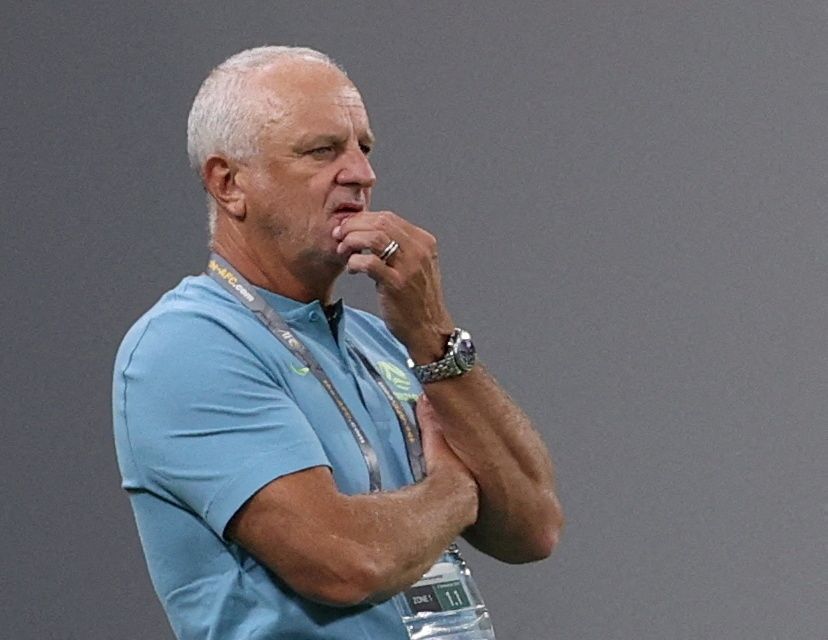 MELBOURNE (Reuters) - Australia coach Graham Arnold's future is up in the air following the World Cup qualifying loss to Japan, with local media reports he may be sacked as early as next week.

Arnold came into the home match under fire after breaching Australia's mandatory isolation period following his positive test for COVID-19, while needing a win to keep alive the Socceroos' hopes of qualifying automatically for the finals in Qatar.

Instead, the dreary 2-0 defeat to the Blue Samurai condemned them to a perilous path of playoffs, while underlining Australian football's stagnation relative to top Asian nations.

FA did not provide immediate comment when contacted by Reuters on Saturday but said in February they would back Arnold through to the end of qualifying.

Arnold's agent said the coach would not comment on whether he had FA's support to continue in the role.

Arnold defended his team's performance against the Blue Samurai and said he backed them to get through the June playoffs in Qatar.

"I believe in these boys," he said. "It is one game at a time and one camp at the time, and we will see what happens."

Arnold might take some comfort in recent history, with Australia having qualified for the 2018 World Cup in Russia via the playoffs route under Ange Postecoglou.

Like Arnold now, Postecoglou was pilloried by former players and pundits for failing to secure an automatic ticket to Russia.

They forgave Postecoglou after Australia beat Syria and Honduras in playoffs to qualify for Russia, but the coach resigned anyway citing the strain of the job and a desire to get back to club football.

Arnold faces a bigger mountain to climb, with Australia certain to face tougher South American opposition if they get past their first playoff against an Asian team.

His squad is arguably less equipped to handle the challenge than Postecoglou's, with the Socceroos' staff having failed to unearth and develop new talent through the World Cup cycle, particularly in attack and at midfield.

That has left Australia struggling to score against well-organised defences and too reliant on regular playmakers Tom Rogic and Aaron Mooy, whose absence against Japan was keenly felt.

Whether a new coach could fix this problem in less than three months before the playoffs is far from clear-cut.

(Reporting by Ian Ransom in Melbourne; Editing by Edmund Klamann)