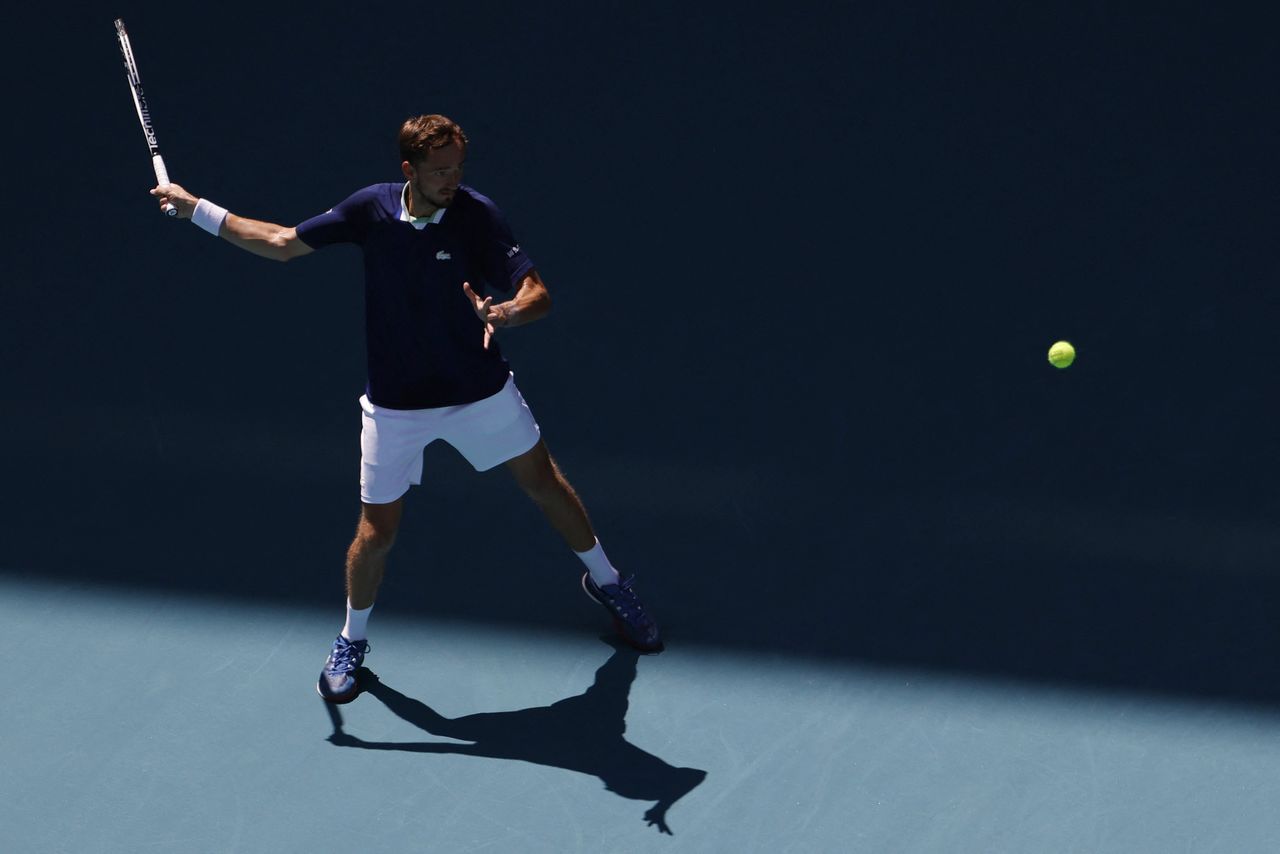 Rinderknech was unable to convert his sole break point in the first set and lost the momentum altogether after the tiebreak, as the 10th-ranked Pole won the first four games of the second set of their second-round clash.

Reigning U.S. Open champion Medvedev never faced a break and proved too nimble for three-times Grand Slam winner Murray, dropping just two of his first-serve points in the second set as he won 6-4 6-2.

"Playing against Andy is never easy," said Russian Medvedev, who is on a quest to regain his number-one ranking. "Managed to serve well, and I think that was one of the keys today."

Japan's Osaka advanced to the fourth round on a walkover after Czech Karolina Muchova withdrew following an injury she sustained during warm-ups.

The four-times Grand Slam champion will next face Alison Riske, who defeated Ann Li 6-2 3-6 6-3 in an all-American clash.

Muchova's was the latest injury to mar the women's field in Miami after Garbine Muguruza and Simona Halep pulled out on Thursday.

"He's a fighter," Tsitsipas said of de Minaur. "I really hope to bring out the same kind of level that I brought in the third set and maintain that throughout the match."

Spain's 18-year-old Carlos Alcaraz secured his maiden win at the Miami event with a comfortable 6-3 6-2 victory against Marton Fucsovics of Hungary.

Fresh from collecting the biggest title of his career at Indian Wells, American Taylor Fritz survived a surprise test from Kazakhstani qualifier Mikhail Kukushkin to win 6-3 5-7 6-3.

Kukushkin put up a strong defence, with eight of 11 break points saved, but struggled against his opponent's powerful serve, with the 13th-ranked Fritz launching 10 aces.

Fritz drew a picture of the sun and the caption "x 2?" on the on-court camera after the match - a hint that he perhaps was chasing tennis's elusive "sunshine double" of Indian Wells and Miami - but said afterwards that the gesture was intended as a joke.

"I'm not coming here expecting to win the tournament or anything. I'm going into it with the same mentality as Indian Wells," he said in a televised interview. "Take it one match at a time."

Swiss Bencic, who suffered early exits from Indian Wells earlier this month and Doha in February, launched five aces across the net as Watson struggled on the return and was only able to convert one of eight break points.

(Reporting by Amy Tennery in New York and Manasi Pathak in Bengaluru; Editing by Clare Fallon and Christopher Cushing)