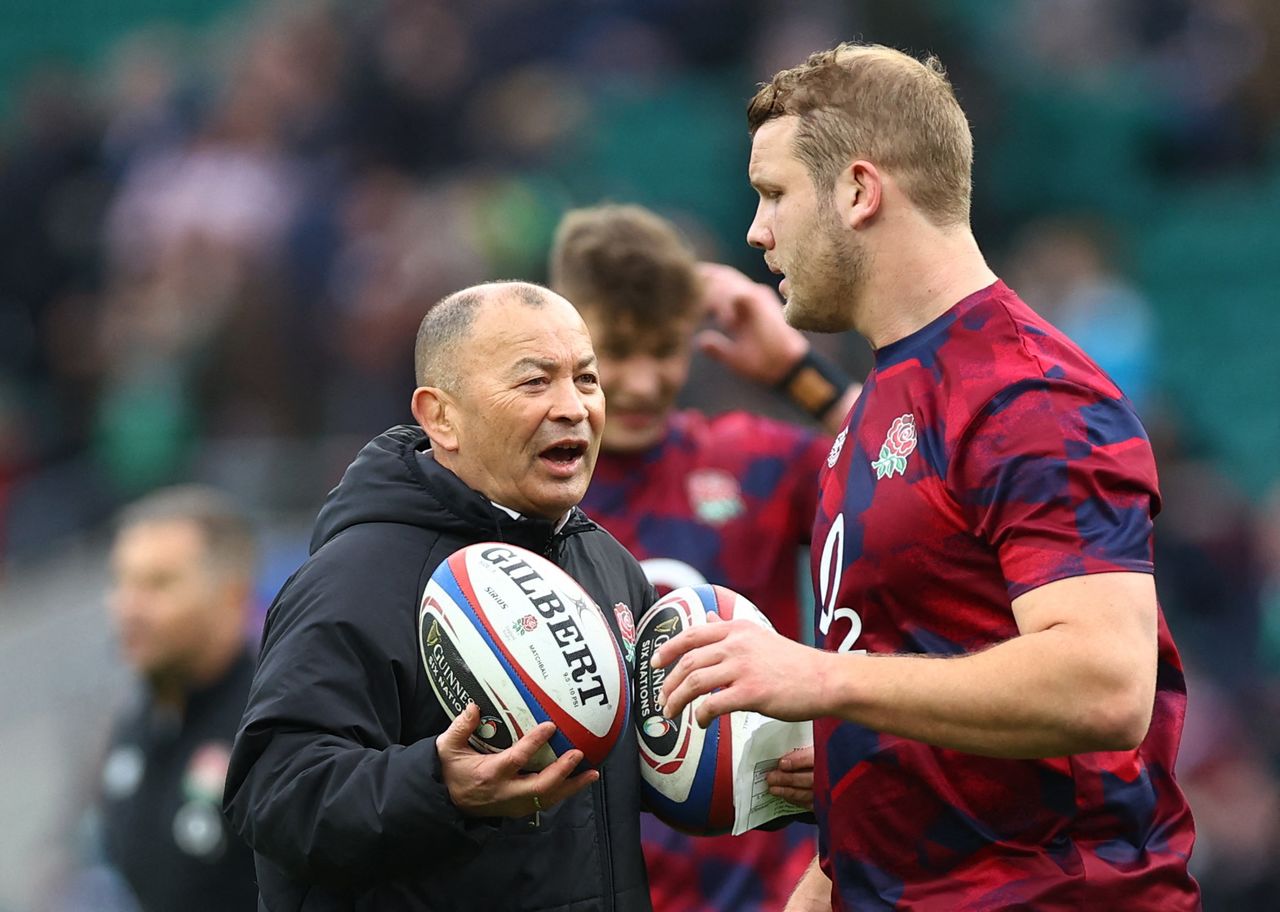 (Reuters) - The head of the Rugby Football Union (RFU), Bill Sweeney, said he would prefer to appoint an English successor to head coach Eddie Jones.

Sweeney has given his support to Jones, who is under pressure after successive disappointing campaigns in the Six Nations. Australian Jones has a contract with the RFU until the end of the 2023 Rugby World Cup.

"We believe we've got such a wealth of English coaches in the game," Sweeney told British media on Saturday. "As a leading rugby nation, we should be developing English coaches and an English style of play.

"That should be long-term and therefore the preference would be to have an English set-up as far as I'm concerned."

Jones, who arrived in 2016 and was the first overseas appointment as England head coach, has led the team to three Six Nations titles and a Rugby World Cup runners-up finish at Japan in 2019.

Sweeney said the RFU has "an advanced succession plan" in place.

"We've got a war room that's got every English coach you can imagine – based here and based internationally," Sweeney said.

Conor O'Shea, RFU director of performance rugby, said the governing body aims to name the successor before the summer of 2023.

"Whether that's embedding them into the programme or taking a helicopter view, that's a discussion to be had. We would like to think we will be appointing them in the lead up to 2023," O'Shea added.

(Reporting by Manasi Pathak in Bengaluru; Editing by Christopher Cushing)