By Amruta Khandekar and Mrinalika Roy

(Reuters) -Canadian vaccine maker Medicago's COVID-19 vaccine, approved last month in Canada, is facing limited growth in the near-term after the World Health Organization said it would not review the vaccine because the company is partly owned by U.S.-Swiss tobacco company Philip Morris, health experts say.

The WHO said at a briefing this month and in a follow-up statement to Reuters that it has not accepted an application for the vaccine because of its 2005 public health treaty requiring no involvement with any company that produces or promotes tobacco-based products.

Canada, which has provided millions of dollars in development funding to the company and has agreed to buy up to 76 million doses, defended its authorization of the vaccine, saying it needs a domestic bio-manufacturing industry to prepare for future pandemics.

Health Canada said it believes it is in compliance with the WHO tobacco treaty.

The WHO tobacco treaty "does not preclude the Government of Canada from working with Medicago on vaccine development and procurement to ensure that a ready and effective supply of vaccines is available for its population," a Health Canada spokesperson told Reuters.

Experts say a WHO authorization is key because the vaccine can then be part of the COVAX global vaccine program for low- and middle-income countries. While much of the developed world has already been vaccinated, Africa is still in desperate need of vaccines. WHO's approval can also stand in for countries that do not have their own drug regulatory agencies.

"I think that the WHO standards are going to pose a barrier to the uptake of the vaccine," said Amesh Adalja, an infectious disease expert at the Johns Hopkins Center for Health Security.

Medicago would now need to approach European and U.S. regulators as well as any other individual countries one by one to attain approvals, a more difficult but not impossible barrier to use, Adalja said.

Medicago said it is in discussions with other potential customers worldwide.

The company has started the filing process for approval of its COVID-19 vaccine with the U.S. Food and Drug Administration (FDA), Medicago Chief Executive Officer Takashi Nagao said in an emailed statement.

The company has also started an early-to-mid stage study of the shot in Japan, and plans to file for regulatory approval in the spring, Nagao said.

It said it has not received an official communication from the WHO, but believed the decision was linked to its minority shareholder and not the safety and efficacy profile of its COVID-19 vaccine.

Canadian health group Quebec Coalition for Tobacco Control this week called on Canada to demand that Medicago replace Philip Morris as a stakeholder due to its tobacco business. Philip Morris has had a stake in the company since 2008.

A Philip Morris spokesperson said that the WHO's position was in opposition to its own call to accelerate vaccinations around the world.

"Emergency use authorization of a COVID-19 vaccine has absolutely nothing to do with tobacco control," the spokesperson said. "WHO policies should focus on accelerating medical progress and innovation."

Medicago’s Covifenz is the only authorized COVID-19 vaccine that is plant-based. To make the vaccine, the company uses nicotiana benthamiana, a cousin of the tobacco plant, as small bioreactors, growing non-infectious virus like particles that mimic the coronavirus. It is given with a boosting compound from British drugmaker Glaxosmithkline.

The United States and Europe, which already have several vaccines cleared for use, may still want Medicago's shot because of its plant-based technology, which would be useful to create a vaccine against the next problematic pathogen, according to Prashant Yadav, lecturer and supply chain expert at Harvard Medical School.

(Reporting by Mrinalika Roy and Amruta Khandekar in Bengaluru; editing by Caroline Humer and Nick Zieminski in New York) 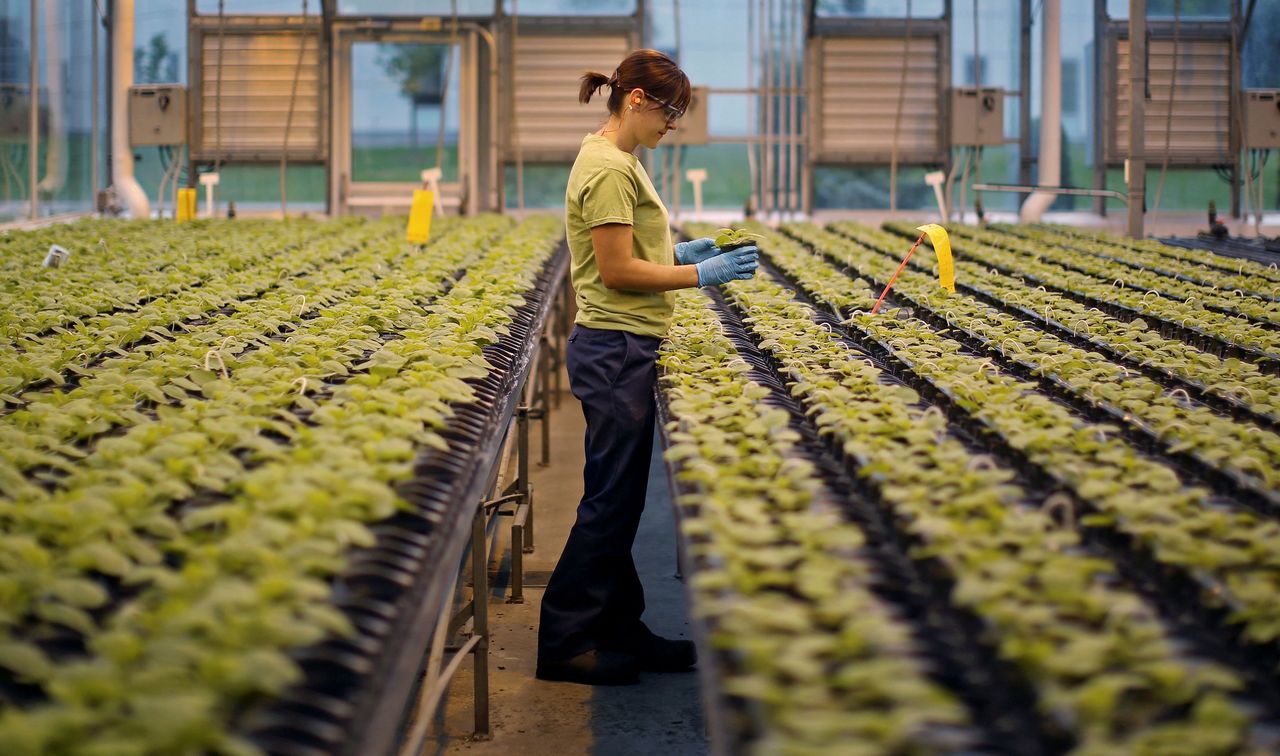 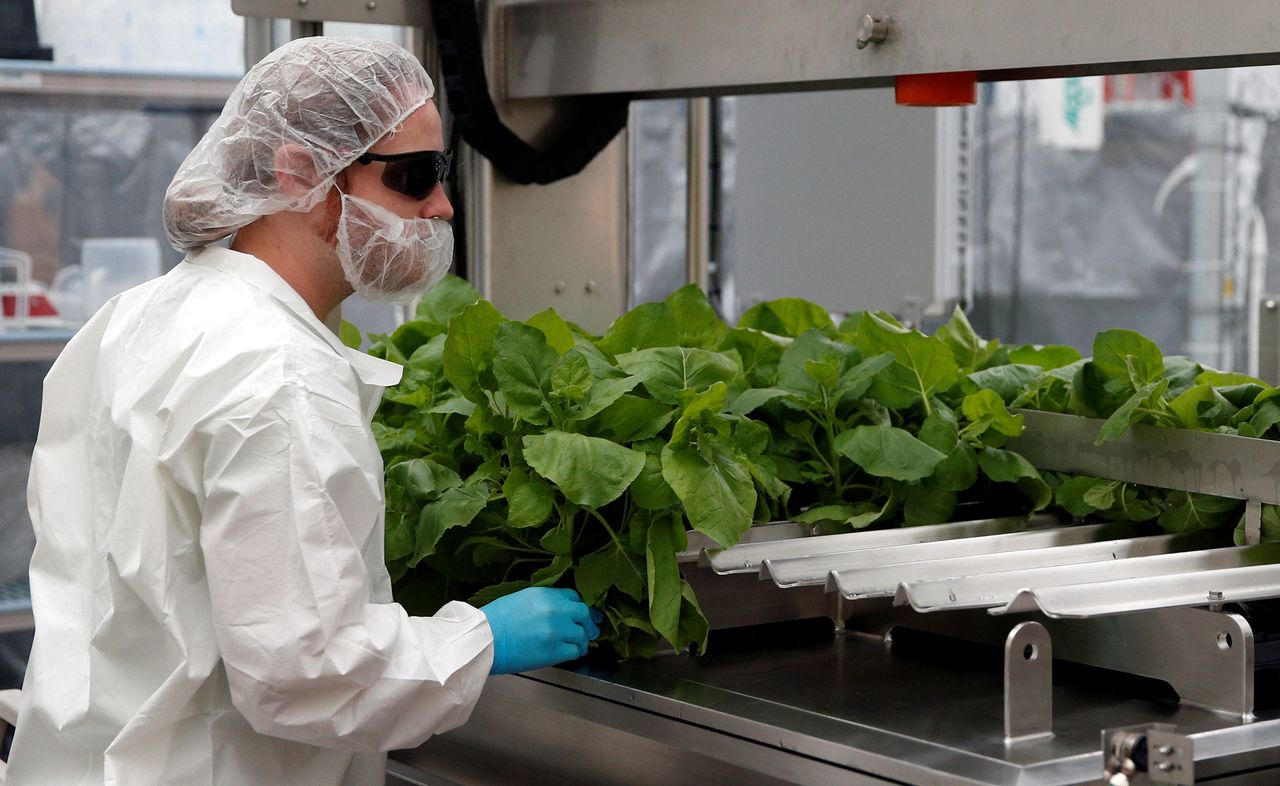 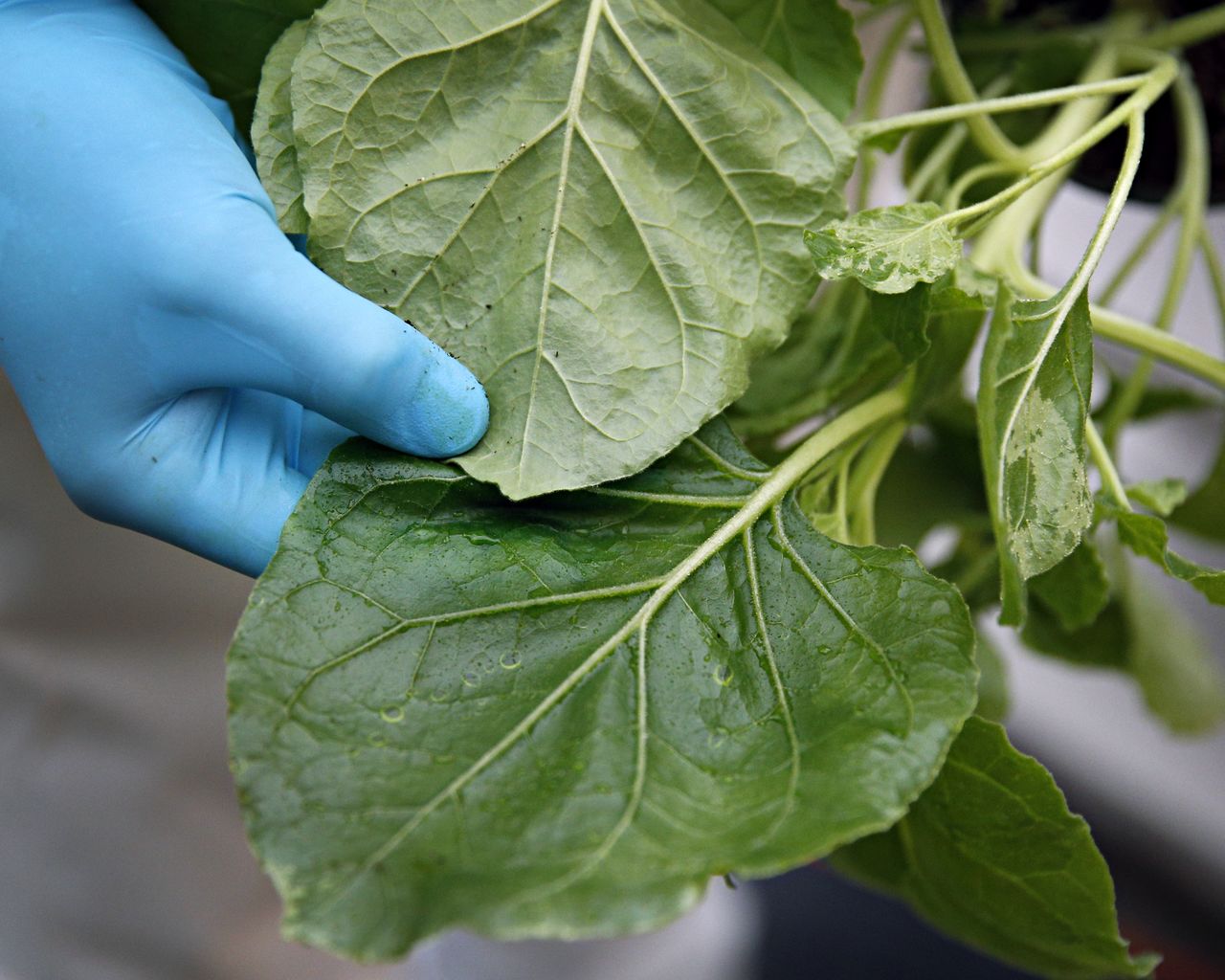 FILE PHOTO: An worker shows the difference between the leaf of the Nicotiana benthamiana plant before (top) and after (botom) the infiltration process at Medicago greenhouse in Quebec City, August 13, 2014. REUTERS/Mathieu Belanger 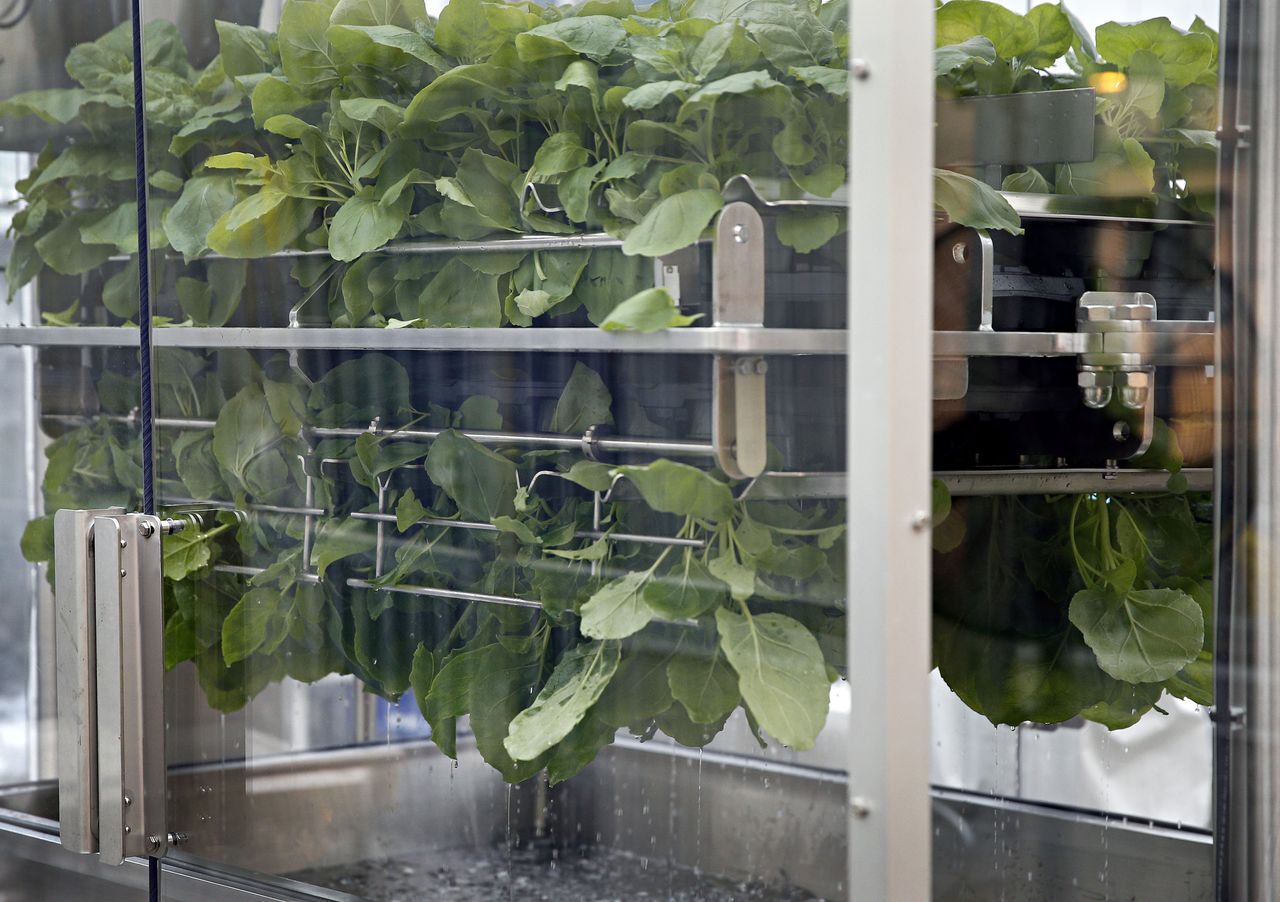 FILE PHOTO: Nicotiana benthamiana plants are dipped in a solution during the infiltration process at Medicago greenhouse in Quebec City, August 13, 2014. REUTERS/Mathieu Belanger 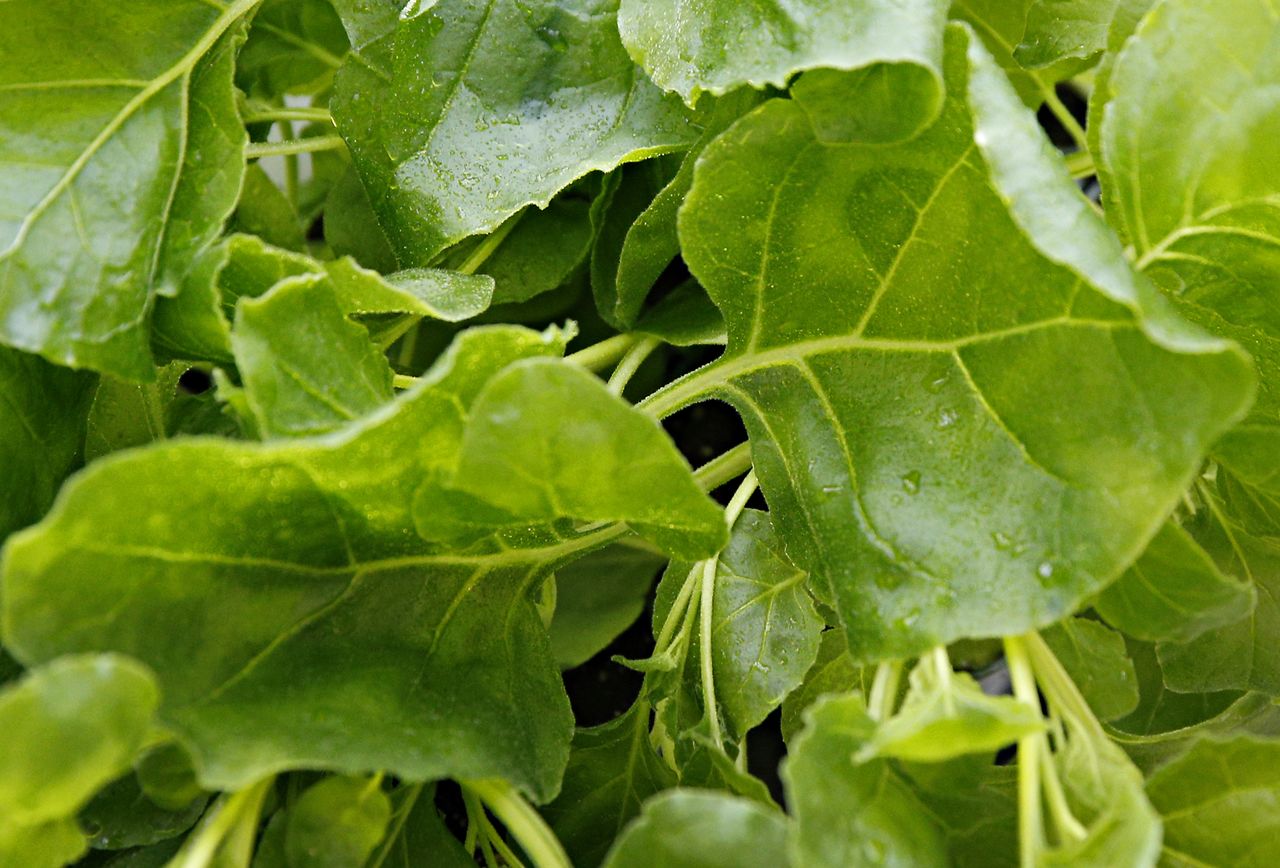 FILE PHOTO: The leaves of a Nicotiana benthamiana plant is pictured at Medicago greenhouse in Quebec City, August 13, 2014. REUTERS/Mathieu Belanger