After a choppy session where stocks oscillated between gains and losses, U.S. shares finally broke higher, with electric car marker Tesla surging almost 8% on news that it will seek investor approval for a stock split.

But the buoyancy in stocks was foreshadowed by several signs and analyst warnings that it may not last, as global interest rates will likely climb higher this year and could drag on economic growth.

The tide of rising global yields led Japan's central bank to declare on Monday a steadfast attempt to defend its 0.25% yield cap, vowing to buy an unlimited amount of government bonds for the first four days of the week.

The announcement sent the yen reeling to a six-year low at one point. Unlike other major economies that are battling surging price pressures, inflation in Japan remains well below its 2% target.

By early evening, MSCI's gauge of stocks across the globe gained 0.39%.

A lockdown in China's financial hub of Shanghai to contain surging COVID-19 cases, on the other hand, weighed on Chinese shares and dragged on oil prices, as investors anticipated weaker demand from the world's No 2 economy.

In the currency market, the Japanese yen shed 1.4% versus the dollar to 123.87 per dollar, after skidding as much as 2.5% at one point to notch its biggest one-day drop since March 2020.

Japan should intervene in the currency market or raise rates to defend the yen if it weakens beyond 130 to the dollar, the country's former top currency diplomat, Eisuke Sakakibara, said.

With some investors betting that U.S. rates could rise by 50 basis points in April, analysts warned that stocks could succumb to deeper losses in coming months.

"One of the more confounding developments during the past two weeks has been the strength of the rebound in the tech-heavy Nasdaq-100 Index at the same time interest rates soared to cycle highs," said Lisa Shalett, head of the global investment office at Morgan Stanley Wealth Management.

"As this and other yield curves head toward inversion, the nascent rebound in megacap tech stocks may stall."

Indeed, the U.S. Treasury yield curve, as measured by the gap between five and 30-year yields, inverted on Monday for the first time since early 2006, as a sell-off in the bond market resumed, with short-dated yields jumping to their highest since 2019.

Fixed-income analysts said the inverted yield curve indicated that some investors believe the Fed's policy tightening will put the brakes on economic growth. [US/]

"A day of reckoning is coming because at the start of April you have earnings season and you will get a sense of the impact of rising energy prices and guidance for the future," he said

"I would not bet on the rally continuing in a straight line," Savary added. 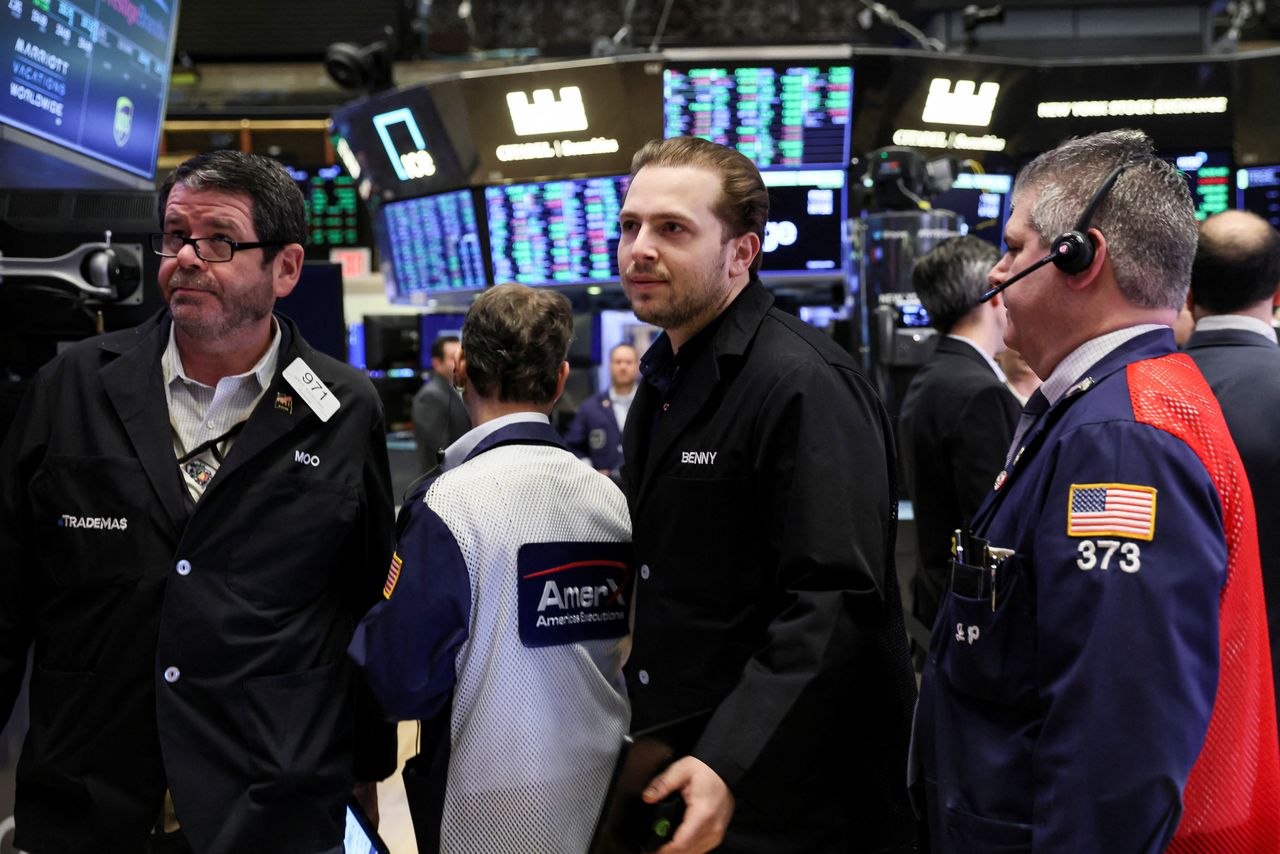 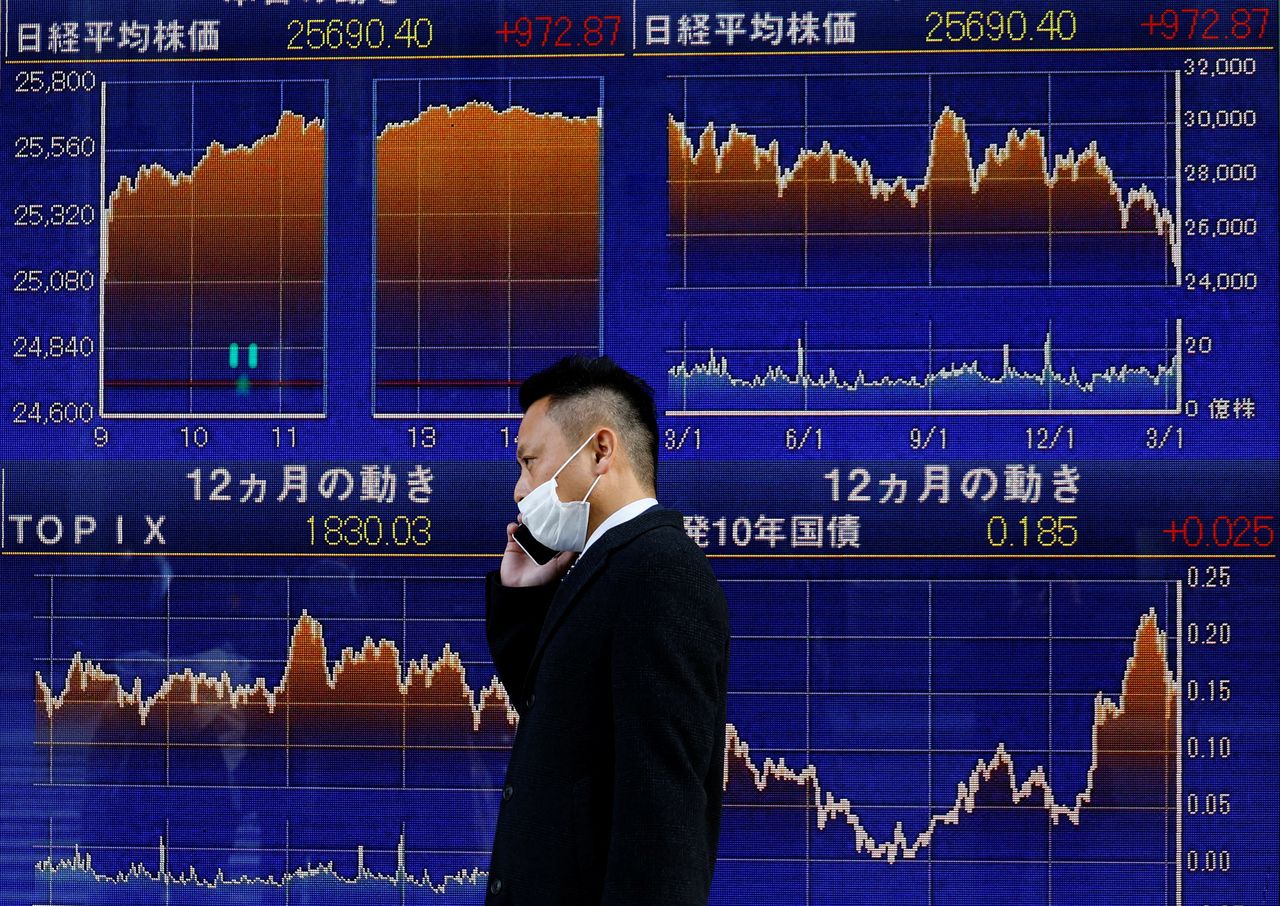 FILE PHOTO: A man wearing a protective mask, amid the coronavirus disease (COVID-19) outbreak, walks past an electronic board displaying graphs (top) of Nikkei index outside a brokerage in Tokyo, Japan, March 10, 2022. REUTERS/Kim Kyung-Hoon