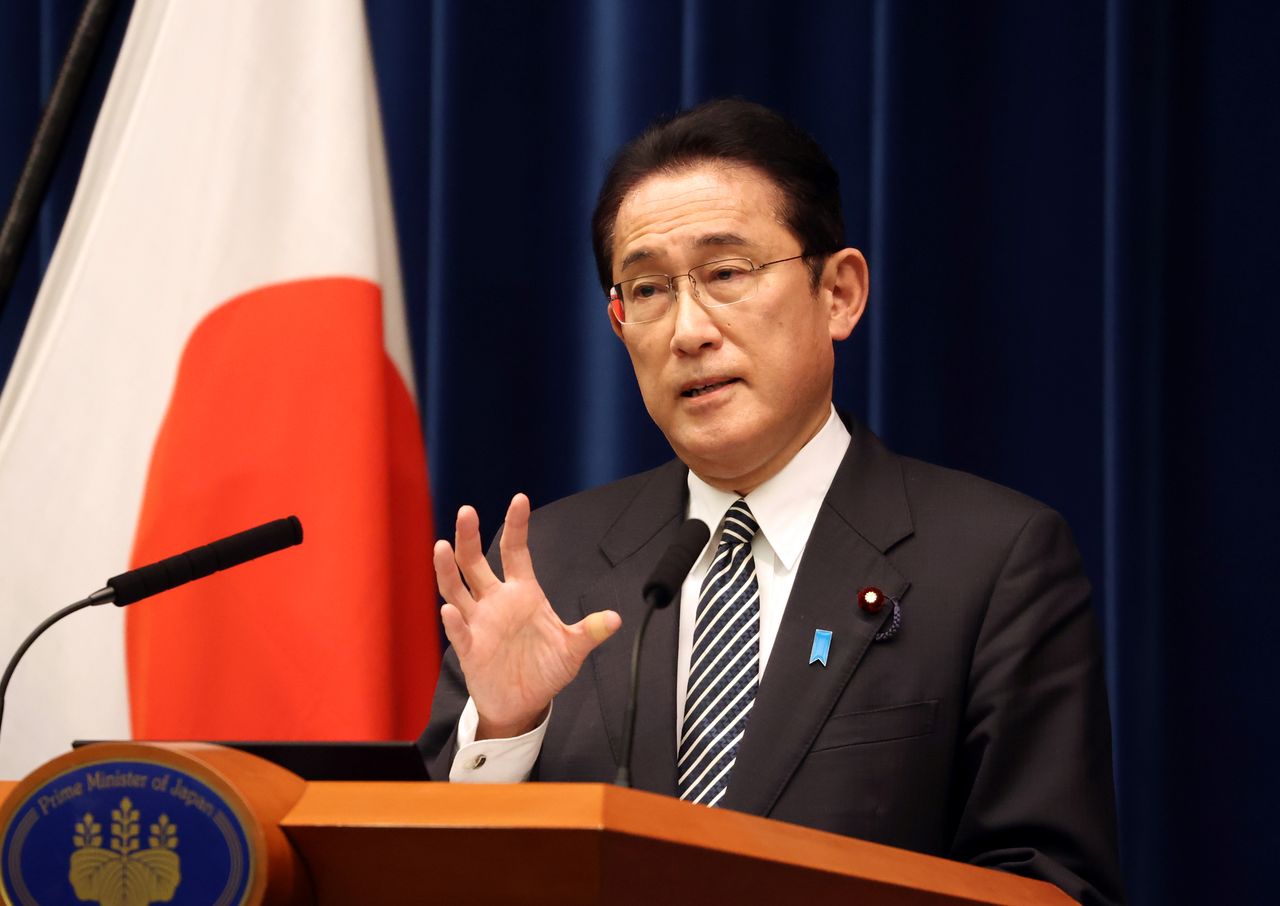 TOKYO (Reuters) - Support for Japanese Prime Minister Fumio Kishida's government rose overall for the first time in three months, with crucial elections just months away, as nearly 70% of respondents said they approved of his response to Russia's invasion of Ukraine.

Some 67% of respondents to a weekend survey conducted by the Nikkei daily and TV Tokyo said they approved of the government's response to the Feb. 24 invasion of Ukraine, which Russia calls a "special military operation". Only 22% disapproved in the survey, conducted on a monthly basis.

Overall, support for Kishida, who took office in October, stood at 61%, a rise of 6 points from a month ago.

Japan has slapped sanctions on a broad range of Russian individuals and organisations, as well as saying it will revoke Russia's most-favoured nation trade status - a contrast to its lukewarm response to Russia's seizure of the Crimea in 2014 under former prime minister Shinzo Abe.

The strong support is also good news for Kishida, a former foreign minister, ahead of a crucial election for the upper house of parliament in July. A strong win for his ruling Liberal Democratic Party (LDP) would allow him several election-free, politically stable years in which to pursue his policy goals.

The government also won plaudits for its handling of the coronavirus pandemic amid a recent fall in new cases. Some 64% said they approved, a rise of 8 points from a February survey - and the highest since the question was introduced in the survey in February 2020.

The government of Kishida's predecessor, Yoshihide Suga, was plagued by public perceptions that it had bungled Japan's response to the pandemic sank.