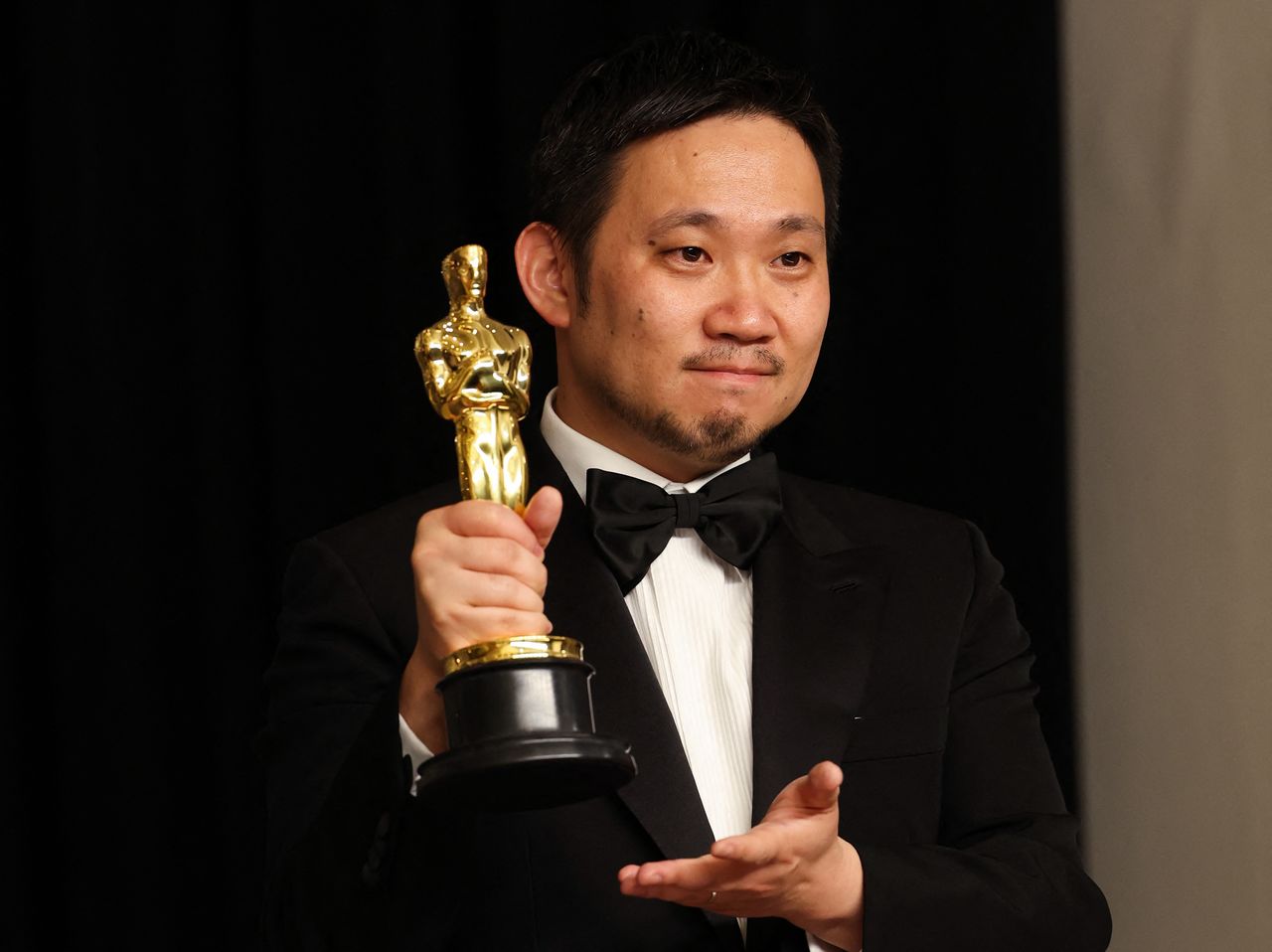 Director Ryusuke Hamaguchi poses with the Oscar for Best International Feature Film for "Drive My Car" of Japan in the photo room during the 94th Academy Awards in Hollywood, Los Angeles, California, U.S., March 27, 2022. REUTERS/Mario Anzuoni

By Irene Wang and Elaine Lies

TOKYO (Reuters) - From Tokyo streets to the highest levels of government, Japan on Monday cheered the Oscar win of "Drive My Car" amid hopes it will raise the profile of Haruki Murakami, the perennial Nobel prize hopeful who penned the story on which the film was based.

The three-hour drama, the story of a widowed theatre actor grappling with his past, was directed by Ryusuke Hamaguchi and based on a short story by Murakami, the international bestselling author whose name has arisen annually for more than a decade as a potential Nobel Literature Prize winner.

The film, which has garnered other prizes including a screenplay award at Cannes, became Japan's second regular winner in the International Feature Film category and the first since "Departures" in 2009. In a first, it had also been nominated for "Best Picture" - ultimately won by "CODA."

"It's a high hurdle for a Japanese movie to win Best Picture, but I hope more Japanese movies will be recognised in the future," said Azusa Shimizu, a 31-year-old media worker in downtown Tokyo, who said she was nonetheless quite happy.

Others were more effusive.

"Given that the mainstay of the Academy Awards is American movies, I'm really happy that a Japanese film was able to win this prestigious award," said 60-year-old Osamu Kaneko, who was looking at film posters in downtown Tokyo.

Usually staid Chief Cabinet Secretary Hirokazu Matsuno told a regularly scheduled news conference the win was "very exciting news," while Prime Minister Fumio Kishida said in a statement that part of the movie's charm was undoubtedly its settings in his own electoral district of Hiroshima.

"I'd like to use this as an opportunity to strengthen support for cultural and artistic activities that are the source of soft power and spread Japanese culture to the world," he added.

Others hoped the prize would benefit Murakami.

"Haruki Murakami is a writer who has shown Japan to the world and been mentioned as a Nobel candidate many times without actually winning," said Hiroshi Hattori, 65.

"I think it'd be really good if this movie helps spread his name, and his works, even further."