TOKYO (Reuters) - The crisis at Toshiba Corp may have a silver lining for new boss Taro Shimada, allowing him to keep - at least for now - businesses pivotal to his digital strategy that predecessors had planned to sell.

Investors last week voted down management's plan to spin off Toshiba's devices unit with nearly 60% opposition, as well as a rival shareholder proposal to solicit buyout offers. That left the troubled 146-year-old conglomerate without a clear immediate direction.

But it could give Shimada, a former aircraft designer and Siemens AG executive, leeway for his plan to boost subscription revenue by tying software to hardware.

It also allows him to hang onto equipment maker Toshiba Tec Corp, which was considered "non core" in the now-rejected spin-off. Shimada has praised some businesses at Toshiba Tec for marrying digital to hardware and sources say he didn't want to sell it.

It's unclear if Shimada will be able to appease the hedge funds that own around 30% of Toshiba and are impatient for a private equity buyout. But as Thursday's vote shows, they don't have enough support to completely call the shots.

The outcome of the vote gives Shimada "carte blanche" to show he can deliver, said veteran Japan analyst Jesper Koll of Monex Group.

"For the first time in over a decade, you've got a CEO at Toshiba who actually is a technologist, who understands technology, who has hands-on experience," he said.

Shimada says he's the first Toshiba head to understand digital. He was brought in as chief strategy officer for digital in 2018 by then CEO Nobuaki Kurumatani, also a company outsider, who wooed him over ramen noodles in Tokyo's Shimbashi district.

Kurumatani stepped down last year amid a governance scandal and shareholder opposition. Toshiba later said the former boss violated ethical standards. Shimada became the third CEO in about a year when he took over this month from Satoshi Tsunakawa, who remains board chairman.

Toshiba has been in turmoil since a 2015 accounting scandal and the later bankruptcy of U.S. nuclear unit Westinghouse. Overseas investors injected $5.4 billion and saved it from delisting, but that brought on hedge funds as shareholders.

Four years of dealing with foreign activist hedge funds - and their varied demands for buybacks, board reshuffles and a resumption of buyout talks - has left management distracted, sources say.

The firm's stock market value has fallen to around $18 billion, half of an early 2000s peak.

Shimada says Toshiba can no longer sell just hardware and needs to add digital services to improve both products and margins.

He repeated that message "over and over" at internal meetings when he first joined, he told Reuters in an interview two years ago.

"I'm trying to show what digital transformation means," he said in the interview.

Meanwhile, rival Hitachi Ltd has been transforming itself for a decade already, selling off low-growth businesses and investing in its digital and services platform. Last year it bought U.S. software firm GlobalLogic for $9.6 billion including debt.

Toshiba's operating profit margin was 3.42% in the last financial year, less than half of Hitachi's 9.38%, according to Refinitiv.

Investors remain sceptical of the company's ability to mount a turnaround on its own.

While Toshiba is an "incredible company with incredible technology inside" it has become "less than the sum of its parts," said Brian Heywood, CEO of Taiyo Pacific Partners, which doesn't own Toshiba shares.

The company "hasn't defined how its parts go together," Heywood said.

The app replaces paper receipts with electronic ones and sends coupons to users' phones. Retailers get data for advertising and promotions.

Shimada declined to comment this month when asked about the classification, which was part of a plan since rejected, of Toshiba Tec as "non core". He did say the business was "extremely good." The company commands about half of the domestic market for point-of-sales systems.

He also sees potential for a cybersecurity subscription service based on quantum computing that protects users from advanced cyberattacks.

Shimada hasn't publicly stated his stance on a potential private equity buyout that hedge fund shareholders have been calling for.

If that happens, he could still pursue his strategy - provided existing management were allowed to stay on. 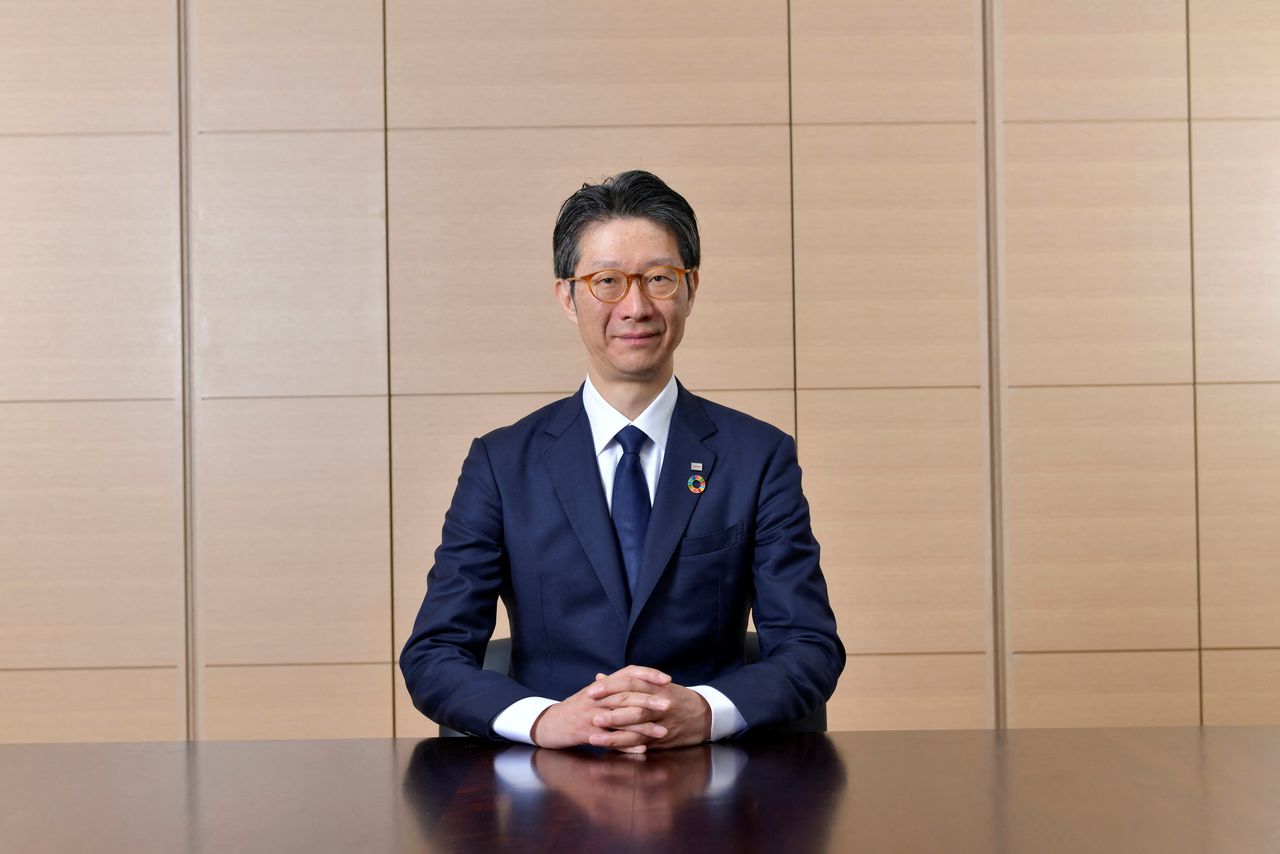 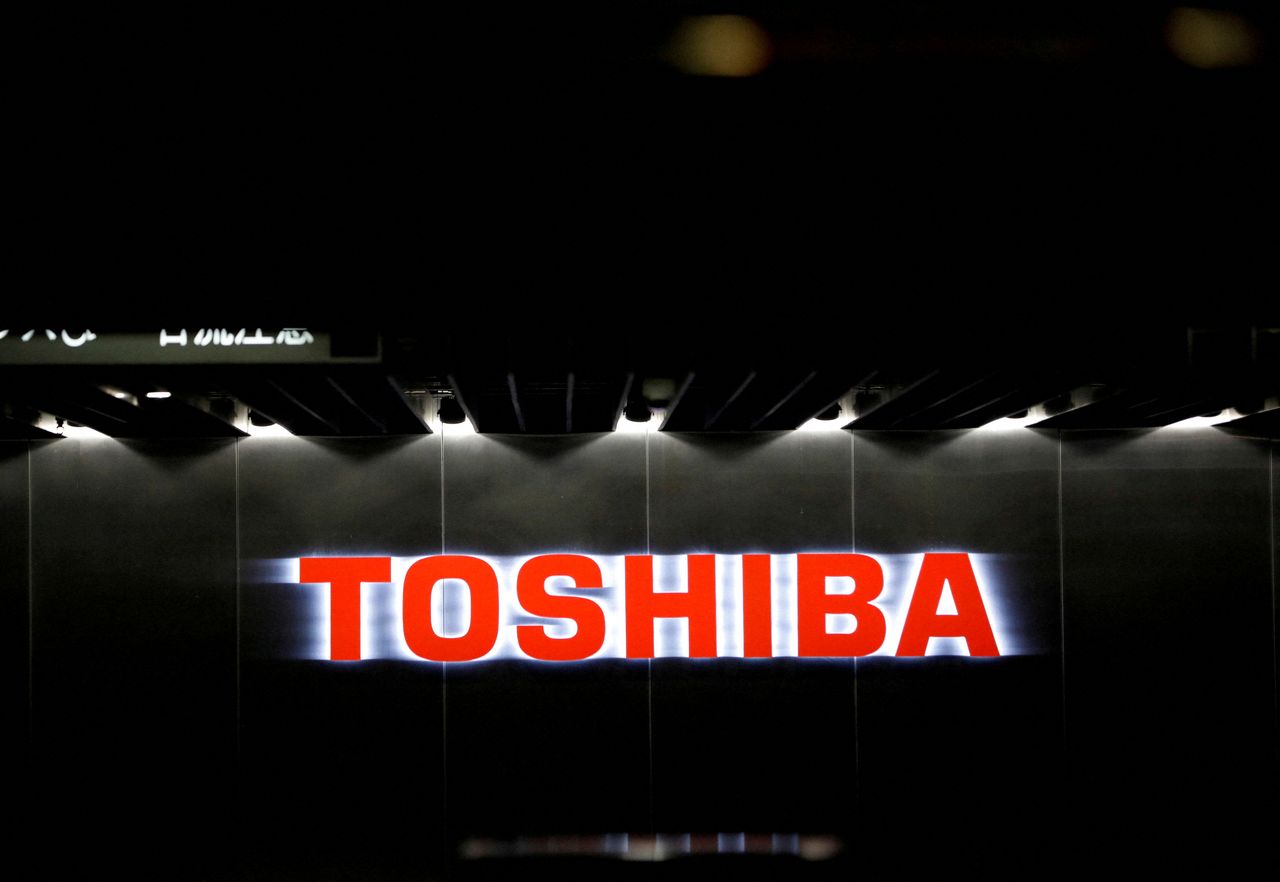 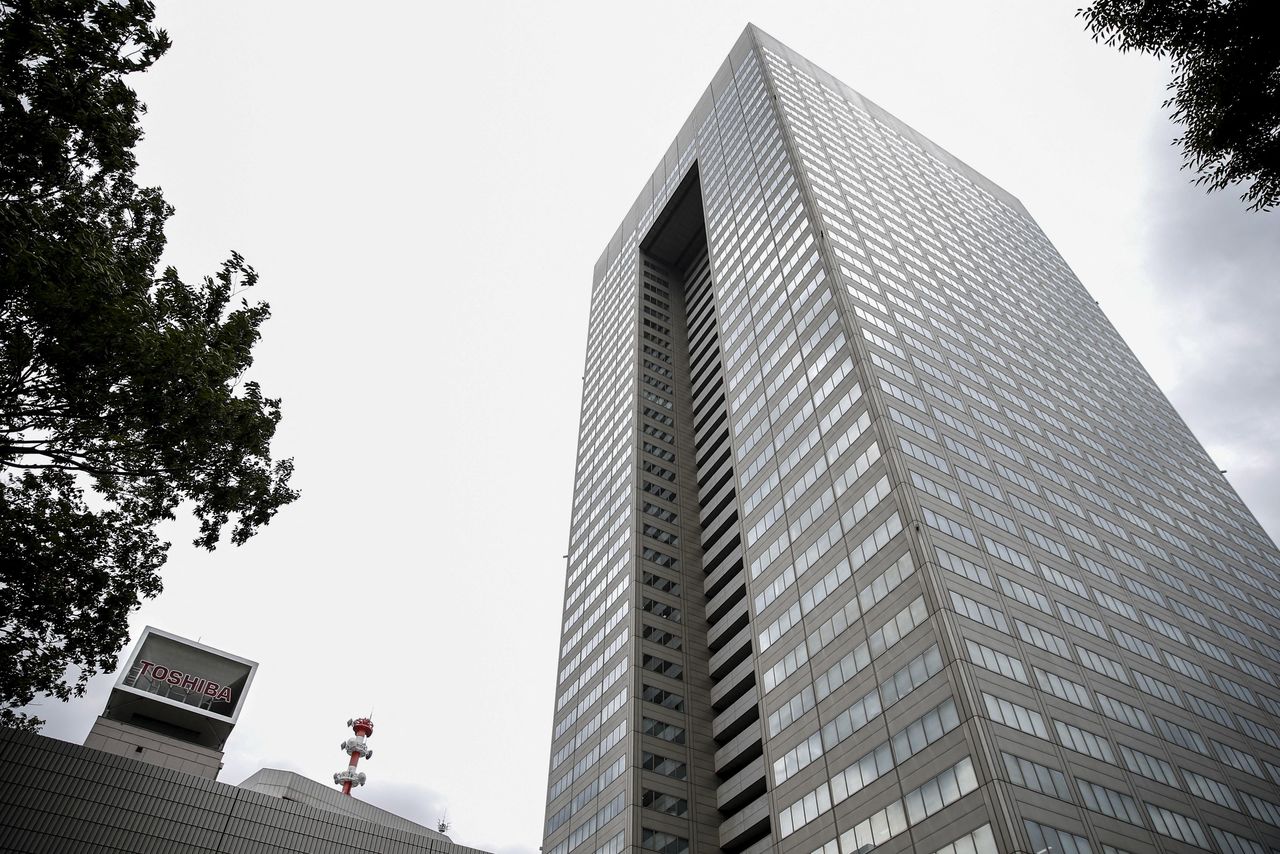 FILE PHOTO: The headquarters of Toshiba Corp is pictured in Tokyo in this August 13, 2015 picture. REUTERS/Thomas Peter