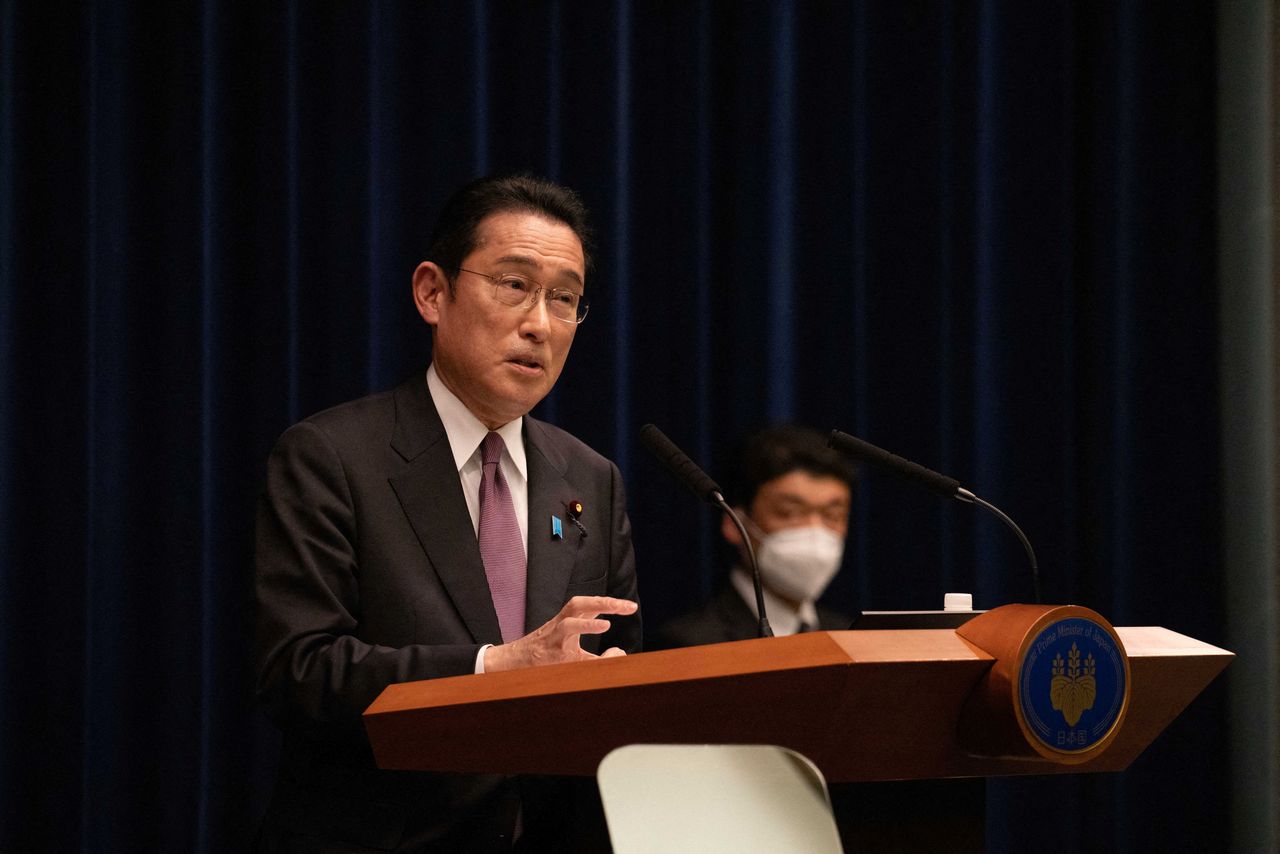 By Kentaro Sugiyama and Daniel Leussink

TOKYO (Reuters) -Japanese Prime Minister Fumio Kishida on Tuesday ordered his cabinet to put together a fresh relief package by the end of April to cushion the economic blow from rising fuel and raw material prices.

The package will likely consist of an extension of a gasoline subsidy for oil distributors, as well as other steps to ease the pressure on companies and households hit by soaring raw material costs.

“We need to prevent rising fuel, raw material and food prices from inflicting a huge impact on people’s livelihood and economic activity,” Kishida told his cabinet ministers, underlining the policy dilemma facing Japan and the rest of the world as the Ukraine crisis fans global inflationary pressures.

For the time being, the government will tap special reserves set aside under the fiscal 2022 budget to fund the spending measures, Kishida said.

The 5.5-trillion yen ($44.4 billion) in special reserves is mainly set aside for emergency spending to cope with the COVID-19 pandemic.

Kishida is under pressure, including from his party’s ruling coalition partner Komeito, to compile an extra budget, instead of relying solely on the reserves, to inflate the size of spending for the relief package.

“The prime minister’s order was to come up with ways to support not just companies but households,” economy minister Daishiro Yamagiwa told reporters.

Rising fuel and raw material prices have put additional strain on Japan’s economy, which has lagged other countries in making a sustained recovery from the impact of the pandemic. Resources-poor Japan is dependent on imports for its energy needs.

The fresh relief package could come in at 3 to 5 trillion yen, as policymakers were likely to argue that smaller spending would not have a substantial impact on the economy, said Atsushi Takeda, chief economist at Itochu Economic Research Institute.

“People who received cash handouts still have money left unspent. Economic conditions would likely improve as long as the coronavirus is ended - regardless of whether there will be extra economic measures or not,” Takeda said.

Political pressure for big fiscal spending is expected to heighten ahead of an upper house election in the summer, which Kishida must win to solidify his grip on power within his ruling Liberal Democratic Party.