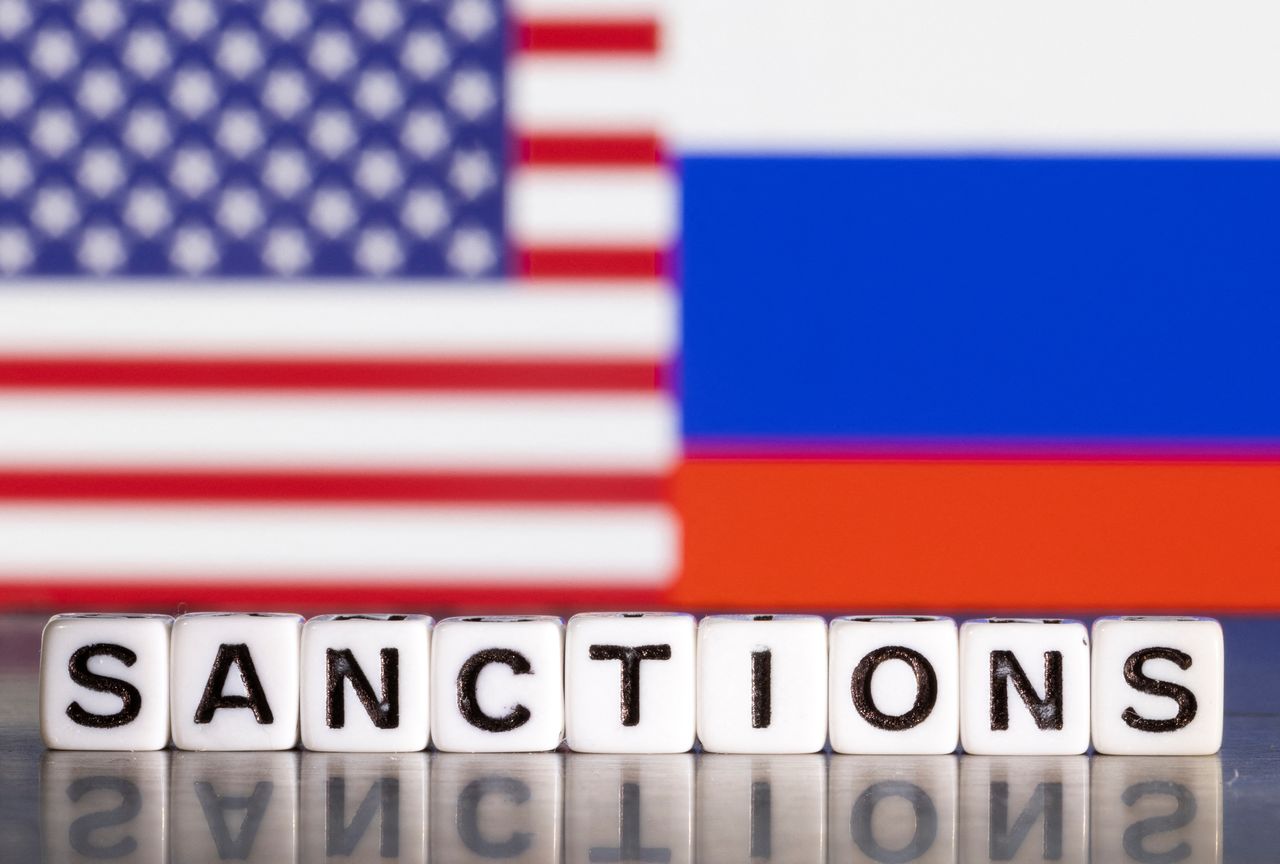 FILE PHOTO: Plastic letters arranged to read "Sanctions" are placed in front the flag colors of U.S. and Russia in this illustration taken February 28, 2022. REUTERS/Dado Ruvic/Illustration

TAIPEI (Reuters) - The United States has not seen any indications of non-compliance in Asia with export controls on Russia due to its invasion of Ukraine, and companies are even self-sanctioning, a senior U.S. official said on Tuesday.

"The restrictions have been in place for roughly a month, a little bit over a month, and we certainly haven't seen any indication that there's non-compliance, in fact we've seen the reverse," Matthew Borman, U.S. Commerce Department Deputy Assistant Secretary for Export Administration, told a teleconference when asked about Asia's response.

"I think there's also a fair amount of additional self-sanctioning, if you will, by multinational companies operating in Russia," he added.

Major players know there is a significant risk to their business if they don't comply because of actions the United States could take, including fines or criminal penalties, Borman said.

"We know that Russia is quite dependent upon foreign supplies for some key inputs like semiconductors so I think it will be relatively readily apparent if there is non-compliance and the task will be to trace that back to its origin."

In Asia, Japan, South Korea, Singapore and Taiwan have joined in the Western-led sanctions effort.

China, the world's second-largest economy and a close friend of Russia's, has repeatedly voiced opposition to the sanctions, calling them ineffective and insisting it will maintain normal economic and trade exchanges with the country.

Borman said the United States had held talks with Chinese government officials to explain the "scope of the controls" on Russia, and could take enforcement actions on any Chinese firms found to have breached the U.S. bans.

The United States has warned of significant consequences if Beijing offers material support to Russia for its war in Ukraine, or provides an economic lifeline to Moscow in the face of the sanctions.

U.S. President Joe Biden, who spoke with China's leader Xi Jinping earlier this month, has said that China understands its economic future is more closely tied to the West than to Russia.

"We're always willing to work with any government in Asia to explain in more detail our actions," Borman said.