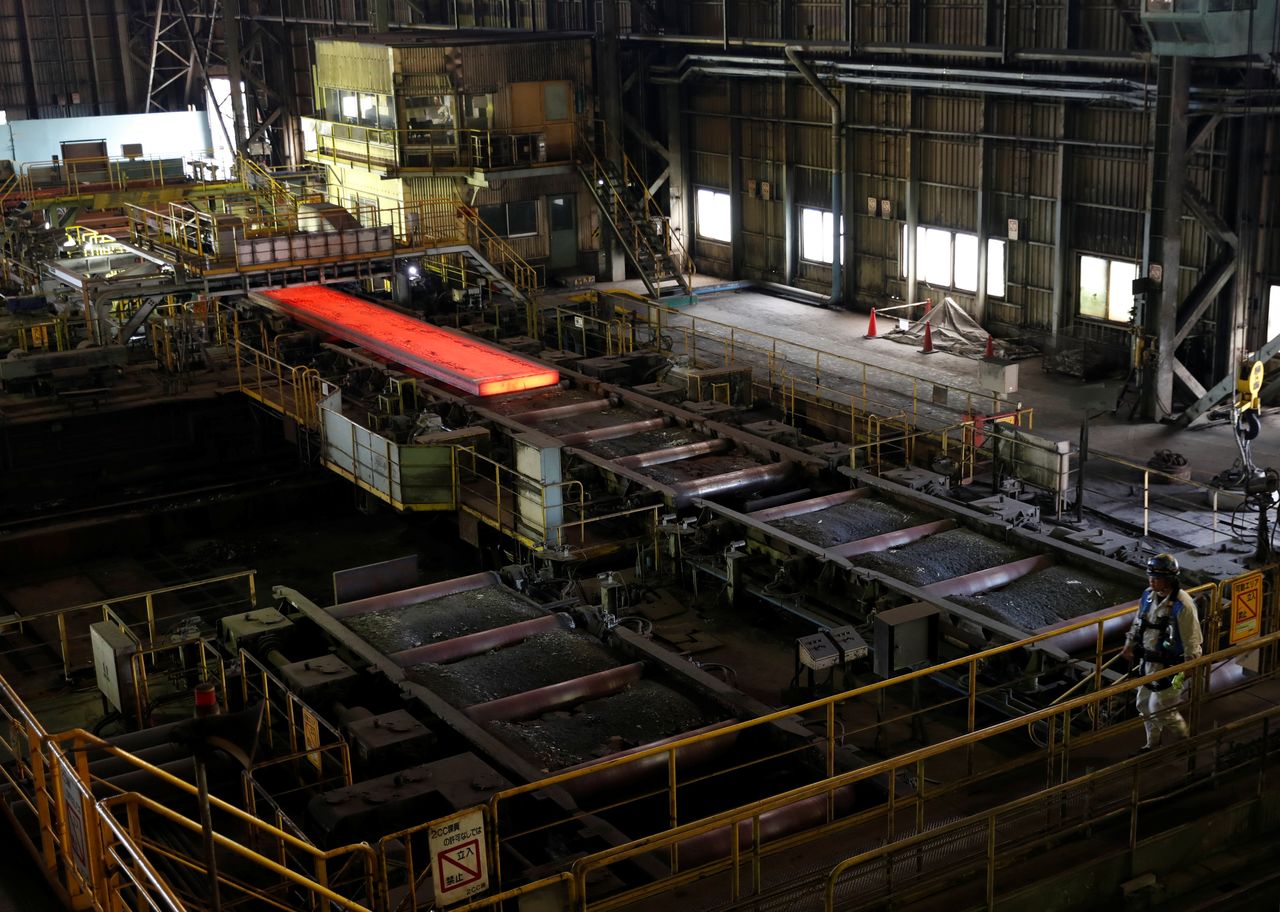 TOKYO (Reuters) -The conflict between Russia and Ukraine, which are exporters of steel products, will have a huge impact on global steel demand and trade if it lasts for a long time, the head of a Japanese steel industry group said on Tuesday.

"These risks have grown bigger because of the Russia-Ukraine conflict and we will see a huge impact on global steel demand if it lasts for a long time," he said, adding it will also affect global steel trade as Russia and Ukraine have a big presence in the market.

Hashimoto also said the recent plunge in yen against the U.S. dollar poses a serious challenge to Japanese manufacturers as some industries have not overcome deflation pressure to pass on rising costs.

Former Japanese Prime Minister Shinzo Abe's rise to power in 2012 ushered in bold policies known as "Abenomics" that helped revive the economy and boost corporate profits and exports, as the yen sank to around 120 yen from 80 yen levels.

But the yen's recent tumble added to costs for Japan Inc which has already suffered surging energy and resources prices amid a global economic recovery from the pandemic-induced slump and growing trend toward decarbonisation, Hashimoto said.

"Japanese companies have been struggling to deal with a stronger yen, but now for the first time a weaker yen is causing a negative impact. This is a serious challenge for Japan," he said.