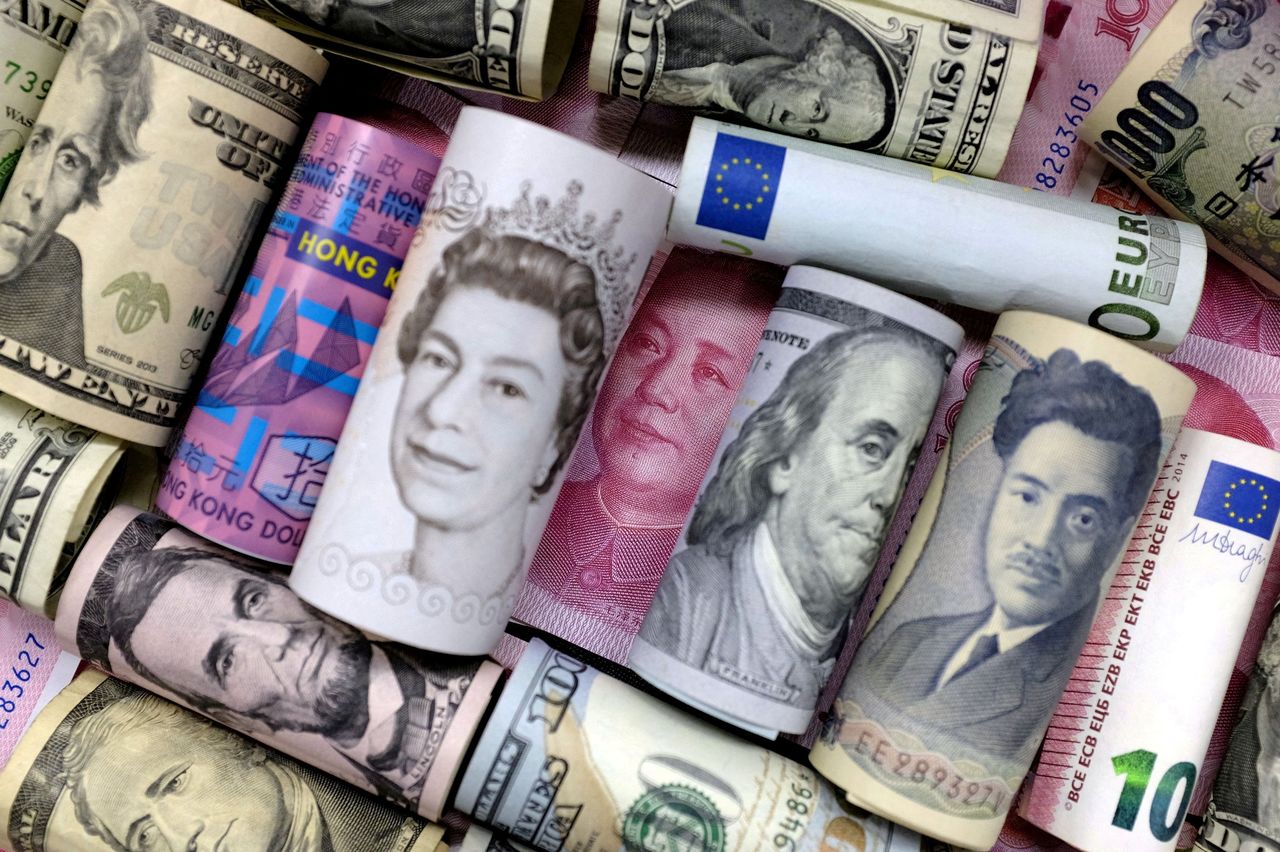 NEW YORK (Reuters) - The dollar dropped to a nearly two-week low on Wednesday as optimism over peace talks between Russia and Ukraine faded and investors' attention shifted to economic data and interest rate expectations.

The dollar index, which measures the greenback against a basket of six peer currencies, was down 0.57% at 97.861 at 2:20 p.m. Eastern Daylight Time, having earlier touched its lowest level since March 17.

Much of that weakness was due to strength in the euro, which had rallied on Tuesday following Russia's promise during peace talks to reduce its attacks on Kyiv.

The shift in tone in the Russia-Ukraine peace talks suggested "the conflict may be moving to a more localized phase with some of the more extreme tail risk scenarios reducing in probability," analysts from JPMorgan said in a note to clients on Wednesday that recommended buying EUR/USD.

The United States, however, warned it had not seen "signs of real seriousness" from Russia, whose forces continued to bombard the outskirts of Kyiv and a besieged city in northern Ukraine on Wednesday.

While optimism over the Moscow-Kyiv talks waned, inflation reports fanned expectations that rising costs, which were accelerated by Russia's invasion of Ukraine, would force Europe to rate hikes sooner rather than later, supporting the euro.

"The euro was slightly appreciating before inflation readings for March but got an additional boost upon their arrival," said Derek Holt, head of capital markets economics Scotiabank Economics.

Preliminary data showed that German annual inflation rose to its highest level in more than 40 years in March as prices of natural gas and oil products soared. Spain's flash CPI data for March showed prices rising at their fastest since May 1985.

Aside from its safe-haven status, the dollar has drawn strength this year from investor expectations that the U.S. Federal Reserve, which raised rates by 25 basis points at its March 16 meeting, will be more hawkish than the European Central Bank.

In Europe, data and policymakers' warnings highlighted stalling growth, plummeting confidence and soaring inflation as the European economy feels the impact of the war in Ukraine.

"Investors in thinking about how far to go the ECB has and even a shift in sentiment and shift in policy will certainly send the euro higher, just from expectations and speculative demand on the currency," said Ivan Asensio, head of FX risk advisory at Silicon Bank.

Elsewhere, the yen recovered further from its seven-year low hit on Monday, after a meeting between Bank of Japan (BOJ) Governor Haruhiko Kuroda and Prime Minister Fumio Kishida added to speculation about the level of official discomfort with a falling yen.