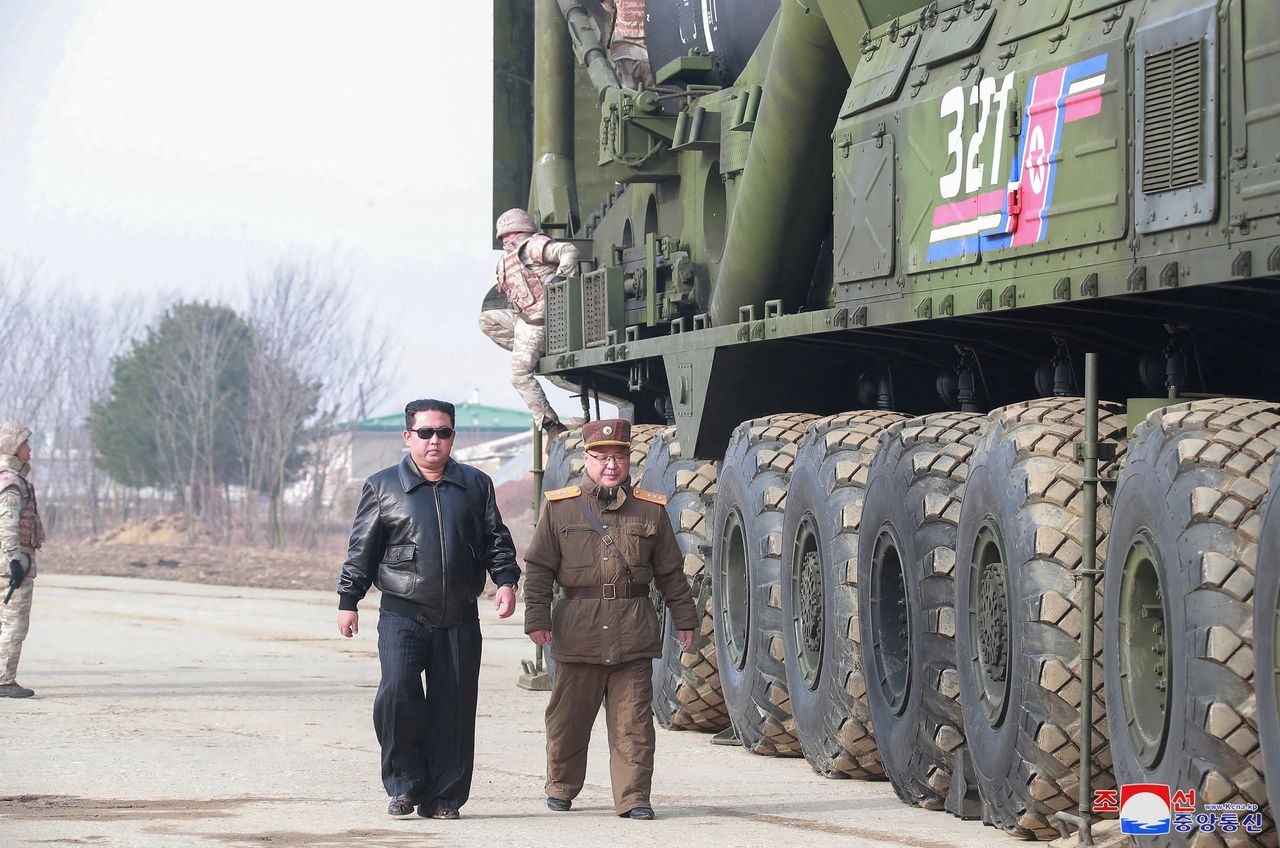 South Korean and U.S. officials have concluded that the March 24 launch appears to have been a Hwasong-15 ICBM, a defence ministry official said, speaking on condition of anonymity because of the sensitivity of the matter.

Washington has not yet publicly weighed in, with Pentagon spokesman John Kirby telling reporters on Tuesday that the test was still being analysed.

North Korea fist test-fired the Hwasong-15 in Nov. 2017, before imposing a moratorium on ICBM testing that ended with last week's launch.

Open-source analysts noted discrepancies in video and photos released by North Korean state media after that launch, saying shadows, weather, and other factors suggested it was from an earlier test, possibly a failed launch on March 16.

“The choice of the Hwasong-15, which is more reliable with the successful test in 2017, could be intended to block rumours and ensure regime stability by delivering a message of success within the shortest time possible, after residents of Pyongyang witnessed the failure of the March 16 liftoff,” the defence ministry said in a report provided to parliament and obtained by Reuters.

The test could additionally have been aimed at boosting its status as a military powerhouse and improving bargaining power against South Korea, the United States and the international community, the report concluded.

U.S. and South Korean officials had said that tests on Feb. 27 and March 5 involved the Hwasong-17 system, likely in preparation for a full-range launch. North Korea never acknowledged the March 16 launch or its reported failure.

Debris from that failed test rained down over Pyongyang, Ha Tae-keung, a South Korean lawmaker briefed by the military told reporters on Tuesday.

Thursday's missile's characteristics, such as ascending acceleration, combustion, and stage separation times were similar to those of Hwasong-15 even thought the flight flew farther and reached higher altitudes, the report said.

South Korean officials had suggested North Korea may have modified a Hwasong-15 or launched it without a significant test payload to increase its range.

Analysts say the March 16 explosion may have been caused by a problem in the engines. The ministry report noted that the Hwasong-17 requires a more sophisticated cluster of four Paektusan-class engines compared with the Hwasong-15's two, and that eight days between launches was not enough to analyse the cause of the failure.

"If March 16 was a Hwasong-17 failure and March 24 was a Hwasong-15, it obviously shows the Hwasong-17 still has teething problems," said Vann Van Diepen, a former U.S. government official involved in weapons of mass destruction and nonproliferation.

A second successful test of the Hwasong-15 would have confirmed its reliability, but if its improved performance was only because of reduced payload, then the significance would be limited, he said.