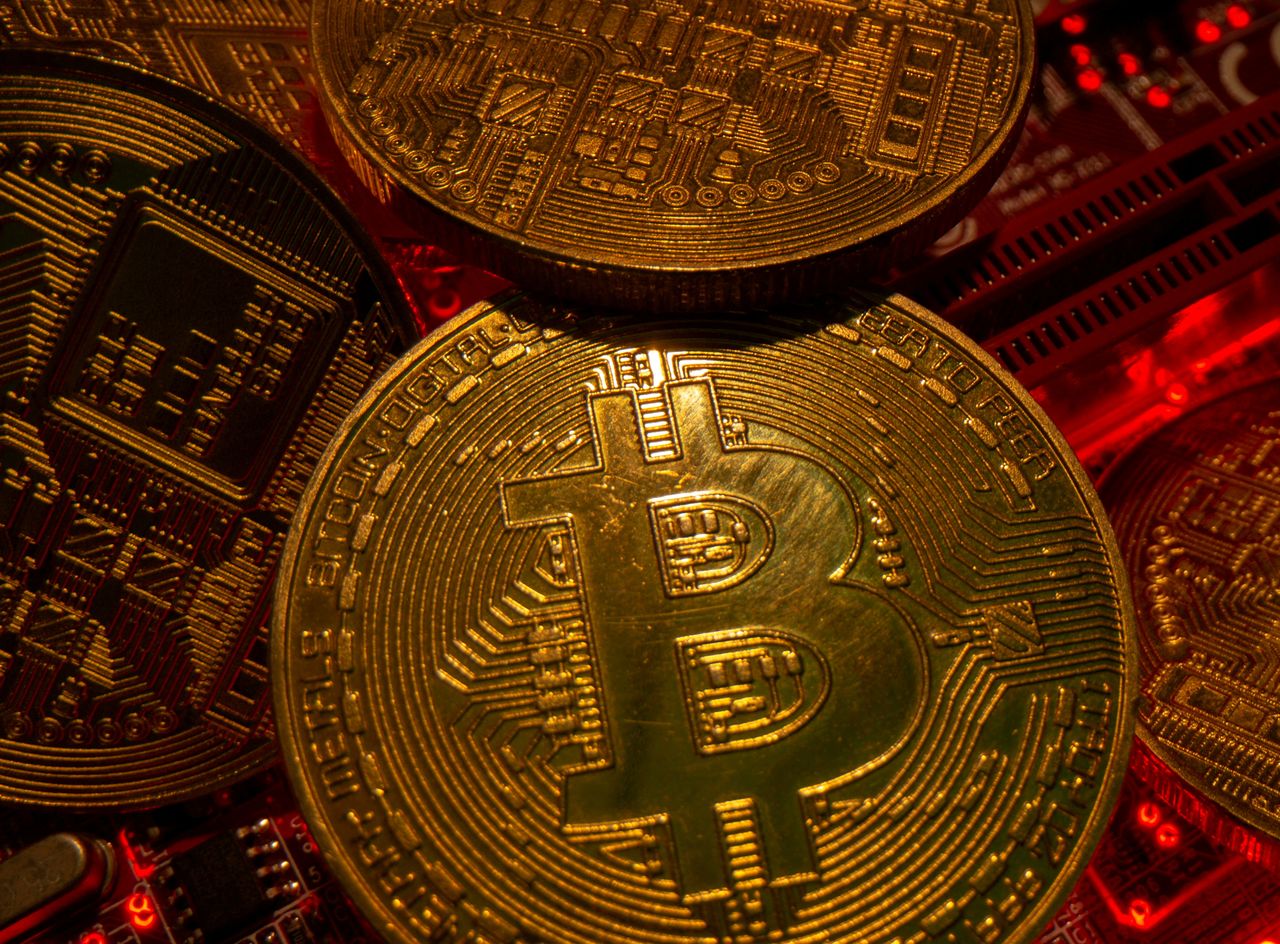 FILE PHOTO: Representations of the virtual currency Bitcoin stand on a motherboard in this picture illustration taken May 20, 2021. REUTERS/Dado Ruvic/

TOKYO (Reuters) - G7 policymakers must speed up creation of a common framework to regulate digital currencies, as the Ukraine war heightens the need to avoid them being used as a loophole against sanctions, a senior Bank of Japan official said.

Cryptoassets and stablecoins have come under the regulatory spotlight amid concerns they could be used to evade financial sanctions imposed on Russia since its invasion of Ukraine.

Such digital currencies could upend the global settlement system as they make it easier to circumvent conventional payment means using the U.S. dollar, euro and yen, said Kazushige Kamiyama, the head of the BOJ's payment and settlement systems department.

"By using stablecoins, it's not very difficult to create an individual global settlement system," Kamiyama told Reuters in an interview.

Policymakers of the Group of Seven advanced economies must act quickly in laying out a common understanding on how to update current rules, which do not sufficiently take into account the growing presence of digital currencies, he said.

"G7 nations are now working together on this front, while sharing information on current developments," said Kamiyama, who is involved in G7 discussions on digital currencies.

U.S. allies including Japan imposed sanctions against Russia for invading Ukraine on Feb. 24, including the removal of many Russian banks from the global payments system SWIFT.

But regulating cryptoassets and stablecoins isn't easy, as holders can transfer funds across borders far more easily than through legal tender.

The need to balance privacy and money-laundering concerns will also affect debate on the design of a digital yen, said Kamiyama, whose department is charged with the BOJ's experiments on issuing a central bank digital currency (CBDC).

The BOJ will begin the second phase of experiments from April, which will last about a year and check features such as whether to set a limit on the sum each entity can hold, he said.

While BOJ Governor Haruhiko Kuroda has said a decision on whether to issue CBDC may come by 2026, Kamiyama said the timing will depend partly on how quickly other central banks move.

"Given how so many advanced nation central banks are moving collectively, dramatically and simultaneously on CBDC, it could cause big changes in the settlement system in the future," he said. "Japan needs to make sure it's not left behind."