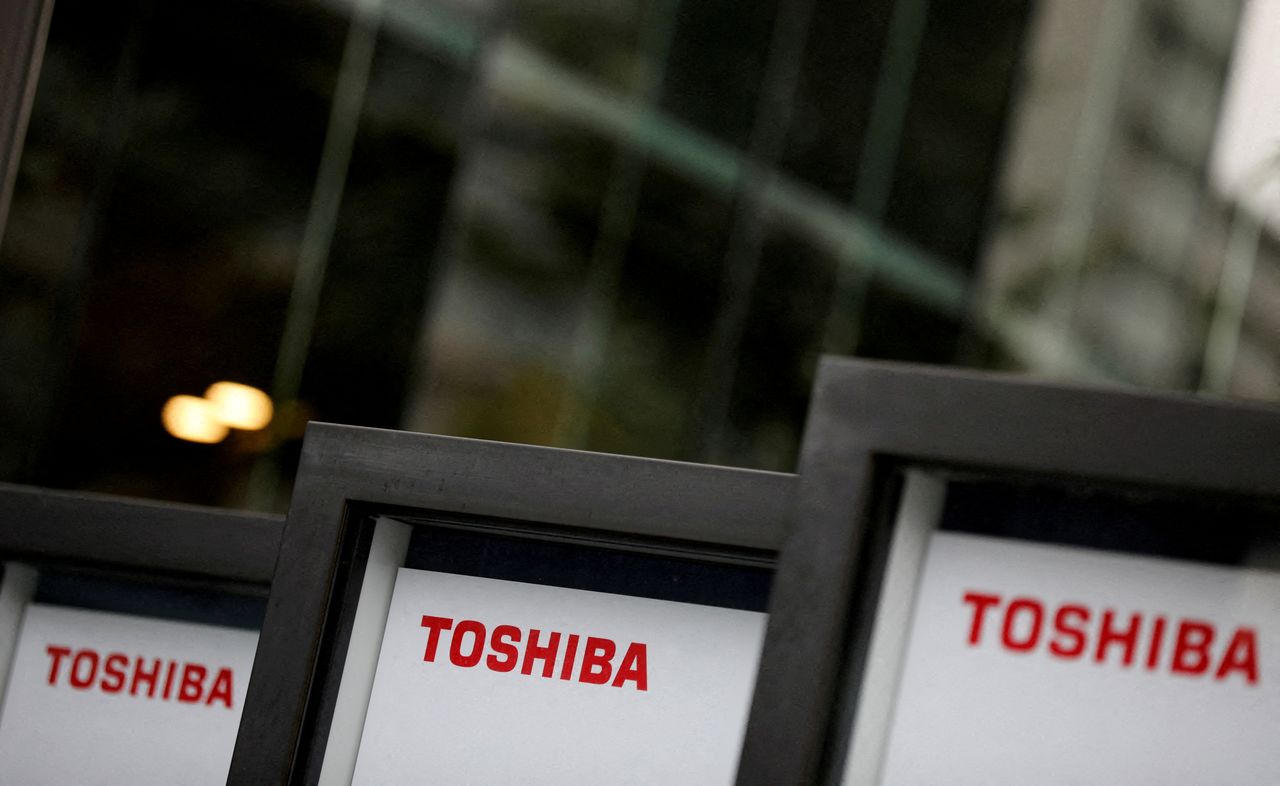 By Makiko Yamazaki and Junko Fujita

TOKYO (Reuters) - Toshiba Corp's top shareholder said it had agreed to sell its stake to Bain Capital if the U.S. private equity firm launched a tender offer, potentially forcing the embattled conglomerate to revive talks for a private equity buyout.

The agreement between Bain and Singapore-based Effissimo Capital Management, which owns about 9.9% of Toshiba, comes as shareholders last week voted down the Japanese industrial conglomerate's plan to split its devices unit.

Effissimo said in a regulatory filing on Thursday it had signed a confirmation letter dated March 24 that it would tender to a bid that allows Bain to own at least two-thirds of Toshiba and that clears regulatory approval.

It also said the agreement would be invalidated if a potential bid by Bain was set to fall through, leaving open the possibility for Effissimo to tender its stocks to someone else who makes a superior offer.

"This basically means it's going to kick off a competitive auction process," a Toshiba shareholder told Reuters on condition of anonymity.

The Nikkei business daily reported that Bain is planning to team up with Japanese investment funds in making a buyout offer.

Bain said in a statement nothing had been decided about a takeover bid for Toshiba, adding there were many issues that needed to be resolved to launch a bid to take Toshiba private.

"We believe we need to have careful and sincere dialogues with Toshiba management, the Japanese government, financial institutions and other stakeholders," it said.

INTEREST FROM OTHER PRIVATE EQUITY FIRMS

Three sources with knowledge of the matter have told Reuters that other global private equity firms are also interested in taking Toshiba private.

One of them sounded out Toshiba management about a potential buyout in January, saying that it could make a proposal if the company is interested, said the sources, who declined to be identified as the talks were private.

Toshiba said in a statement it was not involved in the confirmation letter between Effissimo and Bain, as well as in its contents.

It also said the company accepts the opinion of the shareholders expressed at last week's meeting and will aim to build trust with shareholders and reconsider its strategic options to enhance value.

A spokesperson for Effissimo, when asked about the filing, said the fund planned to announce its stance at the appropriate time.

During a five-month strategic review through November, Toshiba held discussions with private equity firms but decided not to entertain potential offers.